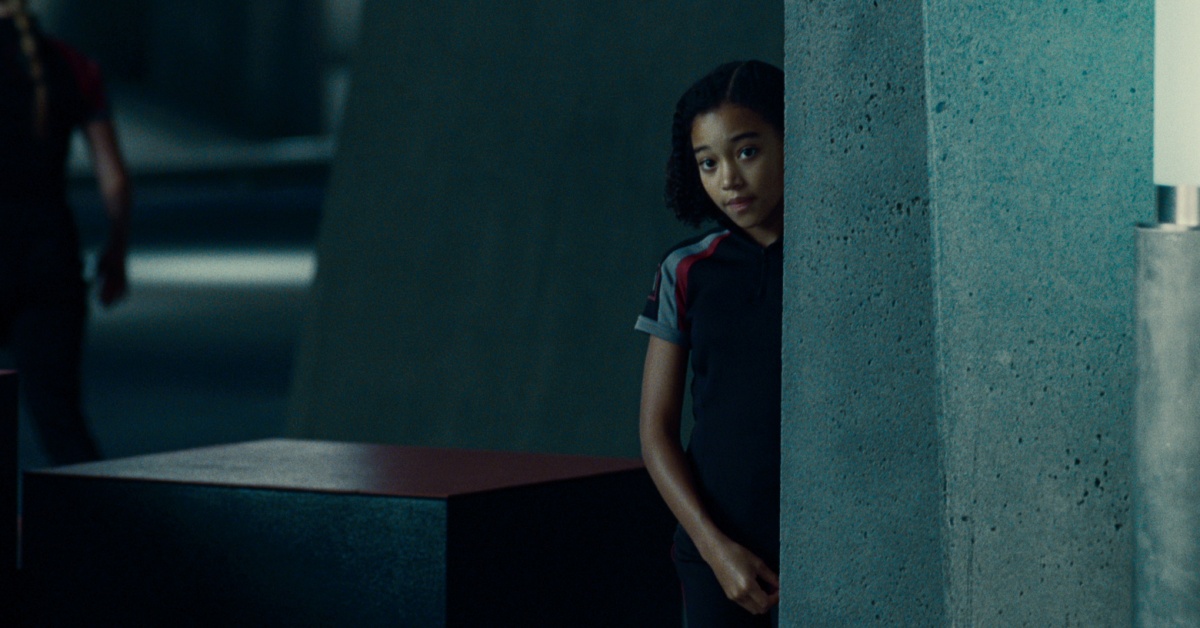 Yesterday, we reported that Hunger Games writer Suzanne Collins is working on a new Hunger Games prequel novel and that Lionsgate is already looking into the possibility of turning it into a film because of capitalism.

Because I spent my late teen years during the era when The Hunger Games, Divergent, and the Twilight Saga were the big franchise movies, I was privy to a lot of the conversations that emerged, at the time, about diversity in the genre, especially when it came to The Hunger Games and Divergent. While race in Twilight is very problematic, that franchise, at the very least, had visible people of color in major roles, Hunger Games and Divergent were both films in which casting issues highlighted the way non-white leads in the dystopian genre were not treated as bankable.

Back in 2012, when the first movie came out, there were two race-related controversies surrounding the franchise, but both of them revolved around the same issue: the assumption of whiteness when reading the source material.

First was the casting of the main character, Katniss Everdeen, who is described in the books as having “straight black hair, olive skin, and grey eyes.” There were many readers who did not assume that Katniss was a white character, as olive skin doesn’t equal any one ethnicity, especially when, in the books, Katniss is supposed to be more like her father, while her sister (Prim) and mother are described as being blonde with very pale skin. When Jennifer Lawrence was cast, people were quick to note that not only does she not look anything like Katniss’s description, but this was throwing away an opportunity for a non-white/mixed-race actress to play the role.

What’s more is that, with few exceptions, all the serious contenders for the role were other white actresses, such as Lyndsy Fonseca, Emma Roberts, Saoirse Ronan, etc.

In the books, Katniss and her family come from District 12, and the district is split into two distinct housing areas and social classes. The “Seam” is the slum where Katniss lives, and most people who live there look like her—darker complexion and coloring, while people who look like her mother are usually part of the “Square,” a slightly better area, and have blond hair, blue eyes, and fair skin. I wonder what that could be alluding to in our own real world …

It’s a common thing to take the struggles and historical oppression that people of color have faced and then repackage it into a general dystopian narrative, while simultaneously removing people of color from that narrative. The ethnic ambiguity of book-Katniss makes it possible for people, especially those who are looking for diversity, to see that she does not have to be a white character. However, since our Western society has often defaulted whiteness into what it means to be a protagonist, that made a lot of people see Katniss as nothing other than white.

What also happened in 2012 was the backlash against the casting of Rue. Rue was played by Amandla Stenberg, and they were the cutest little thing on Earth, especially for a character whose fate is to die sympathetically. However, a very loud portion of the internet was angry about this because they didn’t realize that Rue was Black even though she was described as having dark brown skin in the text. I remember the horrible tweets that came of “fans” saying that they longer felt sympathy for Rue’s death because the character was Black, with one person bluntly saying, “Sense when has Rue been a n*****.”

I was just getting ready to turn 20 at the time, and despite having been in fandom for a while by then, it was a dark reminder that Black bodies in the genre are usually not valued—not by fans, and sometimes not even by the writers. There are only a few characters of color in The Hunger Games, and one of them (Enobaria) is a “savage” character who filed her teeth into fangs inlaid with gold. Those experiences made me realize the way some people perceive race in fantasy.

I hope that Collins will introduce more characters of color in this prequel, and that if we get a new movie, they will create a dystopia that actually is a realistic version of a futuristic North America—you know, the North America that, by 2044, will be more inclusive and diverse than it is now.