And Now, More Pictures of Peeta and Gale From the Hunger Games Movie

There’s a lot of buzz going on about the upcoming Hunger Games adaptation–some are saying it will be the next Twilight phenomenon; I would like to point those people to this comic and move on with my life, never hearing that comparison ever again. Nevertheless, it is almost guaranteed to be a pretty damn epic movie if it holds true to virtually any of the emotional truth in the books, and now we can get our first glimpses into Josh Hutcherson and Liam Hemsworth in costume and on set as Peeta and Gale.

The photos are courtesy of Entertainment Weekly‘s cover story this week, and contains sweet little tidbits like the buddy-buddy off-screen relationship between Hutcherson and Hemsworth:

It was a love-fest when Liam Hemsworth (The Last Song) and Josh Hutcherson (The Kids Are All Right) learned they’d landed the roles of Gale and Peeta, respectively. The guys first met after Hutcherson worked with Hemsworth’s big brother, Chris, on an upcoming remake of Red Dawn. Says Hutcherson, ”I sent him a text: ‘Dude, we have The Hunger Games! I’m so stoked, man, this is awesome!”’

Awwwwww. But enough of that, let’s get to the pictures.

First and foremost, we get to see the baker’s son holding some very weighty-in-meaning bread. 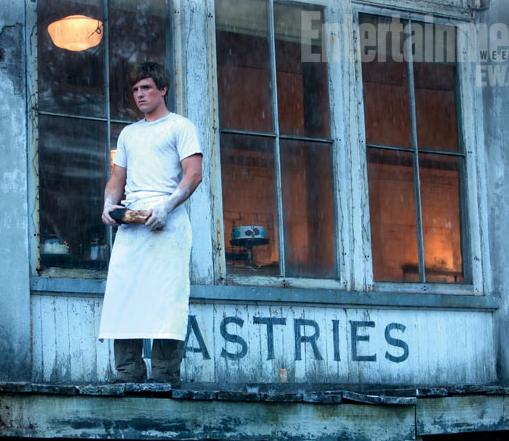 And Katniss and Gale in the woods together. 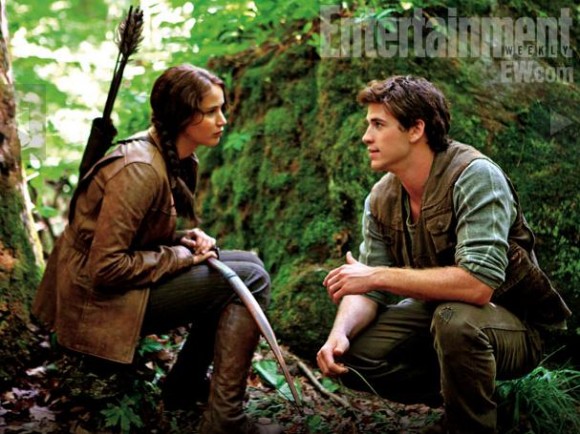 And Katniss being all sneaky in the woods, although her expression is questionably serene considering she is presumably trying not to get murdered. 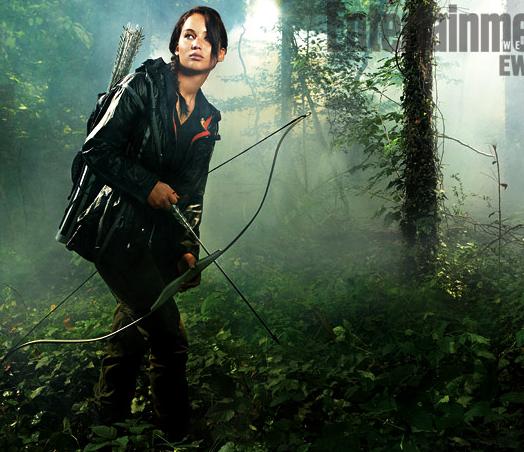 And here are Gale and Peeta marching manly-like through the woods. 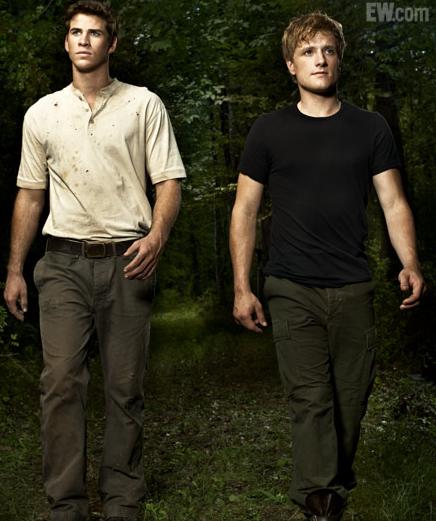 And staring, also in quite the manly fashion, from the cover. 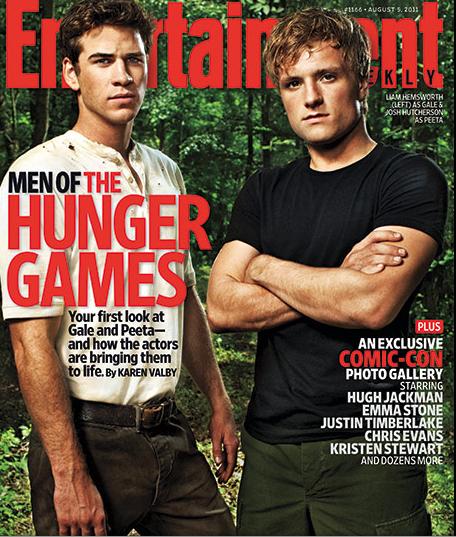 And this is all well and good; in fact it’s quite exciting. I’ve been waiting since the initial casting announcements were made to see if the visuals of the film characters would match up with the vision in my head (verdict: Josh Hutcherson has my blessing; Liam Hemsworth…lets wait until I see him talk).

But so far, we’ve only seen the press go after Peeta, Gale, and Katniss. And while Katniss and Peeta are arguably the first book’s main characters (Katniss more so, obviously, as the series is told from her perspective), I need less focus to be on this whole love triangle thing and more lasered in on the whole dystopian-world-full-of-sadness-and-terror. The books are about so much more than romance; it certainly wasn’t the first thing on Katniss’ mind.

So, with that said, where the hell is Haymitch? And Effie? And Cinna? I’m sure we’ll see all them soon enough, but I’m at the point where my curiosity just wants this movie out now, which is really inconvenient since it’s not even 2012 yet.