Yes, Hugh Jackman Realizes Someone Will Eventually Replace Him As Wolverine 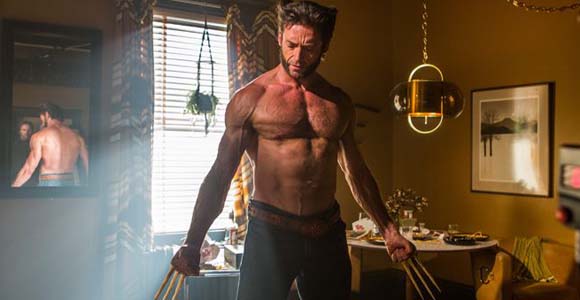 With Jackman getting older and wanting to persue roles which didn’t require him to eat nothing but chicken breasts for months on end, I was sure the actor would have been replaced by now. But even with the dreadful film that was X-Men Origins: Wolverine, audiences can’t seem to get enough of the man. And that’s fine by Jackman. Speaking to IGN.com on the set of X-Men: Days of Future Past he said:

Well luckily, of all the bouncing around I do, the easiest one to bounce back to is Wolverine obviously. For me, the experience kinda gets weirdly… I don’t feel, people might presume I’m getting tired of it. I don’t. It feels deeper to me and even more engaging than ever. I’m probably having more fun with the character than ever before. But this particular film is one that brings up a lot of feelings of gratitude for me. First of all, to walk on the set in the first few weeks was weird. It was like a reunion with Bryan. I owe a lot to Bryan. He cast me in this character. This was the first film I ever did in America and it had this incredible cast, this great director, and I was playing this unbelievable role. Even if it was bad, I would have said yes, because I had no other options. But it happened to turn out to be a great movie and a great character!

They also talked about recasting younger, first for X-Men: First Class to which the actor said, “I’m sure they had the discussion. They didn’t mention it to me, obviously!” And then for whatever comes next:

Look, that’s inevitable, man. Anyone who thinks they’re indispensable in this business is fooling themselves. But I feel unbelievably blessed to have this part. I never thought in a million years I’d get to play him seven times. Every day I walk on the set with the claws and the hair, I thank my lucky stars. I don’t take any of it for granted. To think that in a second version we’d have this cast and this director, and you guys don’t know the script, but I would say probably the best script of all of them, is pretty amazing. I think that’s why I’m still here. I’m sure by the way, that it won’t always be my decision to always be here. At some point, someone will close the door on me… [Laughs]

Whenever Jackman and the X-Men franchise do part ways, I hope they retire Wolverine for a while. I don’t mind another actor playing him but I connect Jackman so deeply with the role now that I’d need some time to put him aside.

Considering has a time travel aspect to it, IGN asked Jackman where he’d go if he had the ability. He said, “I want to go back to the ’80s! I want to go back to my high school days with what I know now! [Laughs] The things I worried about back then, I wouldn’t worry about now.”