Hugh Hefner Is Still Exploiting Marilyn Monroe, Even in Death 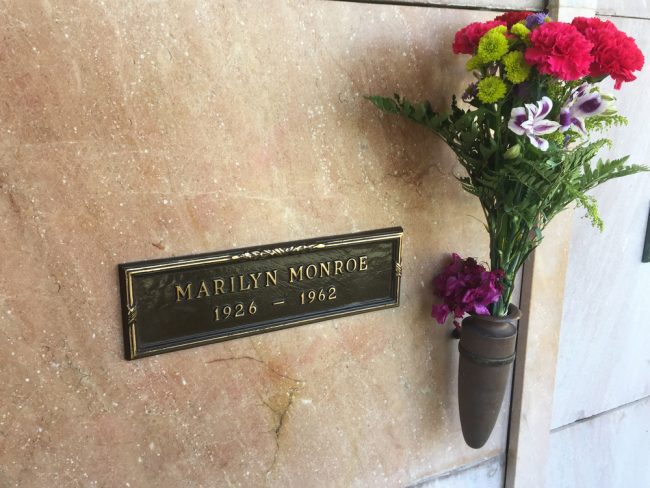 Hugh Hefner passed away yesterday at the age of 91, spawning a lot of conflicted feelings and arguments on the internet. To some, Hefner was a pioneer of sexual liberation. To others, he was exploitative and destructive. And for a lot of people, it’s complicated, and his death doesn’t simplify his legacy.

So yes, I understand the cultural importance of Hugh Hefner. But I'll forever work through what he taught me as a girl about sex and gender.

Hugh Hefner is rightly remembered for rebelling against right wing moralism before most people, but please don't forget he treated women like garbage to do it.

Among all the Hefner-related discussions happening today, both praise and criticism, there’s one story that keeps popping up, that gets grosser every time I see it: Hugh Hefner will be buried next to Marilyn Monroe. That headline is everywhere. So far I’ve seen it on People, Cosmopolitan, AOL, Billboard, and at least a dozen other sites, all presented with that simple factual headline and little more information given in the articles. Presented without comment, the story sounds fun, sexy, maybe even a little romantic. Hef is going to be buried next to his first-ever cover girl, the “ultimate blonde,” as he called her, and immediately that iconic smirk comes to mind. It’s pure Hefner. Owning his smarmy charm, even in death.

That version of this story leaves out something pretty important: the fact that Marilyn Monroe was an actual person, and one whom Hefner exploited and profited off of without her consent. It’s true, Marilyn Monroe was Playboy’s first cover model. But that’s not the real story. The real story is Hefner bought nude pictures Monroe had shot when she was a struggling, aspiring actress, that were used in a calendar years before she became famous. She received $50 at the time of the shoot. Hefner bought them for $500, and Monroe herself received no compensation. The two never even met. The pictures turned Playboy and Hefner into huge, iconic successes, but at the time, threatened to ruin Marilyn Monroe’s career.

As Sady Doyle writes in her phenomenal book, Trainwreck: The Women We Love to Hate, Mock, and Fear . . . and Why, “Hugh Hefner, the man who’d leaked Monroe’s nudes in the first issue of Playboy decades before the phrase “leaking nudes” was even in the lexicon–he became an instant celebrity; she had to apologize for the photos, and feared for her career–bought the crypt next to Monroe’s for $75,000. It was a gruesome joke, “sleeping with” the woman he’d almost ruined, and doing so without her consent–claiming her in death, as he’d claimed the right to exploit her in life.”

Here’s @sadydoyle on Hugh Hefner buying the crypt next to Marilyn Monroe in her book “Trainwreck.” It’s NOT ROMANTIC. pic.twitter.com/CtLmvqwvgB

I’ve seen people online throwing out all sorts of arguments as to why this is an overreaction. It’s just cute, they say. It doesn’t mean anything. Or that there’s no such thing as consent when you’re dead, that we don’t have to respect their lives after death. First, that’s ridiculous. If people actually believed that, we wouldn’t even have burials or funerals, let alone pay exorbitantly for them. (Also, a lot of people wouldn’t be so angry today at those criticizing Hugh Hefner.) We care about respecting the dead. But this also represents a larger view of women’s autonomy and the way that “sexual liberation” Hef is credited for pioneering is portrayed.

As Suzanne Moore wrote in The Guardian, “The fantasy that Hefner sold was not a fantasy of freedom for women, but for men. Women had to be strangely chaste but constantly available for the right price.” Here, Marilyn Monroe, a symbol of unbridled female sexuality, is forced to play the role of Hefner’s plaything, literally for all eternity, because he paid for the joke of proximity, of eternal sexual innuendo.

In life and death, our bodies are never our own. They are always Belongings. And men are always entitled to them. https://t.co/sr2fs4GiBl

And Hefner is not the only man to do this to Monroe.

As an aside, Richard Poncher was also a scumbag. Marilyn Monroe deserved better than this world. Via @sadydoyle pic.twitter.com/qA7Kabeu55

Marilyn Monroe’s unapologetic sexuality was groundbreaking. But like much of Hefner’s work, his stake in it was never meant to benefit her, or women in general. That’s why he profited off of Monroe’s appearance in Playboy, both financially and professionally, and she didn’t. Women’s sexual liberation was a commodity that he (and other men, men in general) controlled. That’s as clear in Hefner’s death as it ever was in his life.