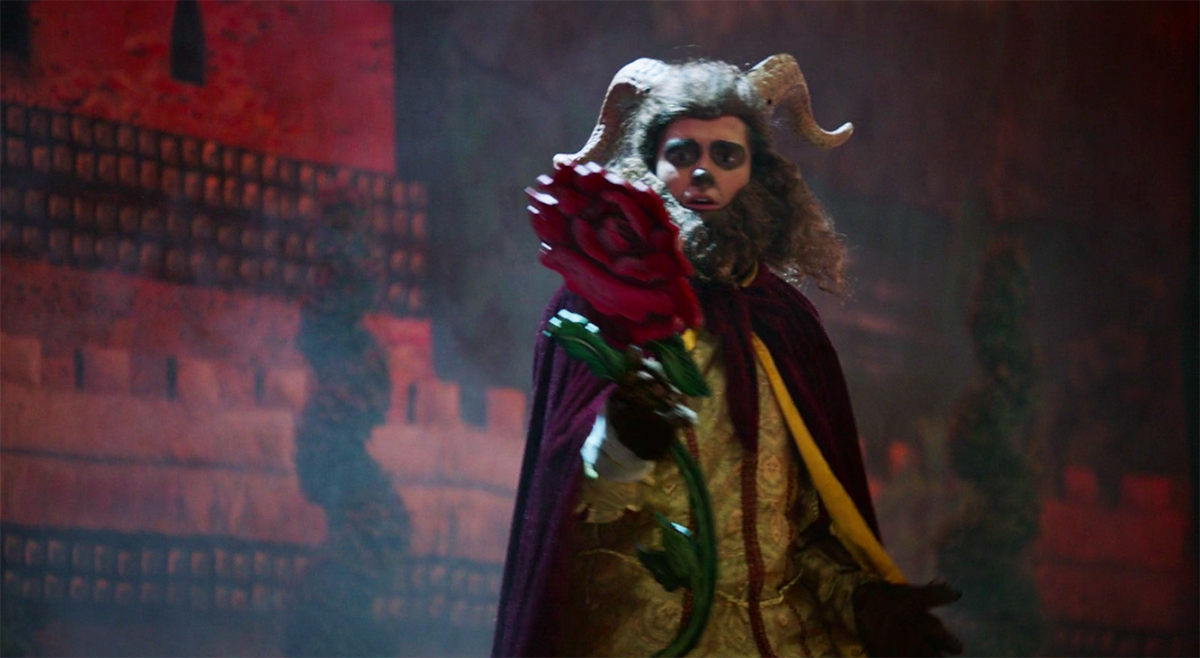 High School Musical: The Musical: The Series is one of my favorite shows. I say that in all honesty. It’s the show that brought us Olivia Rodrigo, and now it is the show that is somehow doing a better job of making a new Beauty and the Beast than the live-action Disney movie did.

As someone who loved Belle as a child and still holds a spot in my heart for the animated Disney movie, I was let down by the live-action film starring Emma Watson and Dan Stevens—not because I didn’t like them; I did! I just didn’t understand why they would not use the songs added to the show for the Broadway production or why they refused to call the Beast by his human name at any point. JUSTICE FOR PRINCE ADAM!

So, color me shocked when I watched the most recent episode of High School Musical: The Musical: The Series only to see the stage manager refer to Ricky (Joshua Bassett) as “Prince Adam” instead of “The Beast.” I screamed. On top of that, the show has included versions of “Home” and “If I Can’t Love Her,” which are featured in the Broadway show and are both better than whatever “Evermore” is. (No shade to “Evermore,” it just does not compare to “If I Can’t Love Her.”)

It was such a little thing, but I ended up crying when I heard “Prince Adam” on the show. I felt like someone there knew how much it sucked to watch everyone call this man “the Beast” to his face in the live-action movie despite the fact that he DOES have a name. You’d think the servants, who knew him before he even WAS the Beast, would at least reference his name, but no. They just all call him the Beast, and at that point … okay, be a jerk. That’s RUDE.

Thank you, High School Musical: The Musical: The Series. You’re my beautifully chaotic show that rarely makes sense and contradicts itself more often than not, but I love you very much, especially for this Beauty and the Beast season.