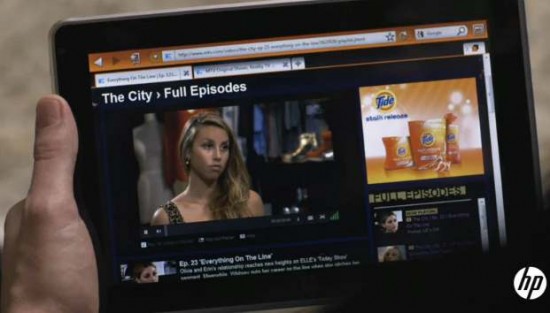 After Apple introduced 41.3 million or so people to the iPad with their surprise Oscar ad, HP struck back in a decidedly cheaper and lower profile way: Put some demo videos for their own tablet device, the HP Slate, on the Internet, show it running Flash and Adobe Air, and wait for the blogosphere to whip itself into a frenzy.

We’re not entirely frenzied by the HP Slate demo vids, but we do think they look impressive: Building a tablet on an actual computer OS (Windows 7, in the HP Slate’s case) rather than a prettified mobile OS (the iPad’s iPhone OS 3.2) seems like the way to go. Then again, as Gizmodo points out, the “HP’s Slate” clip is totally rendered, so we have to take it on good faith that it even corresponds with the functionings of the actual Slate.

According to HP’s blog, the Slate hasn’t yet been approved by the FCC, and the sleek vids notably lack pricing information or a release date.