How canceled can one man be? 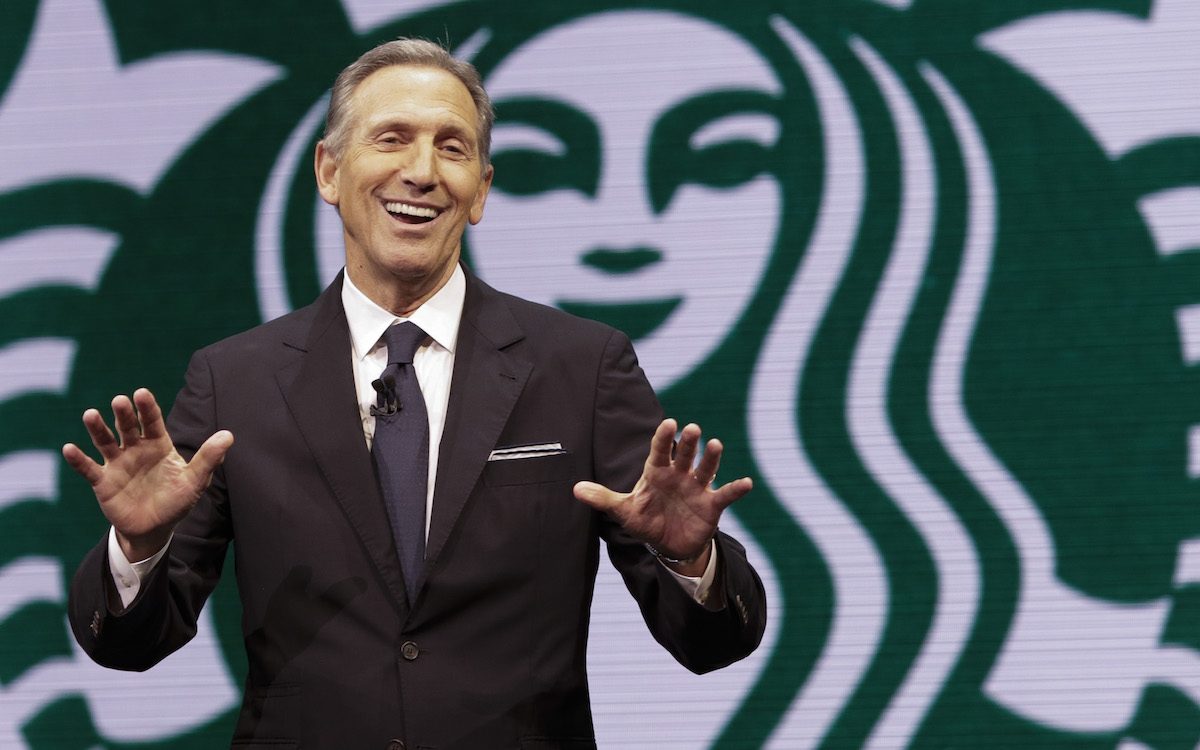 Last night, CNN hosted a live town hall with Starbucks CEO Howard Schultz. That, by itself, was bizarre. Schultz has no political experience, no support (CNN’s own polling says that only about 4% of Americans would vote for him), and he hasn’t even officially entered the 2020 presidential race. But he’s a billionaire (oh, sorry, Schultz would prefer we use the term “person of means”), so CNN is there to give him extensive coverage and amplify his agenda.

Last night Howard Schultz sent a powerful message: If you are rich enough CNN will let you wander around stage saying things like “My plan to fix healthcare is embracing American greatness and accelerating business excellence”

And then he also said this:

Howard Schultz on the Starbucks racial profiling incident: “I didn’t see color as a young boy and I honestly don’t see color now. … We need to do everything we can to restore the humanity of the country” and the president plays a large role #SchultzTownHall pic.twitter.com/uDTWNv2WJ0

An audience member (and local coffee shop owner) asked Schultz about the incident of racial profiling in a Philadelphia Starbucks last year (while Schultz was serving as the company’s executive chairman) that ended with two black men arrested for nothing more than waiting for their friend before ordering anything.

As a result of the incident going viral and the attendant backlash, all 8,000 Starbucks locations closed for one day for a company-wide racial bias training. What this audience member, Orgena Keener, asked Schultz, is if he felt the training was effective and if he thought the voters would “take their thoughts about this incident to the polls.”

He started off well, saying that racial injustice needs to be addressed and also acknowledging what many white people won’t—that we all have unconscious biases that influence our lives and our interactions. He also said that the training is “ongoing” and that they are “doing something that we’ve realized we fell short on and we’re admitting the fact that we have to get better at this.” But the problem of racism goes beyond Starbucks and is “a proxy for the country.”

And that’s where he should have stopped talking.

This was the actual audience reaction CNN cut to: 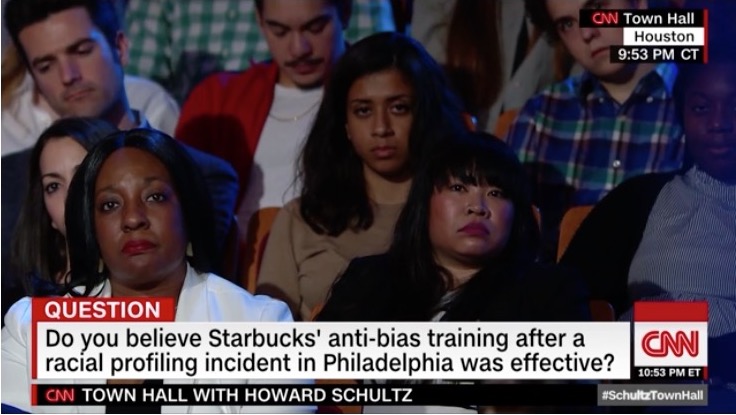 That’s funny, because as a black person, I no longer see Howard Schultz.

Schultz undid everything he just said about wanting to address racial injustice with the ever-feckless “I don’t see color.” The way to address racism is not to pretend race doesn’t exist. Race and racism exist whether Howard Schultz wants to believe it or not, and both need to be acknowledged if there’s any hope of making progress regarding systemic injustice.

Also, Howard Schultz saying he doesn’t see color is the moment he should be canceled and exit the stage.

We should be finished taking him seriously since he can’t acknowledge that I’m BLACKITY BLACK BLACK AND A WOMAN and that impacts every second of my day.

Instead, Schultz wants the White House to reflect the “character” and the “morality” of the nation, which is peak I just hire the best people for the job–an attitude that, while when also ignoring issues of racism, tends to lead to a whole lot of white people getting a leg up.

“I don’t see color” is the staple answer of white people who refuse to understand what racism is. https://t.co/nNpr8UE4cD

The only question left about Howard Schultz is who the heck are those 4% of Americans that think he’d make a decent president?