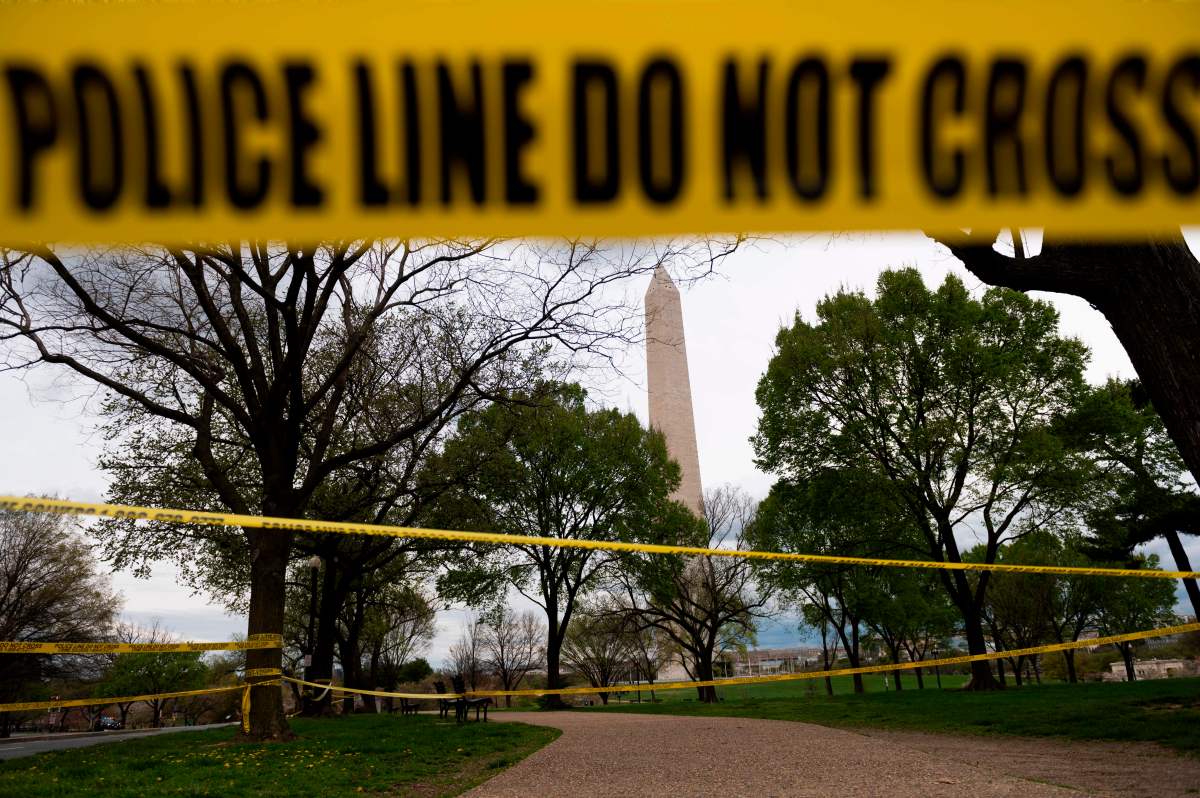 Well, it’s been a weekend. Or a decade. Or a century. Whatever the time we’re designating, it’s been an exhausting and tragic period for Black Americans. All of the protesters who took to the streets over the weekend did so at huge personal risk in the midst of a pandemic—to rally for and demand change. Protests have taken on many different tones and reactions to them have ranged from terrible to hopeful to empowering. Many people are out in the streets, while others are offering support and advice on social media. One such person was Egyptologist Sarah Parcak, who had some important advice of toppling Obelisks. You know, just in case.

Parcak’s thread was inspired by footage from Birmingham, where protesters were, let’s say, improving an obelisk that stood as a monument to the Confederacy. The protesters were not able to take down the monument, though the mayor said he would help them finish the job through official channels. But Parcak had some helpful advice in the meantime.

*might be masquerading as a racist monument I dunno

The key to pulling one down is letting gravity work 4 you. Chances are good the obelisk extends into the ground a bit, so you want to get CHAINS NOT ROPE (it’s 2020 AD not BC let metal work for you) extended tightly around the top (below pointy bit) and 1/3 down forming circles

This all sounds doable, but the key it seems to taking down a racist monument is very much like the key to dismantling a racist society in general: teamwork, organization, action, and pressure from forces that bend towards change.

You probably want 150+ ft of rope x 2…you’ll want to be standing 30 feet away from obelisk so it won’t topple on you (your safety! first!). This gives enough slack for everyone to hold on to rope, alternating left right left right. Here’s the hard part…pulling in unison

I recommend a rhythmic song. YOU WILL NEED SOMEONE WITH A LOUDSPEAKER DIRECTING. There can be only one person yelling. Everyone will be alternating on rope left right left right not everyone on the same side. No one else near the obelisk! Safety first!

It’s all about physics and cooperation!

Just keep pulling till there’s good rocking, there will be more and more and more tilting, you have to wait more for the obelisk to rock back and time it to pull when it’s coming to you. Don’t worry you’re close!

WATCH THAT SUMBITCH TOPPLE GET THE %^&* OUT OF THE WAY IT WILL SMASH RUN AWAY FROM DIRECTION.

Then celebrate. Because #BlackLivesMatter and good riddance to any obelisks pretending to be ancient Egyptian obelisks when they are in fact celebrating racism and white nationalism

There’s a lot to unpack just in the history of obelisks. Many real Egyptian obelisks in non-Egyptian cities were pillaged and stolen from Egypt as a result of our old friend colonialism. Very bad. Fake Obelisks are even worse because they are both colonialist and tend to represent racist things. This thread only applies to the fake, racist obelisks, though the method described here may also prove helpful if one wanted to pull down, say, a statue of a Confederate general.

Here’s a rough schematic. I note this is experimental archaeology in action! Just my professional Hot Take and you may need more people, longer rope, etc. everything depends on monument size. pic.twitter.com/lzl55CSPNt

Such an obelisk is in, huh, Birmingham!

BUT OF COURSE THIS IS ALL ENTIRELY HYPOTHETICAL

Now, there are other obelisks of note in America. There’s a large one in the nation’s capital! But, uh, please don’t use this information for the Washington Monument. For one, this method is meant for obelisks built of a single piece of stone. The Washington Monument is bricks and it’s substantially larger. Like 555 feet tall larger.

ALSO PLEASE DO NOT PULL DOWN WASHINGTON MONUMENT

Most importantly, with the attention from this thread, Parcak wants to address racism in America and in her own field.

We have to hire and pay more black archaeologists+ support deconstructing racism in academe. We have to provide ways to fund and support our colleagues in other countries- instead of helicoptering in and out+ benefiting and leaving nothing.

We’re being disingenuous if we get excited about everything archaeology can teach us and we don’t acknowledge the major harm it represents to so many. Everyone in the field can do better.

We all need to do our part, whether it’s committing to aiding change in our fields or giving helpful advice for when a racist monument needs to come down. Thanks to Sarah Parcak for doing both.