Tea Kettles: How do They Work? Science Finally Has an Answer

Tip us over and explain yourselves, science! 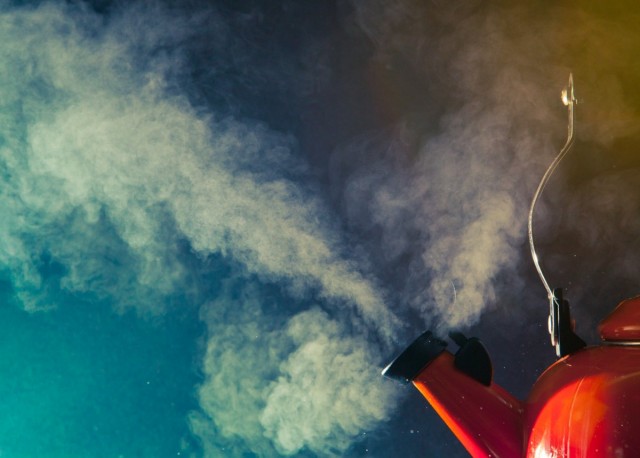 We know that tea kettles whistle, but we didn’t know how they whistled until this morning when we read the newly discovered explanation in the journal Physics of Fluids. Heck, we didn’t even know that we didn’t know how it worked. Why not put the kettle on and read this while making yourself a nice cup of tea?

“Steam goes through that little hole,” was our best guess at answering the question of how a tea kettle whistles. While that’s true, no one really knew why forcing steam through a small hole produced a whistle, but Ross Henrywood and Dr. Anurag Agarwal of the University of Cambridge figured it out.

Henrywood is in the Cambridge department of engineering and he worked under Dr. Agarwal on the problem. They drew on earlier research by Dr. Agarwal about how a jet engine produces sound and applied it to the humble tea kettle.

The whistle on a kettle is typically formed with not one hole, but two. The holes are through plates positioned close together, but with a small cavity between them. Essentially what happens is sound waves that originated inside the spout as water boils are compressed into a jet that passes through the first hole. As that jet leaves the second hole, vortices spin off. As those vortices spin out they do so at the frequency of the sound waves inside the kettle, and we hear a whistle.

How tea kettles whistle seems like a trivial question, but it’s one that science has been trying to answer as early as the 19th century. Now go enjoy your tea.

(via Phys.org, image via Benjamin Lehman)