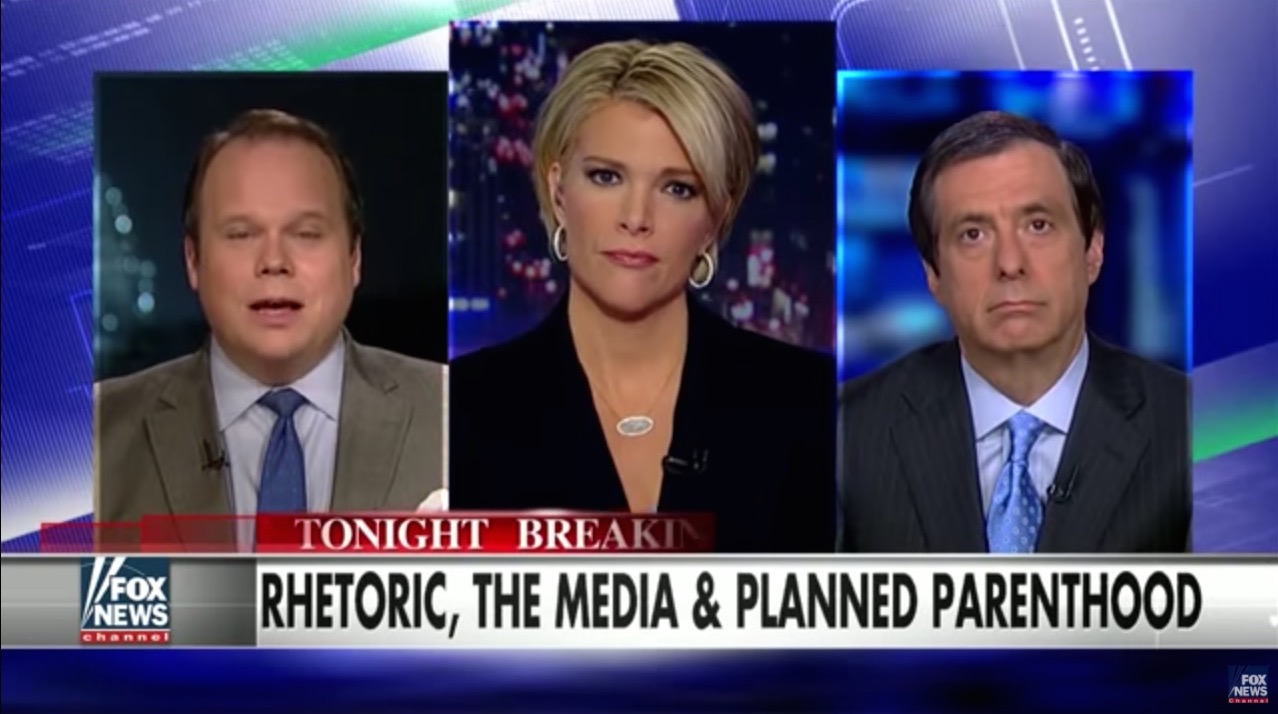 When talking about abortion, it can feel like there are so many roadblocks to basic real conversation, any sort of true debate seems impossible. Forget talking about actual issues; the staggering amount of misinformation, as well as the inability of many men to acknowledge that while their opinions may be valid, they can never have firsthand experience of issues relating to women’s reproductive health and rights. These obstacles serve to guarantee we are only ever able to talk around the cornerstone issue of abortion.

Media Matters has spent the last year analyzing just how prevalent these impediments are in our national conversation about abortion. From March of 2016 to March 1st of 2017, they studied the ways in which abortion was brought up in evening cable news. They looked at the angle being discussed, divided into categories: “the election, legal issues, religion, anti-choice violence, economic and logistical barriers to abortion access, and state-based legislation.” They also looked at who was doing the discussing, broken down by gender, and the accuracy of the statements being made.

A lot of the results are probably exactly what you would expect. For example:

Men made up the majority of guests hosted on cable news to discuss abortion and reproductive rights: https://t.co/avdlyDLnu1 pic.twitter.com/6aSa5wbJq5

(Check out the study for more graphs illustrating the findings, by the way.)

Media Matters looked at three networks’ evening news programing: CNN, Fox News, and MSNBC. Across the board, more men discussed abortion than women, although the discrepancy is (shocker) the most notable on Fox News. Breaking down the network coverage by specific programs, though, the only shows that feature more women talking about the issue than men are those hosted by women. This is true across every network. Every show hosted by a man features more men discussing abortion than women. Every show hosted by a woman featured at least slightly more women discussing the issue than men. CNN has only one evening show hosted by a woman. Fox and MSNBC each have two.

This isn’t to say that men can’t ever discuss women’s health, but if women’s issues are going to be discussed, cable news networks need to up their numbers of female hosts and commentators. When these conversations are led and sometimes entirely held by those who are never directly affected by the issue at hand, first of all, we do, too often, end up with horrible decisions being made by those seeking control over women’s bodies. Like …

Additionally, that’s how we end up with far too many conversations about abortion that aren’t actually about abortion. When those who are given a platform to discuss women’s reproductive rights aren’t directly affected by the decisions made, the conversation ends up being about what does affect them–such as religious or faith-based aspects.

According to the Media Matters study, the majority of all primetime cable news conversations were about political candidates’ views on abortion, followed by court cases about abortion, followed by religion. Not the range of services provided at health clinics being defunded, not the socio-economic barriers to access to abortion, not women’s health in earnest.

Additionally, the majority of statements made about abortion and reproductive health were false. The study looked at statements made in four subcategories: the anti-choice group Center for Medical Progress (CMP, who made those debunked, discredited videos alleging Planned Parenthood was selling aborted fetuses), Planned Parenthood’s essential services, and late-term abortion. Across all networks, 64% of the statements regarding these subjects were inaccurate. Statements about late-term abortion–again, across all networks–were factually inaccurate EIGHTY EIGHT PERCENT of the time. Terms like “fetal pain” and “abortion on demand” are terrifyingly prevalent and unchallenged. When Donald Trump spoke in one of the debates about being able to “rip the baby out of the womb of the mother just prior to the birth of the baby,” how many news programs reported on the statement, and even criticized it, and how many featured someone with the knowledge to explain exactly why that’s not what late-term abortion means?

So men are the ones having conversations about women’s bodies, and women are being largely left out of the conversations, as well as the legislative decision-making process. The male hosts and panelists are discussing peripheral subjects, and spreading misinformation. If we’re going to talk about Title X defunding of women’s health clinics, for example, the conversation should not be about heavily edited, totally debunked videos, the court cases around those videos, or the reasons why a Christian man doesn’t think abortion should be legal. I would be open to hearing him discuss why, as a Christian man, he wants to stop poor women from getting birth control or cervical cancer screenings, but as long as women are left out of these conversations, which they should be leading and dominating, that’s not what we’re going to hear discussed.

If you want more info on the study, definitely spend some time looking over all the findings Media Matters has put together.
(via Media Matters, image: screengrab)