How Dungeons and Dragons Became So Wonderfully Gay My first encounter with Dungeons and Dragons was not a positive one.

I was visiting a local comics and gaming store with a friend, and while he picked up a few comics he’d had on reserve, I wandered to the back of the store to take a look at some of the graphic novels. Sitting around a gaming table in the back were a handful of boys and men. They seemed to range between the ages of fifteen and forty, and they were all white. That’s not what caught my attention, though. Before I’d gotten close, they were having a good time—rolling dice, shouting excitedly about the monster they were battling in their game. But the moment I came into view, everything stopped.

While I browsed the shelves in that part of the store, all of their eyes were on me as their game came to a total halt. It was as if they’d never seen someone with breasts in this space before and didn’t know how to proceed. After a full minute of uneasy silence, I hurried back to the front of the store, and the guys’ game resumed.

I was seventeen, and while I’d always wanted to play D&D, this didn’t give me the best impression of the player base. I got the distinct feeling that I wouldn’t be welcome at a lot of tables.

For a long time, Dungeons and Dragons has had a reputation for being a straight, white man’s game, but over the past few years, with the release of the roleplaying game’s fifth edition and rise of online gaming platforms like Roll20, the demographics of the game have seen a big shift. The player base has grown, and in doing so, has become quite a bit more diverse. Not only is it a more welcoming place for women and people of color, but now, D&D is also pretty gay.

This shift, making D&D more welcoming to non-straight-white-male players, is by no means an accident. With the game’s fifth edition, it’s clear that D&D publisher Wizards of the Coast has been making an effort to foster a diverse community around the game, both in its outreach and in its published materials. This feels most apparent in its most recent modules. In Waterdeep: Dragon Heist, a non-player character shopkeeper uses they/them pronouns and politely corrects player characters if they’re misgendered 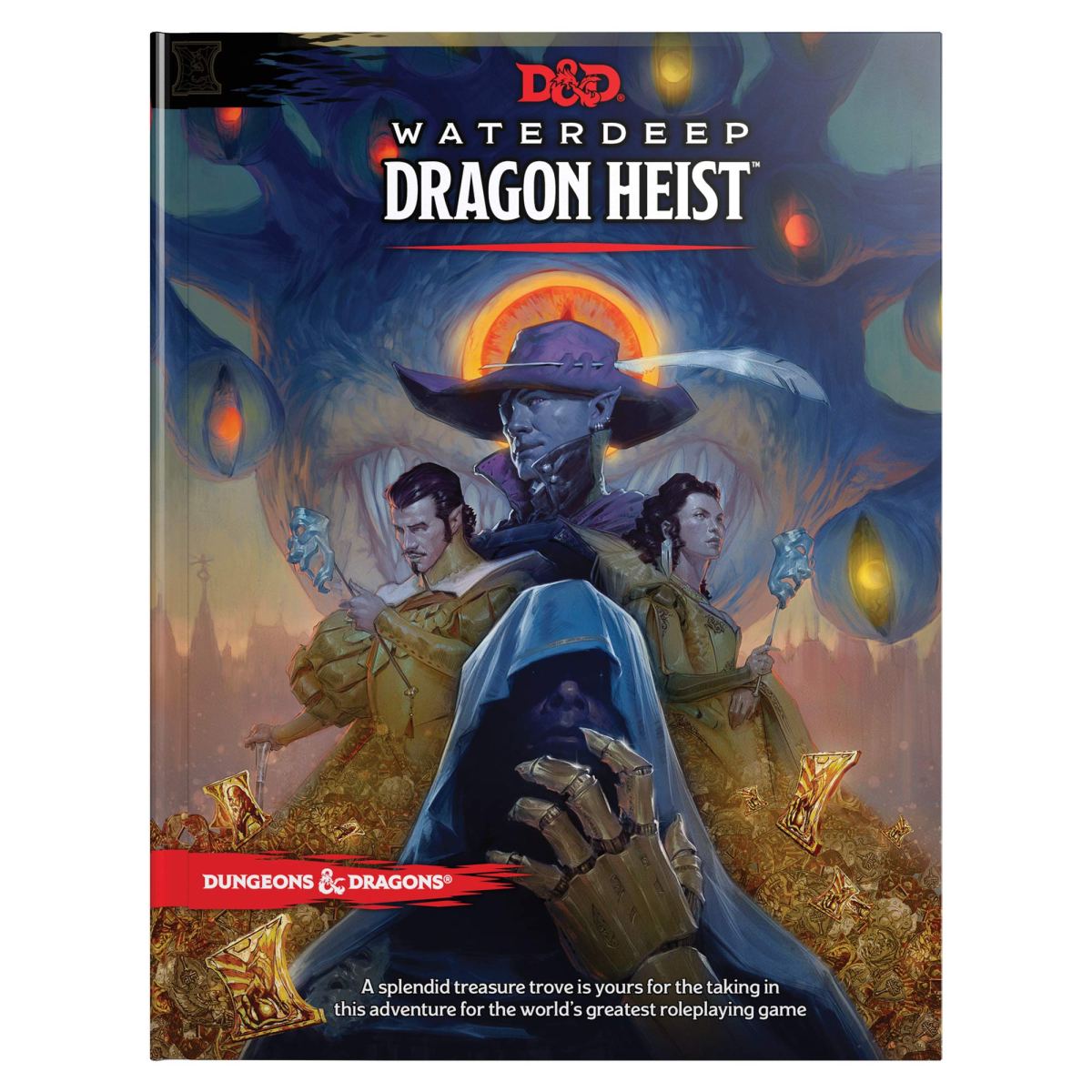 In the followup module, Waterdeep: Dungeon of the Mad Mage, player characters may encounter an NPC whom they can aid in returning to her wife (who happens to be an NPC from an earlier module.) These are only two examples of many, and while they may seem small on the surface, these subtle efforts to populate The Forgotten Realms—D&D’s most popular campaign setting—with queer characters can be quite meaningful to a community starved for representation in these geeky spaces.

The ability to find groups and play online has also made the tabletop roleplaying space more accessible for LGBTQ+ players. For those who don’t know other players or don’t feel comfortable playing at a local gaming store, it’s become easy to find opportunities to play via a virtual tabletop, using Skype or Discord for voice. This has offered a level of anonymity and safety for some players, but it’s also created the opportunity for queer players to find one another. At any given time, you can go onto Roll20 and search for “LGBT” or “LGBTQ+” and find games that market themselves as queer-friendly, or even games primarily focused around queer narratives.

Even without actively seeking it, I’ve found that, in nearly every game I’ve played in over the past two years (and there have been several, from one-off games to long-running campaigns), there has been at least one other out queer player.

But what is it about Dungeons and Dragons—or tabletop roleplaying games in general—that draws in queer players? The growing accessibility of the game is certainly a factor, but there’s much more to it than that.

At their core, tabletop roleplaying games are a form of collaborative storytelling. Players create and control characters and work with each other, as well as their dungeon master, to build a narrative. This does, of course, appeal to a wide variety of people, as demonstrated by the massive popularity of Dungeons and Dragons, but for the LGBTQ+ community specifically, this has the potential to serve something deeper. It enables queer players the opportunity to explore aspects of their identity in a low-risk environment that we have a level of narrative control over.

When I first started playing tabletop RPGs, I knew I was queer, but I’d ever let myself fully engage in that identity. I had a lot of insecurity about my attraction to women, particularly in assuming that my lack of experience and my own uncertainty meant I shouldn’t date other women. I wasn’t entirely sure how gay I really was, and I didn’t want anyone to feel like an experiment. So, I didn’t embrace my queer identity—at least, not in real life. 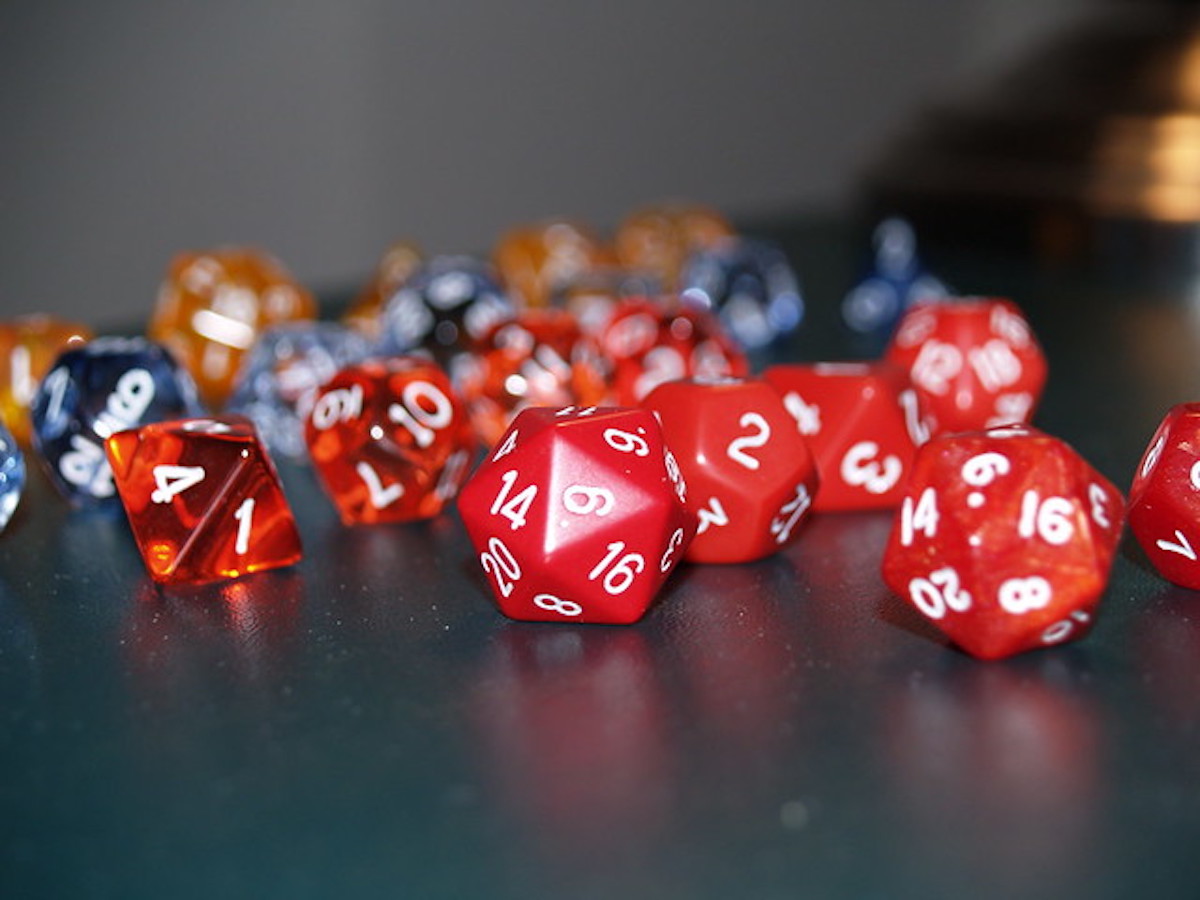 Without meaning to, I made a series of women-loving-women in tabletop games. For some, their attraction to women never came up. For others, it was a major part of their storyline. The more I played tabletop RPGs, the more comfortable I became with my own sexuality. I found myself deeply invested in the love lives of my characters. Playing out their attraction to women made me understand my own attraction. Through role playing these characters, I finally began to embrace my sexuality and acknowledge that—at this point at least—I’m exclusively attracted to women, and even gather the confidence to start interacting with that part of my identity in “real life.”

My experience isn’t unique, either. Across several campaigns, I’ve met multiple other LGBTQ+ players who’ve told me that tabletop roleplaying games have given them some clarity about their identity. One friend in an ongoing Dungeons & Dragons campaign told me that playing female characters helped her explore her identity as a trans woman before she’d come out. Others have told me that it was helpful for them to explore their sexuality in a fictional setting that was free of homophobia, before being open about it in their daily lives.

Again, LGBTQ+ people are often starved for representation in geeky spaces, but Dungeons and Dragons offers queer people the chance to create the representation they want and take control of it. In the hands of a good Dungeon Master, these stories don’t have to fall into the common tropes that queer audiences find so frustrating. Bad dice rolls can lead to tragedy, but they don’t define a character’s entire arc. Their stories can be more than just queer pain.

These gays don’t have to be buried.

It amazes me, looking back on that day in the comic book store over a decade ago, how much my impressions of Dungeons and Dragons have changed. It amazes me that there was a time when I felt like I wouldn’t be welcome, and now it’s such a crucial part of my life that I don’t know who I’d be if I’d never started playing. I look at the groups I play in, to the Critical Role fandom, to the conversations about D&D on social media, and I see so many queer people who are passionate about this game.

Straight, white men might still make up the majority of Dungeons and Dragons players, but the game no longer caters solely to them, which is a good thing both for Wizards of the Coast and for the queer geek community.

Dungeons and Dragons is so gay now, and I couldn’t be happier about it.

(featured image: Wizards of the Coast)

Kody Keplinger (@Kody_Keplinger) is the author of several books for kids and teens, including The DUFF and That’s Not What Happened. She currently lives in NYC, where she teaches writing classes at the Gotham Writers’ Workshop.