How Do Machines Learn? | The Mary Sue

How Do Machines Learn? 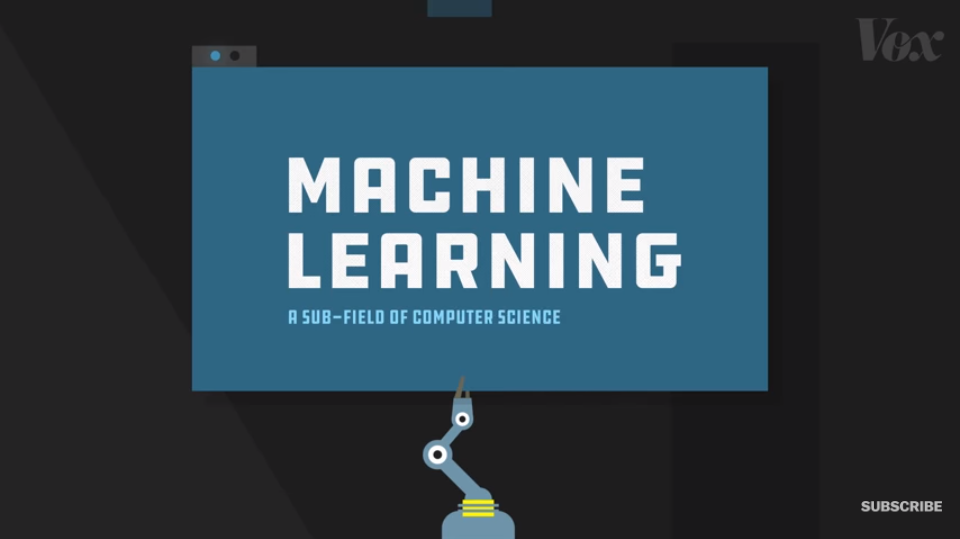 Below are three YouTube videos that help explain how machine learning and algorithm-based artificial intelligence actually work. The pure mechanics involve a whole lot of suuuuper-fun linear algebra, so that part is more difficult to explain in a pithy YouTube video. But these videos do help to explain what the operating principles of machine learning are, why companies are so obsessed with big data, and how robot learning is so different from human learning.

First, Vox looks at the “rapidly growing industry of so-called AI-powered products” and why they’re currently exploding. After all, “the [machine learning] methods that are popular today aren’t fundamentally different from algorithms invented decades ago. So why all the interest in investment right now?” The short answer is big data. Certain machine learning algorithms learn best from massive data sets, and today we have access to unprecedented heaps of data.

Machine learning, unlike human learning, is ultimately “pattern recognition masquerading as understanding.” Since, unlike us, the bots aren’t yet capable of abstract learning, they’re only as good as their data sets. Now that we have such amazing data sets, algorithmic learning is far more effective.

CGP Grey also put out a video that describes what’s going on inside the algorithm. He uses metaphors, such as a teacher bots and builder bots, to try and explain the machines’ process of learning. “In ye olden days, humans built algorithmic bots by giving them instructions the humans could explain: if this, then that,” he says. “But many problems are just too big and hard for a human to write simple instructions for.” Image recognition is the classic example of a “just too big and hard” problem. How do I explain the concept of a “bee” to a computer so that it can correctly identify one in any given photo? I can’t.

And so, instead, I feed the machine a cheat sheet: a massive data set of photos, identified as “bee” or not. The machine then tries to optimize for correct answers. It creates a series of bots, experimenting until it produces the ones that will most correctly identify the bees from the not-bees.

And how can one improve how well the bot identifies the bees? “All the human overseer can do is give it more questions,” explains CGP Grey, “to make the test even longer, to include the kinds of questions the best bots get wrong. This is important to understand. It’s a reason why companies are obsessed with collecting data. More data equals longer tests equals better bots.”

CGP also followed up with “the most baby’s first introduction to neural networks you will ever hear,” in which he attempted to create a metaphor that might explain the workings of recursive neural networks.

These are clearly simplified explanations, but I really enjoyed them – if only because of what they tell us about how a robot might learn to love. Unlike with humans, this wouldn’t be a question of finding “the one” or a person they’re particularly compatible with. They’d just have to fall in love thousands and thousands of times to figure out what, exactly, love is. The only robot capable of falling in love would be the robot who slept around a whole lot, and I would read the hell outta that sci-fi story.