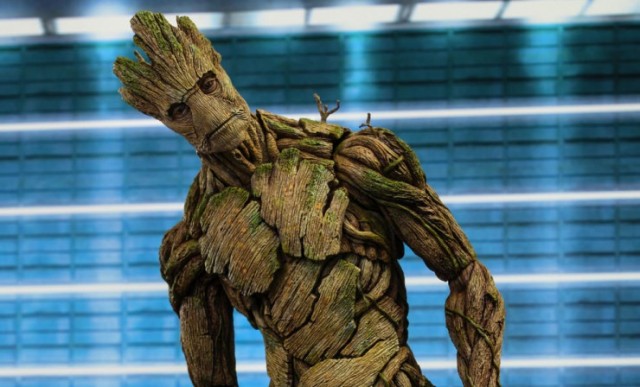 It’s pretty amazing, when you think about it. Groot managed to find his way into all our hearts in Guardians of the Galaxy, becoming a favorite character for many of us, despite the fact that he only said three words the entire time. Much of that can be attributed to Vin Diesel’s nuanced voice performance. But what helped Diesel deliver that lovely performance? Director James Gunn explains.

A fan recently asked Gunn the following on Twitter:

@JamesGunn Is there a translation of Groot’s speech, or do you just direct the general emoting?

To which Gunn responded:

Only Vin Diesel and I have the special Groot script with translations of what he’s saying. https://t.co/W9loN1IcJF — James Gunn (@JamesGunn) November 12, 2015

And thus, a party game was born as people re-watch their copies of the film with friends and try to fill in the blanks with what they think Groot was actually trying to say. (Wait, has this not been a game already?)