Houston, we have a fucking problem. 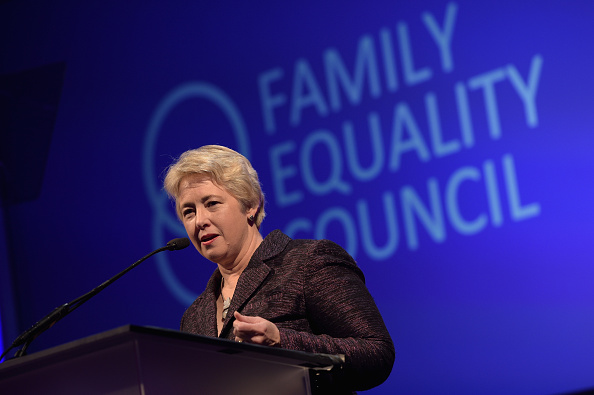 You’d think, after everything history has taught us, that folks today would prefer to be on the right side of it, but apparently, the call of trans-misogyny is just too strong.

It’s a sad day in Houston, TX, as yesterday, the city failed to pass a civil rights ordinance that would’ve prevented discrimination against a variety of marginalized citizens and allowed them legal recourse if they ever faced such treatment. Here is the wording of Houston’s Proposition 1, the Houston Equal Rights Ordinance (HERO):

Sounds like a pretty sweet deal, right? Except that a loud and active anti-LGBTQ+ contingent in Houston worked tirelessly to oppose the ordinance, throwing women, people of color, and people with disabilities under the bus, because they didn’t like the parts about “sexual orientation” or “gender identity.” That’s how deep the hatred goes—so far that they’re willing to hurt people they might otherwise help just to prove an ass-backward point.

What makes this really disturbing is that 61% of voters in Houston voted against the ordinance thanks to a lot of misinformation that, when brought to their attention, made them think twice about their decision. Anti-LGBTQ+ groups like Campaign for Houston used fear-mongering tactics like this to sway voters, appealing to their worst instincts:

This misinformation and clear ignorance about what being transgender actually means affected the voters, which gave canvassers trying to drum up support for the ordinance a difficult task. According to Houston Press, voters may not have voted the way they did if they’d had the ordinance clearly explained to them without the obfuscation of facts by the opposing side:

Two women said they’d knocked on 565 doors between 6 a.m. and 7 p.m. Tuesday, patiently explaining to residents what HERO was really about whenever they got confused or said, “I thought this was an ordinance about bathrooms.”

Another canvasser, Henry Darraugh, met a woman who had already voted no, heeding the anti-HERO TV ads and fearing for her granddaughter’s safety in bathrooms. After Darraugh took a few minutes to explain the ordinance to her on her doorstep, he says, the woman told him, “I hope it passes.”

Meanwhile, this has real-life consequences for Houston’s citizens:

One transgender man told the Press the HERO poll outcome would determine whether he came out to his employer. Another transgender man, Dylan Forbis, publicly came out to all of the state in an earlier video by Equality Texas, hoping his story would make a difference. “I’m beyond appalled at the outcome of this,” he said.

And of course, all the fear-mongering was about “men in women’s bathrooms” but made zero mention of “women in men’s bathrooms,” because trans men don’t exist? No, wait. It’s because Patriarchy. That’s why.

All this is hugely surprising coming from a large city that is not only minority-majority (only 26% of its population is white, for example), but has a lesbian mayor in Annise Parker. Mayor Parker, of course, has been speaking out against the fearmongering and in favor of HERO throughout:

According to The Slot, after the final vote, Mayor Parker tried to comfort those who care about opposing discrimination in all its forms in Houston by saying, “I guarantee that justice in Houston will prevail. This ordinance, you have not seen the last of. We’re united. We will prevail.”

This is a big setback for Houston, and we at The Mary Sue stand in solidarity with those in Houston who will inevitably fight this. It’s a setback, but I have to believe that justice will indeed prevail. This is the way the story always goes in every story about fighting oppression. It’s always darkest before the dawn.