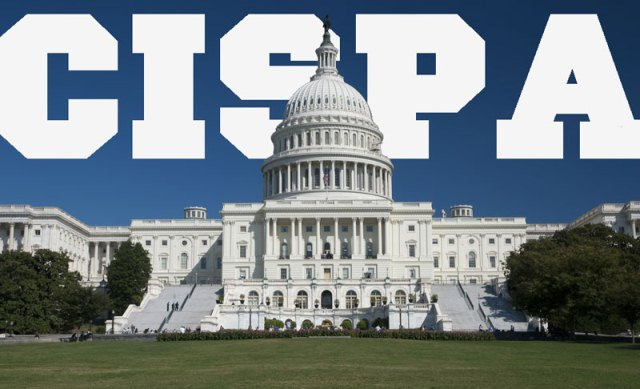 The closest thing to a silver lining this story seems to have is that at least members of Congress from both parties are working together and finally agreeing on something, even if that thing is a horrible violation of our privacy. The vote was primarily backed by Republicans, with 196 of them supporting the end of online privacy as we know it, but 92 Democrats got in on the privacy funeral dirge as well. That’s more than double the amount of Democratic support the bill received last year when only 42 Democratic representatives voted in support of CISPA.

Besides cooperation, the only other positive aspect to this story is that although it’s disheartening Congress would pass such an obviously terrible bill, they’ve done it once before, and it still died. CISPA’s chances of making through the Senate are uncertain, but President Obama has already threatened a veto if the bill makes it to his desk. Unfortunately, that might not be the end of it.

The House could then try to overturn the veto, and the level of support it had today is close to what they would need to do that. It’s great that both sides of the aisle are coming to more common ground on something. We just wish it wasn’t on stripping citizens of their digital privacy.

(via Techdirt, image via infocux Technologies)