The new final girl isn’t the headstrong high schooler next door—it’s your mom.

Horror is one of the few genres that almost always puts a woman at the forefront. The heroine, the survivor, the Final Girl is almost always female and is often a young, resourceful teen. However, the past few years have given us some thought provoking, critically acclaimed and downright terrifying new horror films where the heroine isn’t a high school student or a babysitter: it’s a mother.

The Final Girl is a concept introduced in the book Men Women and Chainsaws: Gender in the Modern Horror Film, where author Carol Clover notes that horror movies and slashers often focus on teenage girls who are strong, resilient and “not like other girls.” That’s true of almost every horror movie heroine from Laurie Strode to Sidney Prescott, but not lately. There aren’t any brave teenage heroes that come to mind in horror films of late, but instead rich and complicated portraits of adult women. 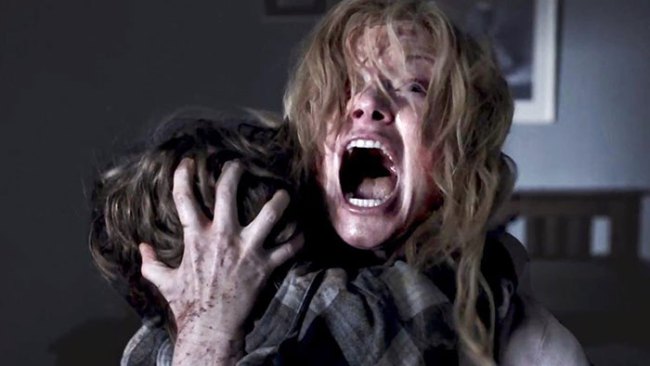 One of the most talked about horror films in recent years is Jennifer Kent’s The Babadook. The film centres on widowed mother Amelia (played by Essie Davis) and her troublesome and frankly annoying six-year-old son Sam. She’s living with depression and is unsure what to do with her life at the moment. Her son is acting out and behaving strangely. Then, a monster comes to their home. The scary protagonist of a children’s book, The Babadook, begins to manifest in their home and inside Amelia herself. She starts to withdraw, react violently and see things that aren’t there.

Similar to The Babadook, 2016’s Under the Shadow is about a mother struggling with her young child and an unseen force that threatens them both. Set in 1980s Tehran, Shideh (played by Narges Rashidi) is a stay-at-home mom frustrated that she cannot return to university and become a doctor, like her husband who is away serving in the Iran/Iraq war. Bombs are raining on the city almost daily, but Shideh is stubborn and refuses to leave. Her daughter, Dorsa, begins to fear a Djinn, a creature from Islamic folklore and thinks one has stolen her doll. With tensions mounting in the city and at home, Shideh often snaps and takes her frustrations out on her young daughter. When the Djinn finally appears, as a traditionally dressed woman in a hijab, and kidnaps Dorsa, it becomes clear that once again the monster is Shideh ’s insecurities and frustrations as a parent. 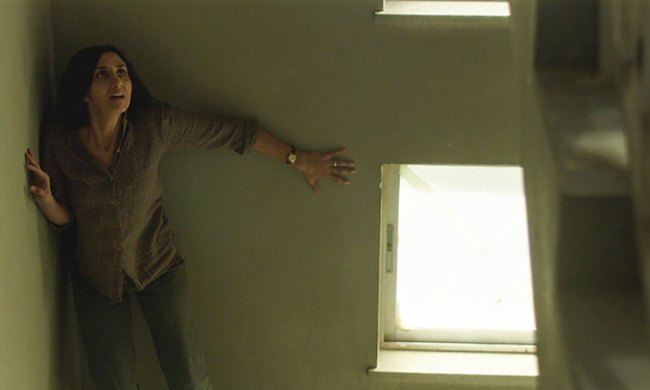 While Amelia and Shideh struggle with parenthood and often lash out at their children, they still don’t come as close to abuse as The Monster’s Kathy (Zoe Kazan). She is an alcoholic and is both verbally and physically abusive to her young daughter before they are attacked by the titular monster. Somehow, despite everything, we still find ourselves rooting for her to escape, to survive, to protect her daughter and start anew. Same with Amelia, same with Shideh.

What’s especially groundbreaking about that is these women aren’t moms in the sense that their motherhood defines them and their sole purpose is to protect their children. It’s that they have messy, complicated lives, real problems and often struggle with parenting. We’re seeing a different type of woman take centre stage: an older woman, rather than the nubile teen (protagonists in their 30s and 40s, oh my!), women who are sometimes angry and imperfect, women who sometimes resent their children… 20 or 30 years ago, these women would have been the villains, the old crones facing off against the young Final Girls: Mrs. Voorhees, Carrie’s mother, Norma Bates. Now, we aren’t villainizing mothers for their imperfections—instead, we’re creating a nuanced portrayal.

Now that isn’t to say modern horror films don’t still utilize the teenage heroine. There’s still a plethora of young girls at the forefront of forgettable January releases like The Bye Bye Man and The Boy, but it’s telling that the more critically acclaimed and memorable scary movies in recent years follow adult women. Even the films that have commercial and financial success have mothers at the centre: the first Insidious film has Rose Bryne at home dealing with a personal tragedy, and the Conjuring films have a ghost-hunting duo in Patrick Wilson and Vera Farmiga, the latter of whom often serves as the heroic victor of the film. 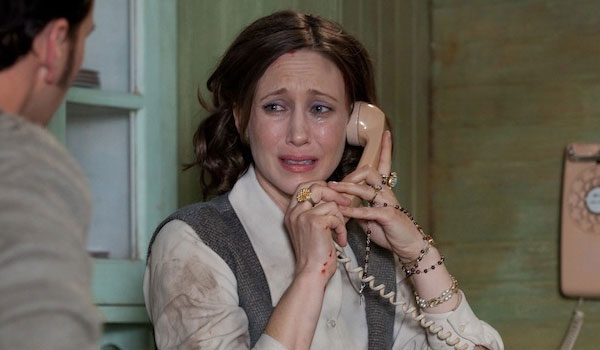 Horror as a genre reflects fears and insecurities of the time, can be socially relevant and is often ahead of its time—just look to Night of the Living Dead’s racial politics and dreary ending. The fact that the genre’s current trend consists of struggling mothers shows that the fears of today now reflect women in a realistic way: the stresses of motherhood, being the perfect woman/mother, the responsibility of raising a child especially alone. Because horror has to use its themes more cleverly than a straightforward drama, it can often resonate more. Watching an indie drama about a mom suffering from depression might not leave the same visceral impact as watchin=g Amelia struggling not to murder her son in The Babadook. We’re more open and vulnerable watching horror, and that’s why this genre can create impactful and lasting stories.

Watching the Final Girl, the hero of the story, transition from carefree high schooler to a grown-up mother with the weight of the world on her shoulders shows us that women are no longer expected to be perfect and stay young forever, and that resilience and strength comes at any age.

Jenn is a freelance writer and digital editor living in Toronto, Canada. She’s an avid film fan and horror movie buff and has a lot of opinions about monsters, folklore and Ryan Murphy shows. You can ask her about them all on twitter @jennalicereid!