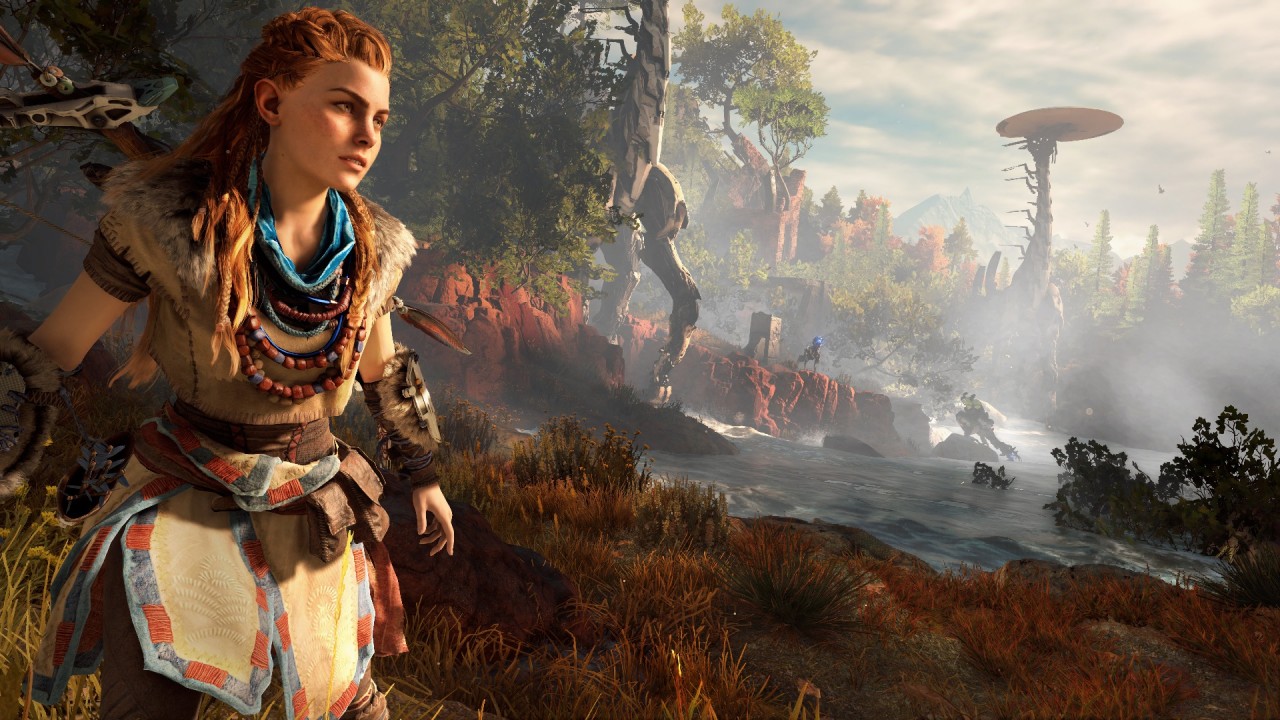 The video game Horizon Zero Dawn has recently come under some criticism, not only for the appropriation of Native culture in its design, but for the use of loaded terms in the game’s script.

In an essay for Medium, writer and photographer Dia Lacina specifically called out the game’s use of four words–tribal, primitive, braves, and savage–and the press coverage that the game received. “Not a single review makes mention of the historical usage of those words,” she wrote, “or the tropes reflected in Horizon that caused the writers to use them without hesitancy.”

Lacina continued: “Writers…praised the game’s ‘unique’ and ‘refreshing’ take on gender, social politics, matriarchies–nearly every aspect of Horizon’s world building has been critically praised using terms that explicitly and historically have applied to indigenous peoples often to disparage our ways of life and oppress us, all while ignoring that unique and refreshing world building has been lifted almost entirely from our cultures.”

I encourage you to read the whole essay. Lacina’s sharp, fair-minded critique is a necessary call for both the entertainment press and games designers to do better.

In an interview with Waypoint, Horizon Zero Dawn narrative designer John Gonzales kinda-sorta responded to the criticisms. Regarding the game’s use of “brave” specifically, he said, “Our research into it was that it was not a term that would seem to be offensive. We were trying to find a term that would combine the capabilities of a warrior and the capabilities of a hunter. It was a term that [we felt] was not derogatory, as we came across some terms that were definitely slurs against Native Americans and other groups throughout history. And so, our decision was based on ‘brave’ not being a ‘hot button’ term.”

“That said, with the kind of culture of the internet that we have right now, it’s impossible to predict what it is that may offend. Certainly we were not intentionally being insensitive, or to offend in any manner.”

I’m glad that Gonzales’ team tried to research the topic to ensure sensitive representation. But as Lacina points out in her essay, it would have been far better for his team to consult actual Natives about whether the term was offensive, rather than making that call themselves as non-Natives. As has been said many times, people who are not the victims of racism don’t get to decide what’s racist.

I also wish Gonzales had resisted taking a shot at “the kind of culture of the internet that we have right now,” but I acknowledge that he was speaking to a reporter and not issuing a considered press statement. Sure, outrage culture is a thing, but that doesn’t exempt you from trying a little harder, and it doesn’t mean you shouldn’t try and listen to Native critics before your game is released. The “kind of culture” that exists on the internet also includes thoughtful, necessary critiques which have helped to make gaming, comics, film and TV into more inclusive mediums that produce better art.

Lastly, while I appreciate the transparency around Guerrilla Games’ process here, it would be better for the company to take ownership for the harm done, instead of justifying itself. Explain your reasoning, fine. But apologize. Admit that you didn’t have the full picture on the words’ history, and commit to improving your process next time. Commit to seeking Native and indigenous feedback on any future titles that draw from their histories. That’s how you avoid causing the same harm with your next game.

In terms of appropriation, Gonzales claimed that Horizon Zero Dawn draws from many sources. “We weren’t looking for inspiration from one particular group, and we cast the net widely to look at cultures, tribal cultures, around the world, and also throughout history,” he said. “That’s why a lot of the people talk about the Nora as being like Vikings, or why there are visual elements reminiscent of Celtic pictographs. So, inspiration came from a lot of different places.”

This last part is fair enough. Some of the game’s characters do look like Picts or Vikings, and I think it’s clear that those traditions influenced some of the character designs. However, it’s also undeniable that the world and character designs drew just as heavily from First Nations and Native American culture.

Most importantly, “brave” as a term for a type of warrior is certainly not associated with Celts or Vikings. Words carry historic weight, and when we wield them, we need to be careful about just what sort of weight we’re slinging around. This is equally true for games and cultural critics. When we write about our favorite (and not-so-favorite) media, we need to think critically about how we discuss them, and in what terms. Perhaps most importantly, we need to pay more attention to the ideas and people we don’t even think to discuss in the first place.

(Via Polygon, Medium, and Waypoint; image via Guerrilla Games and Sony Interactive Entertainment)