It's pretty clear why this meeting was closed-door. 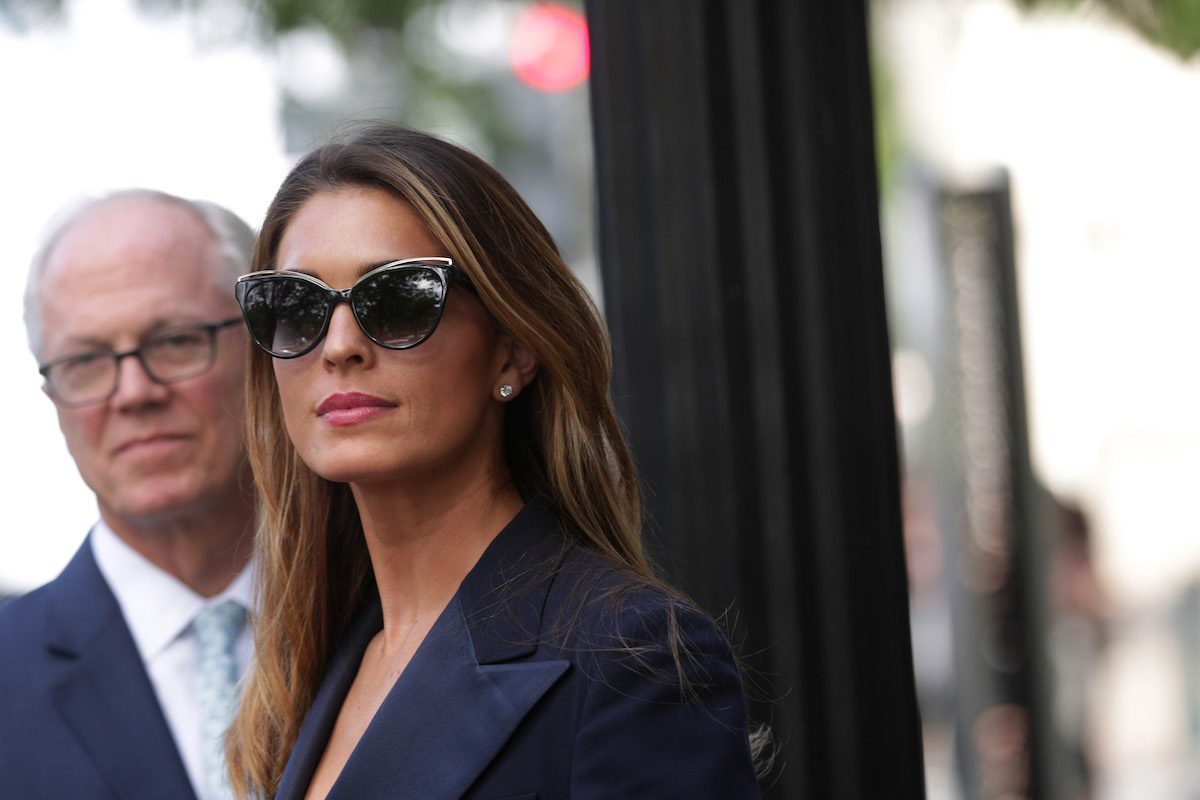 Earlier this week, Hope Hicks testified in a closed-door interview with Congress. As promised, we now have a transcript of that testimony and it’s as bizarre as what we’d heard, but there’s also more information between the lines of those objections than we might have expected.

We knew that Hicks had an attorney present and that that attorney wouldn’t let her answer even the most mundane questions. As it turns out, she had many attorneys with her. She brought her private counsel, which Committee Chairman Jerry Nadler explains is common and even encouraged for transcribed interviews like this one. She also appeared with representatives from the White House Counsel’s Office, as well as the Department of Justice’s Office of Legal Counsel. Nadler notes that this is not common or even typically allowed at all, but that an exception is being made for Hicks.

During the course of the interview, the White House lawyers blocked Hicks from answering questions 155 times. Rep. Ted Lieu live-tweeted the event and it turns out he wasn’t exaggerating when he said she was blocked from answering questions as basic as where her office was. The counsel literally objected to her being asked where she sat in relation to the Oval Office.

The reason for all those objections was the claim of “total immunity.” The White House counsel insisted that Hicks would not have to answer any questions regarding her time in the White House–nothing, not even things that were a matter of public record, not even where her desk was. There was an objection to a question about whether there was a war between Israel and Egypt. If it happened while Hicks worked for Trump, she wasn’t going to talk about it.

Nadler called this “absolute nonsense as a matter of law.”

There were a few standout moments during the interview. Like when Rep. Nadler repeatedly referred to Hicks as “Mrs. Lewandowski.” This was while he was talking about Cory Lewandowski, so it could have been a genuine slip-up, but if not, it’s super gross. (Hicks and Lewandowski reportedly had a romantic and tumultuous relationship in addition to their professional one.)

It looks like Rep. Nadler referred to Hicks as “Ms. Lewandowski” three times. Here’s one of them, and her resopnse. pic.twitter.com/BXHMJGCvU8

Hicks also had the clever line of having “lived the Mueller report.”

But ultimately, the importance of this interview is, unfortunately, the part that seems the most boring when read in a transcript: the repeated objections. And that was the point of making this a closed-door hearing. Public perception really does matter in regard to how our elected officials–including Nancy Pelosi!–proceed with the possibility of impeachment.

And if the public had gotten to see what happened here, it would certainly have had a dramatic effect. But in a transcript that most people were never going to read anyway, the effect of 155 objections to basic, simple questions is far less impressive.

Having Hope Hicks sit at the witness table quietly as Trump’s lawyers objected to basic questions over and over and over again would have been pretty compelling television, and likely would’ve shifted public views in ways that this transcript never will. https://t.co/pWwrE3a1mL

Sample two pages: Nadler asks over a dozen questions. Hope Hicks’s lawyers object to all of them. pic.twitter.com/TF565OrsKy

Still, the transcript is incredibly useful moving forward, even if it doesn’t impact public perception of Trump, Mueller, and potential obstruction of justice.

I suppose this all hinges on Nadler’s assessment that the basic argument of total immunity and executive privilege is, in fact, “nonsense.”