If you can believe it, we’re at the 20-year anniversary of 1999’s delightful action movie romp The Mummy, directed by Stephen Sommers. While there are definitely aspects of the Brendan Fraser and Rachel Weisz-starring film that don’t age well, I think we can agree that this is the best Mummy film out there. The folks at Honest Trailers are celebrating blockbusters for the summer, and who could leave out The Mummy?

Honest Trailers has fun poking holes in The Mummy‘s character and plot run-down, comparing how much is identical to people and tropes we find in the Indiana Jones series. To be fair, however, they also demonstrate how much Indiana Jones borrowed from the adventure stories and radio plays that came before him. The Mummy was of course also riffing off of the 1930s horror movie starring Boris Karloff, only now with (for the time) cutting-edge special effects. That sand Mummy-face sequence was a big deal in 1999.

Despite similarities to Indiana Jones, and pointing out how some of the Arab stereotypes are extremely not good and very ’90s in execution, the Honest Trailer also highlights why the movie still works. That’s all due to its standout, often outlandish characters, who make this more than just a rote good guys-fight-CGI-monster flick. While Fraser’s dashing Rick O’Connell filled out those sarcastic, trigger-happy Jones shoes, Weisz’s Evie Carnahan was a heroine unlike any I’d seen before: bookish, brilliant, uncompromising. John Hannah as Evie’s annoying brother John, and Oded Fehr as pledged Mummy-fighter Ardeth Bay, remain characters that instantly spring to mind even 20 years later.

There’s no better nostalgic joke than the one Honest Trailers squeezes in here about the Mummy himself, Arnold Vosloo, calling him “Billy” in passing, because of his near-identical appearance to actor Billy Zane. Only true ’90s kids will remember. 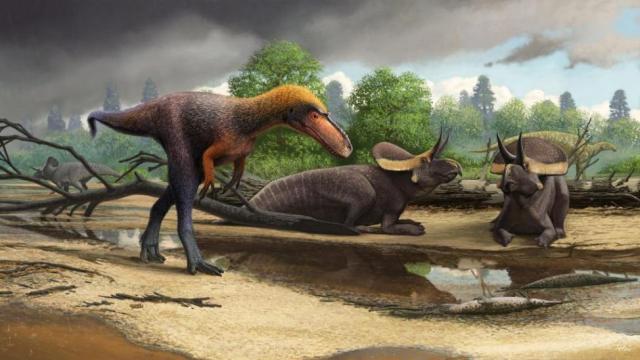