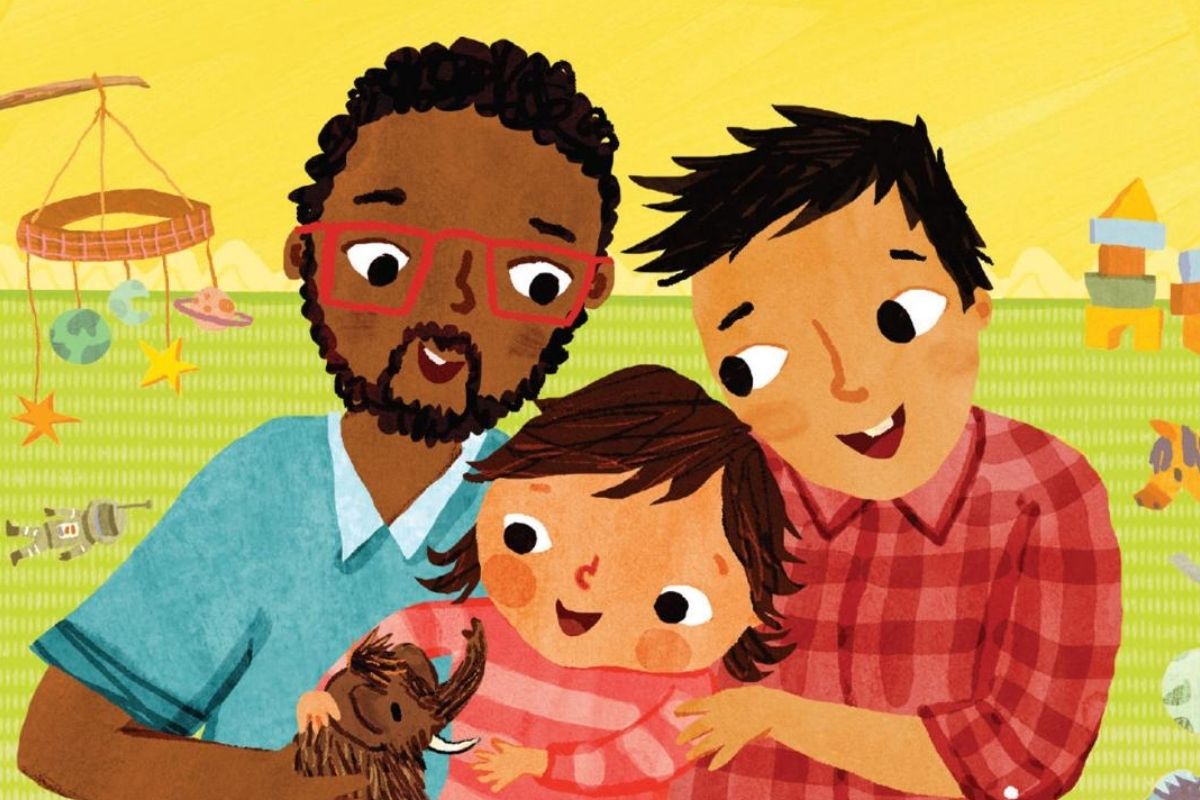 The community of south Indianapolis was greeted with a new branch of the Indianapolis Public Library (IPL) system this summer. Costing about $9.2 million dollars, the new West Perry Branch sits at 24,000 square feet and features a solar roof generating 75% of the building’s energy needs.

Of the many amenities for all age groups, the most exciting for younger readers are the new teen and children rooms. In addition to the expansion of Spanish and Burmese materials (for the large immigrant community), IPL added many LGBTQ+ books to the collection. This includes an LGBTeen shelf full of curated reads. While this is a welcoming affirmation for many families and queer community members, this was too much for one local family blog.

After anti-choice family bloggers posted their latest rant August 14 against the representation of LGBTQ+ books via Facebook post, they probably weren’t expecting a flood of comments supporting the library’s collection of inclusive children’s and teen literature. I say this because they turned off the comments on their entire page, limiting them to very few people.

The homophobic rant got the Facebook equivalent of being Twitter “ratio’d.” Of the 38,000+ people that interacted with the post, over 70% of the respondents clicked the laughing, heart, or care emoji. A majority (26,000+) were the laughing emoji alone. Sure, that could have been fellow haters, but I think, based on the comments, this was more along the lines of people laughing at how ridiculous they were acting.

Speaking of the comments, an overwhelming majority of the top comments with interactions are supportive of the library’s decision. As a test, I tried following them to see if I could find a way into the closed-off comments, but still couldn’t leave a reply.

Rather than going down every recycled “concern” in their hateful rant, I just wanted to point to the poor attempt at logic at the end—to the fake concern “Isn’t your sexuality something private that you are free to live in your own terms behind your door?” I wonder … is sexuality (even though the queer community is more than that) something they are going to stop talking about? Their blog’s stated focus (other than making babies) is “sexuality and finance.”

The West Perry Branch of the Indianapolis Public Library went so viral that others in the community came to show off their new LGBTeen section.

My LGBTeen section went viral bc some bigots thought it and our inclusive kids books were “indoctrination.” So here it is again, still gay as all hell, not going anywhere. Support your libraries, folks! pic.twitter.com/JR4YwIQsXO

I do mean “show off,” because even in my local library, the librarians are shut down by the higher ups within the library and city when they want to even put up a PRIDE display. Librarians are able to sprinkle in queer stories, but not make them their own display. The fact that this library is doing this shows support to the LGBTQ+ community and affirms that they are part of the greater community. The support outside and even inside of respective months (in this case Pride Month) is always going to make people like this “family blog” upset.

Their post included a bunch of talk about loving the library and looking forward to sharing (with their fans) the renovation. However, even scrolling back six weeks, I found nothing of them talking about joy unless it is their family or religion. That’s fine, but the false framing is very pathetic and disingenuous.

In the last few weeks (outside of family and religion), they downplayed Covid-19, railed against inclusive language, joked about supposed Facebook censorship, and complained that their children’s classmates are fearful of talking to them because their parents are outspoken bigots. Even in the “family” stuff, there is no mention of anything like a cool movie or place to picnic. It is photoshoots and reminders to go to church.

The blog’s MO is conservative outrage about an ever-changing world. The fact that they are a family blog makes the content seem more authentic, but it is just as harmful. They have made several posts about this and encourage other “concerned parents” to speak up (including making videos, maskless, in the library.) This backlash over crumbs of inclusion has heightened since the former U.S. president emboldened bad ideas framed as alternate opinion of the “silent majority.” Even that was recycled from ghosts of presidents past.

While it still feels jarring to still see this in 2021, the push against this bigotry is also welcoming, as is the fact that these books exist for all age ranges and isn’t considered adult material. People don’t reach adulthood and then suddenly pick their gender and sexuality. Also, children with “different” parents don’t magically realize at 18 that they are unique. These books give cisgender, heterosexual people the chance to learn about other types of families while also giving a more accurate representation of the community.

Other than checking these books out and keeping the circulation numbers up by reading LGBTQ+ books, vocalize your support for inclusive, anti-racist, etc. programming, collections, and displays directly to your library. Most take comments very seriously, good or bad. So, don’t leave it up the the homophobes to let your local library know what is welcome and not welcome in your community.

This isn’t the only big hooplah happening within the IPL system the last few weeks. CEO Jackie Nytes announced she was stepping down at the end of August after months of former and current library workers speaking out about racism in the system. She was accused of perpetuating a toxic work environment and ignoring issues raised by those in the library. Throughout the summer, patrons called for her resignation at several library board meetings, and the Central Indiana Community Foundations announced last week that they were withholding funds for the library until Nytes was addressed.

If you are interested in purchasing any of the books the family bloggers hate for the children in your life, here is a list of just a few of the books they accidentally promoted in the last two weeks alone: