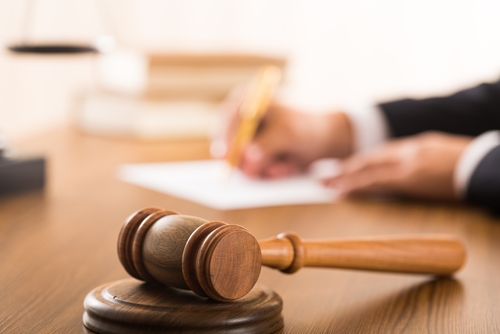 It’s happened. The writers behind your favorite shows and movies have voted to authorize a strike. As you may recall from our coverage last week, this vote comes after negotiation for a new ten year contract between the Writers Guild of America and The Alliance Of Motion Picture And Television Producers broke down. The parties left the table last week and returned yesterday, only now the WGA has a huge piece of leverage in their pocket. If a new contract isn’t settled on by midnight on May 1st, a strike will begin the next day.

Writers voted overwhelmingly in favor of a strike, with 96.3% saying yes to authorization. This is an even stronger majority than voted in favor of the 2007-8 strike (which was authorized by 90.3%), and the participation, with 67.5% of eligible writers voting, was higher as well. Considering the importance of the issues writers are fighting on, the yes vote—and its strength—did not come as a surprise. Writers and supporters have been vocal on Twitter and other social media in support of the authorization, mainly because the seriousness of the economic issues many writers are facing.

Before you go thinking that this is a case of Hollywood elites asking for money to afford two Teslas instead of one, it’s important to remember that the key numbers for the WGA are in how average writer incomes have decreased substantially in recent years, while studio profits have skyrocketed. Writers are looking for parity between network jobs and cable/streaming pay, as well as increased fees for screenwriters, health plan contributions and changes to contracts that prevent writers from working when seasons end, among other issues.

As negotiations restart, the prospects of reaching a deal are daunting. At last check, the WGA was asking for concessions in the ballpark of $535 million, while the studios were closer to $180 million. That seems huge, but the numbers should be viewed in proportion to the $51 billion or so that the studios took in last year. Still, both the AMPTA and the WGA are adamant that no one wants a strike to happen. Given that a strike will effectively place all of Hollywood on hold, they’re not wrong to want to avoid it. The last writer’s strike ended up costing the economy over a billion dollars and the lost earnings were felt not just by writers, but everyone down the line.

The timing of this strike is different than in 2007-8. That strike hit in November and went on for 100 days. That meant it cut right into the middle of many shows seasons and stopped work on shows that already had scripts and episodes backlogged, so audiences did not see the effects immediately. In terms of feature films, the delays were easier to absorb, but still had some effect. The immediate hit was in late night comedy and other week-to-week or day-to-day shows that shut down.

This time, things are different. We’re at the very beginning of the 2017-18 season, with most network writers’ rooms poised to start work on their fall seasons in the next few weeks. If a strike happens, networks may have to delay production and thus delay the start of the whole fall season. If things get fixed quickly, shows may rush their post-production timelines, resulting in some very long hours for the often-forgotten editors, VFX artists and crews whose work is essential but rarely noticed. And who knows what that will do to the product we see on screen.

However, those same people, as well as actors, crews and, well, everyone, will also be on hold if the strike goes through. A big issue for writers is pay on cable and streaming, which don’t follow the same schedule as the network shows. Those productions will deal with things differently. Also, if a strike happens, it’s nearly assured that those shows that are “on the bubble” for renewal will see that bubble pop, along with any potential new seasons that could have been ordered if not for the strike.

These are the considerations that the WGA took into account during their vote, and they still came back with a yes. They wanted to empower their negotiators to get the best deal possible so that writers can afford to keep working and telling the stories that keep us engaged. For now, negotiations resume and Hollywood—along with audiences—await with bated breath.