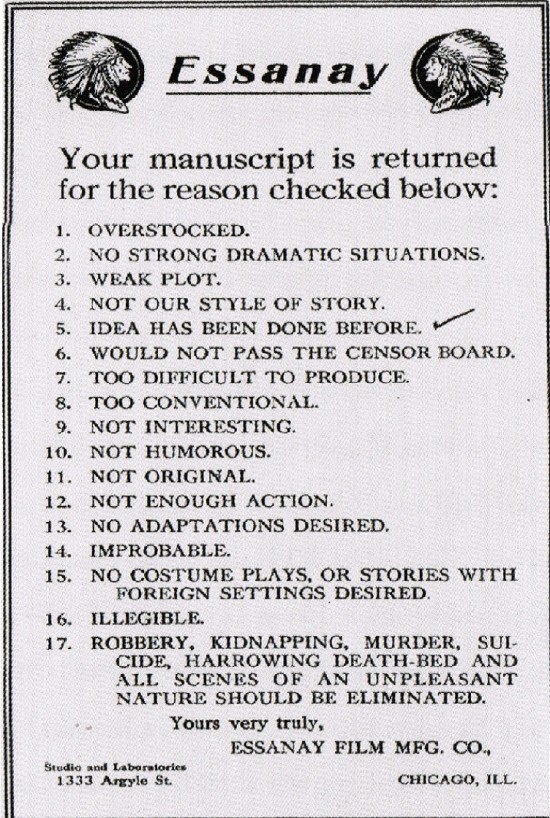 Essanay Film Manufacturing Company, a silent film studio best known for helping launch the career of a young comedic talent named Charlie Chaplin, sent this letter to screenwriters whose submissions failed on one of the following 17 points, from “weak plot” and “idea has been done before” to “not humorous” and “improbable.” Restriction #17 would have admittedly stopped a lot of good movies from being made, but can you imagine a Hollywood that still played it this tough?

(Old Hollywood via Too Much Nick)