TMS Exclusive Interview: Heroes of Cosplay‘s Holly Conrad Has Some Advice For You About Dressing Up For Halloween!

The spoopiest interview of all! 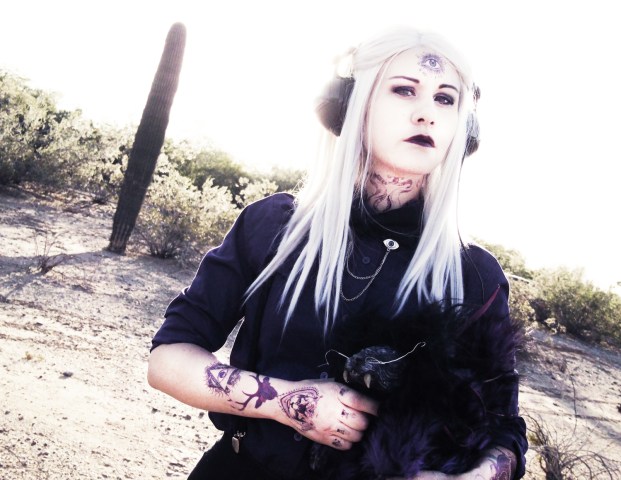 Halloween is fast approaching, and I know we all want to look good. For the best dress-up advice in the biz, I chatted with Holly Conrad, who you can find on Heroes of Cosplay, on her YouTube channel, or blogging over on ThinkGeek. Get your spoopy cosplay ideas ready and let’s get advice’d!

We started with the most important question of all: for people who make Halloween their big dress-up day of the year, how do you go about deciding who you’re going to be?

“For me cosplaying is about loving the character,” said Holly, “and that’s something I’m really passionate about. I honestly can’t cosplay a character unless I’m passionate about them or the universe. I don’t have the will to finish the costume if I don’t!” If you don’t really love what you’re wearing, she continued, it will also be hard to embody that character when you’re taking photos. “You need to feel like you’re wearing it for a reason, because you love that fandom, and you love what you’re doing. And that’s usually how I pick a character.”

But – as anyone who has ever been a fan of anything knows – it’s not quite so simple. “The problem is I get obsessed with things so often that then I change my mind all the time,” she laughed. “‘I’m going to be this character! No, I’m going to be this character!’ – and then, once in a while, some of them get done. And then that’s how I get a cosplay.” Completely relatable.

For first-timers or infrequent cosplayers, Holly says Halloween is the best time of year to get into it because there are dress-up items everywhere – but don’t go out and grab an expensive pre-packaged costume. “On ThinkGeek,” she suggested, “they have a ton of props, like Star Trek props, and they have costume hoodies, and stuff like that. If you go to ThinkGeek and buy something like a Tricorder, and then go to a thrift store and buy a red shirt, you can go ahead and slap your Star Trek badge on there. Then you can keep your awesome prop after, and you basically paid nothing for your costume! And it’s something you actually care about.”

And don’t feel too intimidated by the thought of getting into cosplay, or going all-out for Halloween. “Anything that you’re going to get into that’s new is going to be intimidating,” said Holly. “I started playing the ukelele recently – I’m real bad at it, but I’ll get better! You just have to jump in.”

“Start with something – even if it’s crazy elaborate – that you’re really passionate about,” she explained. “It doesn’t matter how it turns out! For example, in the [Morgan Spurlock] documentary [Comic-Con Episode IV: A Fan’s Hope] with Mass Effect, I’d never made an animatronic head before! But I got a bunch of friends together who are also passionate about games and making stuff and just did it, because we all loved it.”

“And that’s a great way to make friends and learn new skills!” Holly added. “So just jump in, don’t be afraid. [The cosplay community] is so supportive, you’re not going to get people being mean to you at a convention. We monitor for those things, and all of us dressed in armor go and stop them.”

Holly’s been DIYing it since before most of us even knew how to read – she says she doesn’t even remember her first Halloween costume because she used to just dress up on a daily basis all the time anyways. “I wore costumes all the time to, like, public places, even when I was four years old. It was pretty ridiculous. I wore a pair of wings with a tank top and I was a pterodactyl; I was a Koopa from Super Mario Brother by taping a pillow to my back. And these were just normal days.” Halloween, in comparison, was a great day, because then everyone else was dressed up, too, “and it wasn’t just me going to the grocery store dressed as Chip from Chip ‘n’ Dale and no one knew what I was.”

Halloween is still one of Holly’s favorite holidays – but now it’s because she can take some relaxing time off from the more intense cosplays she puts together on a regular basis. “[Halloween] for cosplayers is a day where you can be more casual about it, and isn’t crazy elaborate, and is more comfy!” she laughed. “Because I dress up all the time and I don’t have the spryness of my five-year-old self, for Halloween I dress up all my friends. I’m like, ‘Alright guys, just come over, we’ll go through all the costumes I have, just pick out whatever you want.’ Because I have so many accumulated costume pieces!” For her Halloween party this year, Holly used a TNG dress, a wig, and some prosthetic ears to easy-Vulacanize herself.

In addition to dressing up her friends in her spare time, Holly also runs a YouTube channel, where she’s posted a series of tutorials called Cosplay Class. I can attest to their helpfulness and easiness – I recently used one of her videos to learn how to make my own temporary tattoos for a Black Canary cosplay. When I asked Holly why she started the series, she told me she’s been inspired by her time at conventions.

“It’s so funny,” she related, “being a part of Heroes of Cosplay, I never expected how many young girls watch that show. I had no idea. I would go to conventions and expect all of us 20-somethings wandering around, but it was actually so many families.”

“I was in Pittsburgh, and there was a family who had never cosplayed before, watched the show, didn’t know cosplay could be such a family thing, and their whole family dressed up as giant Skylanders!” she remembered. “Like, huge. They’d never done it before, they sculpted it out of foam. Their grandma dressed up. All these families wanting to learn about cosplay is really what inspired me to do the tutorials.”

“I was always hesitant to do it because a lot of the stuff I do is special effects and can be complicated,” she continued, “but I was like, I’m going to start with some simple things just to get people started, and I’ll have more complicated things as I go on. Pretty much when people ask to see something, I try to do a tutorial of it. Just seeing the basics of how we do some of these things has inspired people to just try it. And then they do and their whole family cosplays and it’s crazy and amazing and magical.” As someone whose mom dressed up as Han Solo at her last convention, I wholeheartedly agree.

As some last advice for the spoopiest month of the year, Holly said to just remember that it’s “all about passion about your character, what you can wear to connect with people on a different level of being a fan of something. Cosplay and Halloween can be merged together for a better world!”