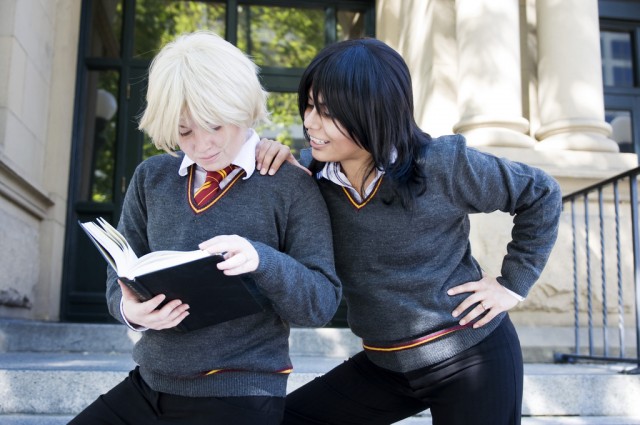 Do you miss school so much that you’d start taking totally fake classes in made-up magical subjects? God, you’re such an effin’ Ravenclaw. Also, put down the grad school applications for a second. We’ve got something better for you: namely, a website called Hogwarts is Here.

While it’s not the first immersive fan-made Harry Potter RPG to ever exist — even before Pottermore there was Hogwarts Extreme, which has been running for 12 years now and which places a heavier emphasis on roleplay over actual course-taking — Hogwarts is Here is especially focused on academics. Seriously, the main page looks like an honest-to-God community college. 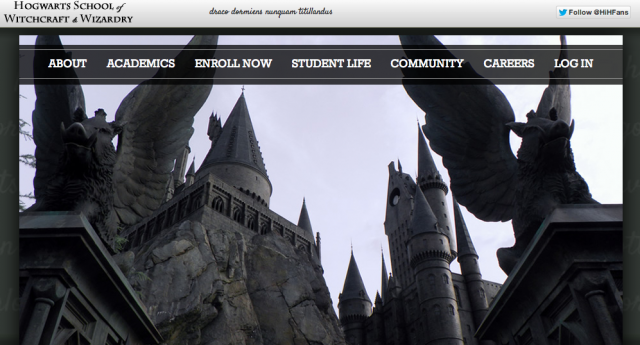 Like, come on. Look at this. It’s even got the school motto, “Never tickle a sleeping dragon,” etched in Latin at the top of the page. There’s a careers page, for Wizard God’s sake. You know you’re impressed.

After enrolling and receiving your very own Hogwarts acceptance letter — erm, e-mail — you get to select your own house (which is odd, but as we know from Harry’s own run-in with the sorting hat, individual choice is important — though spoiler alert, the breakdown at HiH is overwhelmingly Ravenclaw), set up a Gringotts vault, and begin taking first-year classes in all kinds of subjects from Transfiguration to Divination. Each of these classes is nine weeks and involves actual homework and tests. That’s right, you have homework again. Maybe if you’re feeling too dressed out, one of the professors

It’s totally free to enroll, though due to everyone’s recent excitement over the site, extremely high traffic has made Hogwarts is Here a bit slow. However, the site managers have fully apologized in the meantime “for any inconvenience while we kill the spares.” See, we weren’t kidding about these guys. Clearly they know their wizarding stuff.

(via Mashable, image via Winona)