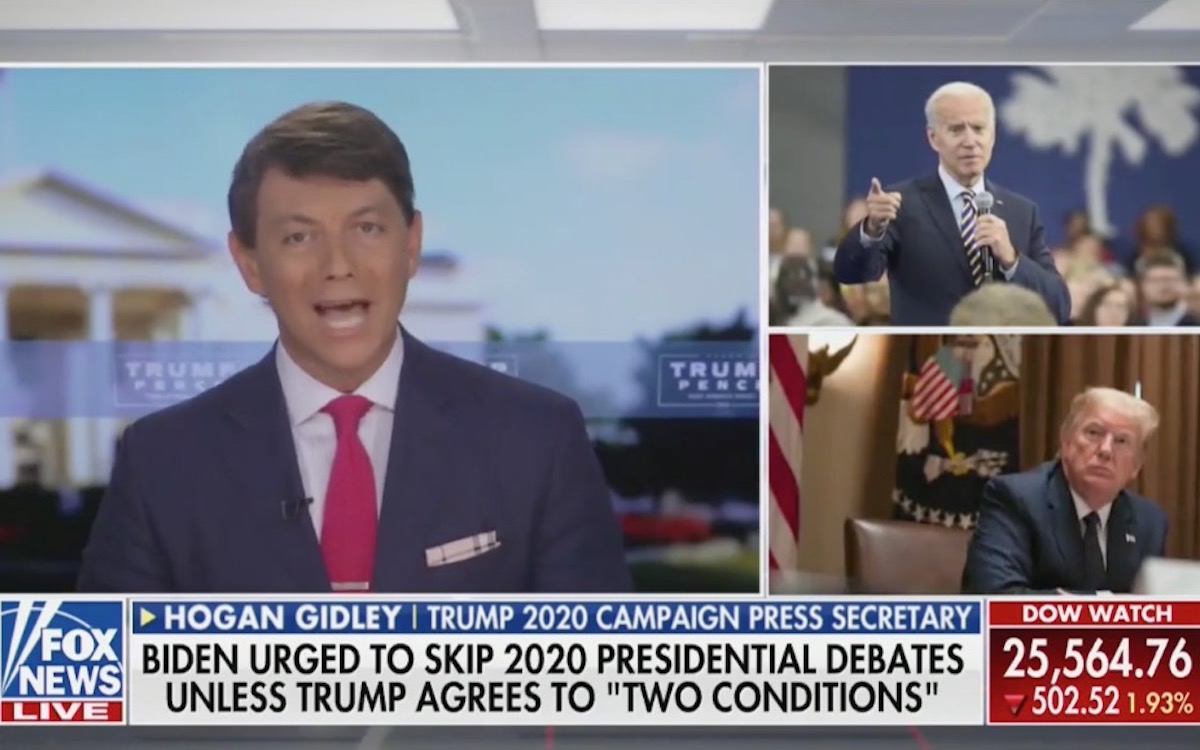 I’m often critical of Joe Biden because his entire presidential campaign seems to be less an argument for electing him specifically than it is anti-Donald Trump in general. And while I support pretty much everything anti-Trump, this is coming off of a primary election when a lot of us had candidates we were genuinely passionate about. So Biden’s tepid vagueness is still a bit of a disappointment.

That said, the Trump campaign has fallen into similar rhetoric when it comes to talking about Biden. After bungling the coronavirus response and tanking the economy, Trump doesn’t have much of a case for his reelection (except racism and he’s leaning into that extra hard these days) so he and his campaign have taken to making petty attacks on Biden instead of trying for substantive arguments.

This was never more clear than in a Fox News interview with Trump’s campaign press secretary Hogan Gidley. Gidley was asked about a New York Times article that urged Joe Biden to put conditions on any upcoming presidential debates–namely that Trump have to release his tax returns and that he agree to real-time fact-checking. Neither of those things are likely to happen, but they’re good ideas.

Gidley was asked to weigh in on the suggestions. His answer got weird fast.

What the actual fuck

Gidley: You’re going to hear interesting comments from Joe Biden about how children love his leg hair, and how he used to coax children onto the porch with ice cream during quarantines …

Smith: Whoa, hold on, hold on — the question was about debates pic.twitter.com/W9YdorvIi2

Gidley got so far off-topic that Fox News anchor Sandra Smith had to reign him in. He starts by almost addressing the subject at hand, saying that Biden won’t do well in a debate because he needs to read from prepared documents, before making the wild claim: “You’re going to hear interesting comments from Biden about how children love his leg hair and how he coaxed children on his porch with ice cream during quarantines.”

truly impressive that there is not a single normal person in Trump world, who can talk like a normal person about literally anything https://t.co/M8rqdAyrgV

What makes this even worse is that Gidley is trying to make it sound like Biden was being inappropriate by twisting a story he told about how much he misses hugging his own grandchildren during the coronavirus pandemic.