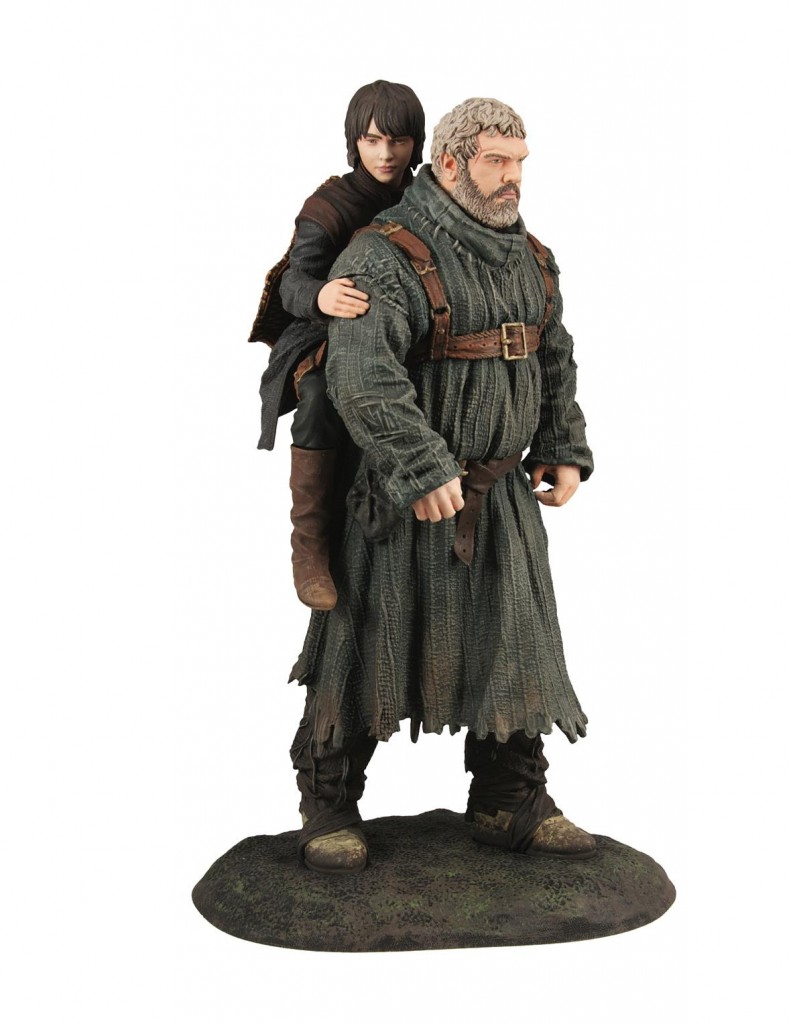 In the Game of Figures, you Hodor or you Hodor.

Prototypes were revealed at NYCC this past weekend but here’s the official release from Dark Horse:

Dark Horse is now revealing a special sculpture of the two characters: Hodor with Bran Stark in a woven carrier strapped to his back. All the details from the series are captured, and the exacting paint application conveys the subtleties of character likeness and costume. Practically a double figure, it measures over nine inches tall, keeping the size proportions of previous releases in the line.

“We have been floored by the response to these figures,” Dark Horse Product Development head David Scroggy noted, “and this one is our most ambitious yet.”

The Game of Thrones: Hodor and Bran Stark figure will have a suggested retail price of $39.99.

We’ve already seen Joffrey but WinterIsComing has a look at Littlefinger as well.