Sistahs! Bette Midler Says The Hocus Pocus Witches Are Ready For A Sequel 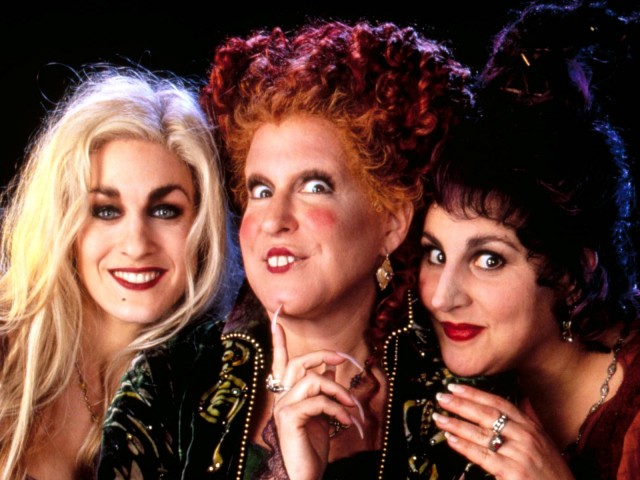 Bette Midler has announced her intended return to the Dark Arts—via Reddit, appropriately.

In an AMA earlier this week, the actress revealed that the women of Hocus Pocus are ready to reprise their roles, provided Disney is willing:

Inundate the Disney company, because I have canvassed the girls and they are wiling to do it, but we have no say in it, so if you want a HOCUS POCUS 2, ask the Walt Disney company.

Perhaps we should… put a spell on them???

Incidentally, my favorite part of all this sequel talk is the thought of Bette Midler campaigning Sarah Jessica Parker and Kathy Najimy to get the band back together. Matthew Broderick picking up the phone at SJP’s house, rolling his eyes when he realizes it’s about Hocus Pocus 2, again. Kathy Najimy taking out the trash and Bette poppping out of a can in full Winifred makeup. Disney execs sunning themselves on a beach while Bette flies a plane overhead and sky-writes Hocus Pocus 2. Listen to Bette, world! She’s making sense!

I just have one concern about any possible sequels: will Ice make an appearance?