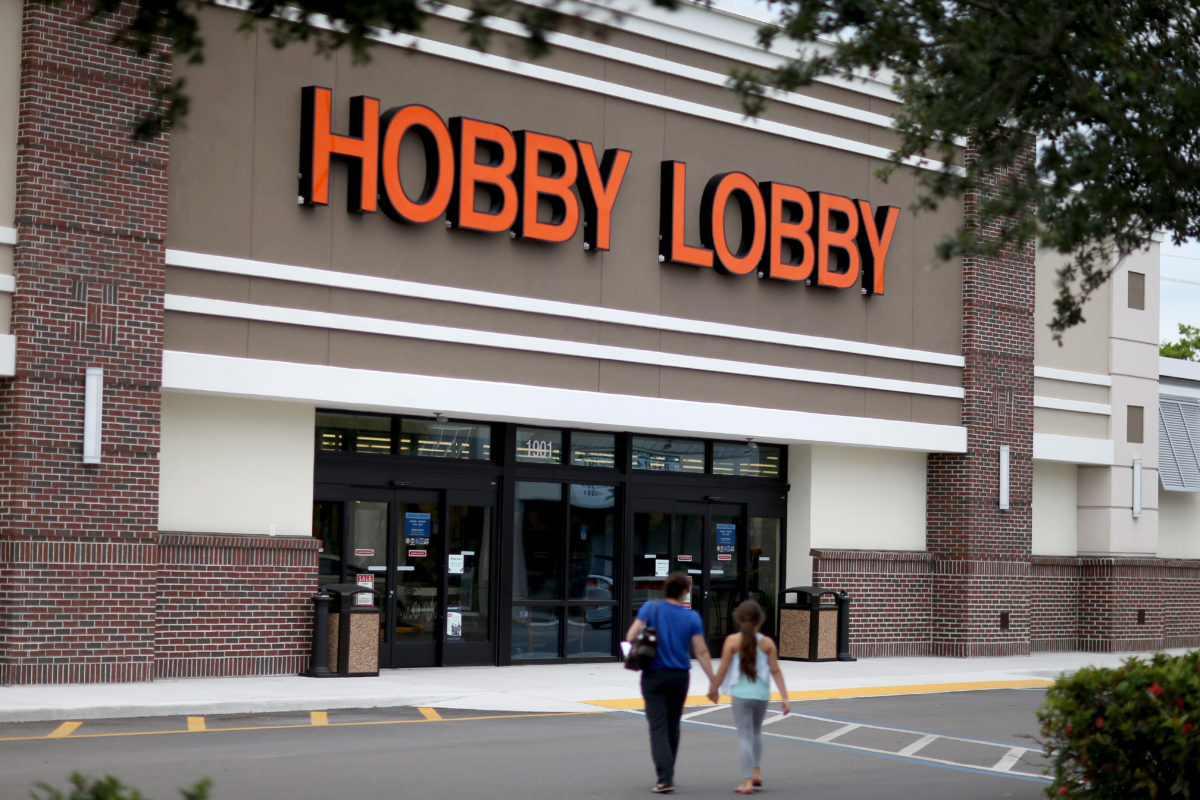 As America continues to fight the COVID-19 crisis, 38 states have issued stay-at-home orders to slow the spread of the virus. Thousands of stores have closed their doors, with only essential businesses (supermarkets, doctor’s offices, pharmacies, etc.) remaining open. But one highly inessential business is openly defying these orders in several states.

National crafting chain Hobby Lobby has stayed open across the country, earning the ire of state and local governments. In Colorado, the state attorney general’s office sent a cease-and-desist order after stores opened following a brief shutdown. State AG Dave Yost tweeted, “Hobby Lobby properly closed its stores during Ohio’s stay-home order. Now they’re open again — what’s changed? Neither the order, nor the seriousness of the health threat, for sure.”

Now they’re open again — what’s changed? Neither the order, nor the seriousness of the health threat, for sure.

I sent a cease & desist letter to their general counsel. https://t.co/HVqDhFfhqo

In Milwaukee, police were dispatched to order the stores to close, while Hobby Lobby claimed that is was an “essential business” because they were “offering PPE mask supplies, educational supplies, office supplies and various components for home small businesses.”

The orders to keep Hobby Lobby open are not the actions of a few renegade stores, but a directive from David Green, the founder and head of the company. Green sent a memo to his employees telling them that God wants them to keep the stores open via a message to his “prayer warrior” wife Barbara. YIKES.

Hobby Lobby owner David Green is telling store managers to stay open despite the pandemic because his wife had a vision from god.

He also warns they’ll all have to “tighten their belts” soon. His net worth is $6.4 billion—hourly employees don’t get paid sick leave. #COVIDIOT pic.twitter.com/4pEhivDbNy

According to the Greens, the answer to the question “What Would Jesus Do?” is “keep pushing yarn until we’re all dead!”. And if employees literally work themselves to death to line the Greens’ pockets, then that’s on them: employees who get ill must use their paid time off and vacation days before accessing the company’s “emergency pay”.

It should be noted that Green has a net worth of over $7 billion dollars, and could afford to keep his employees on salary indefinitely.

One employee said, “Our management has doubled down on the work stance, and the district manager has said that our stores will remain open until the National Guard comes in and physically shuts the buildings down.” Because the National Guard doesn’t have anything better to do during a pandemic.

This is just a brutal reminder that Hobby Lobby is absolute trash. In 2017, they smuggled priceless artifacts from Iraq to furnish their planned Bible Museum in Washington, D.C., and were later ordered to pay a $3 million fine and return the stolen goods. It turned out that Hobby Lobby was (surprise!) knowingly funneling millions of dollars to terrorist group ISIS in exchange for the artifacts.

You may also remember Hobby Lobby from their 2014 Supreme Court case, where they successfully challenged the Affordable Care Act’s birth control mandate. Because if there’s anyone who should be able to decide whether you get birth control or not, it’s the regional manager of an arts and crafts chain.

Meanwhile, Home Depot (which is also a conservative company) has expanded their paid time off policy and frozen the prices of their in-demand products to prevent price gouging.