It's not a swear jar, it's a swear decorative profanity container 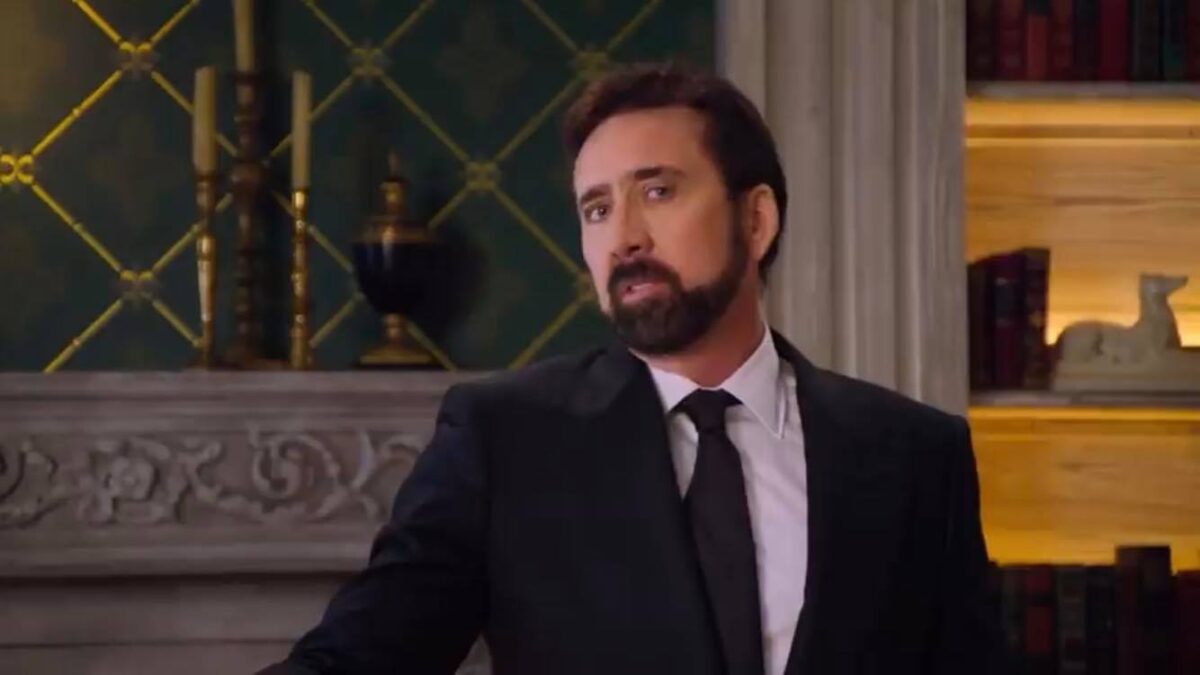 My usage of profanity has increased due to our current state of affairs, but as I recline back in my chair and contemplate my latest declaration of fuck and/or shit, I can’t help but wonder… what are the origins of these terms I hold so dear?

Fortunately, our lord and savior, Nicolas of the Cage variety, has the answers.

Watch till the end to see what Nicolas Cage is talking about. 😏 History of Swear Words, hosted by national treasure Nic himself, premieres January 5th! pic.twitter.com/3Q2Iotm996

Ah yes, as to be expected of the historical figure who once stole the Declaration of Independence.

In the trailer to the upcoming Netflix series History of Swear Words, we see Mr. Cage painting a portrait in what appears to be a study. The lights are dim, and I assume that off-camera is a marble fireplace and one of those “now you might be wondering why I called you all here today” chairs. Drink of choice? Something of a good year, no doubt.

As he paints he gives us a description of his latest masterpiece, something to accompany other museum-quality works like “cut open watermelon” and … whatever that first portrait is, I don’t have enough of a sophisticated eye to tell. With descriptors like quivering with complexity, gentle feline innocence, and women have moved in with each other way too soon for it I, first and foremost, raised my brow at Mr. Cage for calling me out like that.

I’ll have you know, sir, that I didn’t move in with my partner (now wife) for years after our first encounter … mostly because we were long-distance and attending two different colleges. That matters not, Nicolas! You are not allowed to indulge in tea spillage, you must finish painting!

And finish he does, alluding to the name that kid too scared to play dodgeball in gym class gets called before ending on the wholesome note that pussy can also be a cat. D’awwwww!

You may walk away from this trailer with many questions, but let’s be honest, the only thing that should be on your mind is ah, Nicolas Cage has descended from his superior planet to grace us with a new series that takes a deep dive into the decadent dance known as profanity.

And what is this series?

According to Rick Porter of The Hollywood Reporter, the origin story is as follows: Nicolas Cage will host History of Swear Words, a 6 episode series with Bellamie Blackstone (I Love You, America, @midnight) serving as showrunner and executive produce with Funny or Die’s Mike Farah, Joe Farrell, and Beth Belew alongside B17’s Brien Meagher and Rhett Bachner.

The episodes will be 20 minutes each and will feature linguists, cognitive scientists, and lexicographers who will help delve into the history of 6 different words: fuck, shit, bitch, dick, pussy, and damn. This will include the word’s origin, usage, and it’s cultural impact.

History of Swear Words will premiere on Netflix on January 5th. That is quite an efficient way to start 2021 after the shit show that has been 2020.