A Brief History of Fandom, Or, How I Learned to Stop Worrying and Love Being a Fan

(The) Doctor (and a) Strange Love 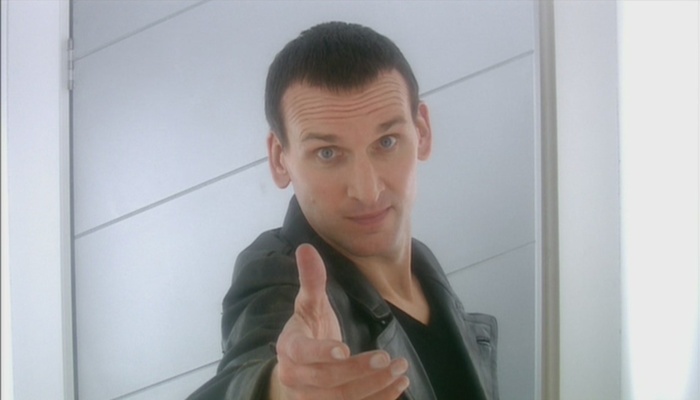 In the beginning, I was not a fan. I liked stuff – Firefly, Star Trek, Lord of the Rings – but the tween who freaked over Bon Jovi and baseball grew up and moved out. I knew about fans; I married a classic Trekkie, who memorizes music cues and can name an episode by its first five seconds, and who first went to Comic-Con in 1972. But I thought, as so many do, that fandom was the domain of man-children with a less than firm grasp on reality.

Then I met the Doctor.

Suddenly, in my late thirties, I was binge-watching a television show. I was pining over fictional characters – and I was writing my own stories for them when the official versions ran out. I was making costumes and going to conventions. I was lit up, inspired, excited as I hadn’t been by anything since childhood.

I wanted to know what had happened to me. So I did what any true nerd would do: I began to read.

By very good fortune, I quickly stumbled across Henry Jenkins’ groundbreaking Textual Poachers: Television Fans and Participatory Culture (Routledge, 1992, reprinted 2009). The book is an ethnography of fandom by a media studies scholar who is also a fan, and it was among the first to see fans as complex, engaged humans rather than mindless obsessives. It showed me a glimpse of a startlingly creative world populated by people like me: women (mostly) who love things (like TV shows) for reasons they can’t always explain. More recently I discovered Anne Jamison’s Fic: Why Fanfiction is Taking Over the World (Smart Pop, 2013). This collection of essays on fic and its writers introduced fan motivations and perspectives I had never imagined. Reading these books I felt understood, but I also began to understand.

You Are Not Alone

It’s obvious now, but at the time it was a revelation. Grown-up adults get passionate about things that aren’t real. C. S. Lewis, author of the well-loved Narnia series, is famously quoted as saying, “When I became a man I put away childish things.” However, not as many people know the rest of the quote: “…including the fear of childishness and the desire to be very grown up.” Simon Pegg, John Green, and David Tennant have all spoken in public about being unashamed to love the things they love. Neil Gaiman has expounded at length on the value of fiction and fantasy. I find myself in very good company.

This Has All Happened Before

The Star Trek fandom is probably the first famous fandom. The letter campaigns that brought the original series back for a third season – and the cast back for a feature film – put TV fans on the map; when non-fans talk about fans, they’re often thinking of Trekkies. But Star Trek fans were not the first, as any Sherlock Holmes fan knows. Anne Jamison identifies the medieval romance The Knight of the Cart, written around 1171, as Arthur/Lancelot/Guinevere fic (Jamison, p. 27). Other fans have pointed out that artists as admired as Leonardo da Vinci and Michelangelo produced fan art: The Last Supper and The Creation of Adam were, after all, based on someone else’s story.

YouTubers did not invent the fan vid. VCR-era fans made videos of their own, some with as many as 189 edits (Jenkins p. 229), with clunky analog tapes and editing machinery subject to slips and drifting: the technological equivalent of stone knives and bearskins.

Something about being a fan drives people to make things. When they love something, they want to make more of it, to make different versions of it, to make it better. And they can’t be stopped. Sometimes the barriers are physical, like the technology those VCR vidders had to work with, or the continents and time zones separating members of the Doctor Who Fan Orchestra. But other barriers are falling as well. Author, lawyer, and fanboy Leslie S. Klinger recently sued to free Sherlock, demonstrating in court that the character belongs in the public domain. The Organization for Transformative Works protects access to fan works and fan creativity in the face of a legal culture that is often misunderstood.

It’s Not Just Us

I am finding fandom everywhere. Fantasy sports teams. Real-person fic about boy bands. Religious icons. The ‘reveurs’ of Erin Morgenstern’s The Night Circus (Anchor Books, 2011), for whom the circus is – like the media convention circuit – an opportunity to immerse oneself in a created world and spend time with like minds. People are fans of all kinds of things, and for all kinds of reasons. Some viewers reject the BBC’s Sherlock for its throwback masculinity; others use the characters to work out their own feelings of isolation and social inadequacy. Some decry Twilight as vapid juvenile romance not worth the paper it’s printed on, while others see an intriguing set of characters in search of a (frequently very adult) story – which they often then write themselves. Young men like Peter Berg (Jamison, p. 337) love My Little Pony – not for the creepy reasons that some of us (guilty) first assume, but for the show’s fantastic worldbuilding and opportunity for adventure.

It doesn’t matter what the merits of the property are if it has the power to inspire. It’s not all one thing, like science fiction or cult television; it’s a million things, all speaking to people in a million different ways.

I’ve only scratched the surface. There are miles to go inside this world. Like the Doctor, I discover something new at every turning, and there’s always more to see.

Bring on the adventure.

Elisabeth Flaum began writing because of Doctor Who and hasn’t yet been able to stop. She lives with a man and two dogs in Portland, Oregon, where she works in accounting, races dragonboats, and writes poetry about the weather. Interested readers may follow her ramblings here.