Why is no one stopping this from happening? 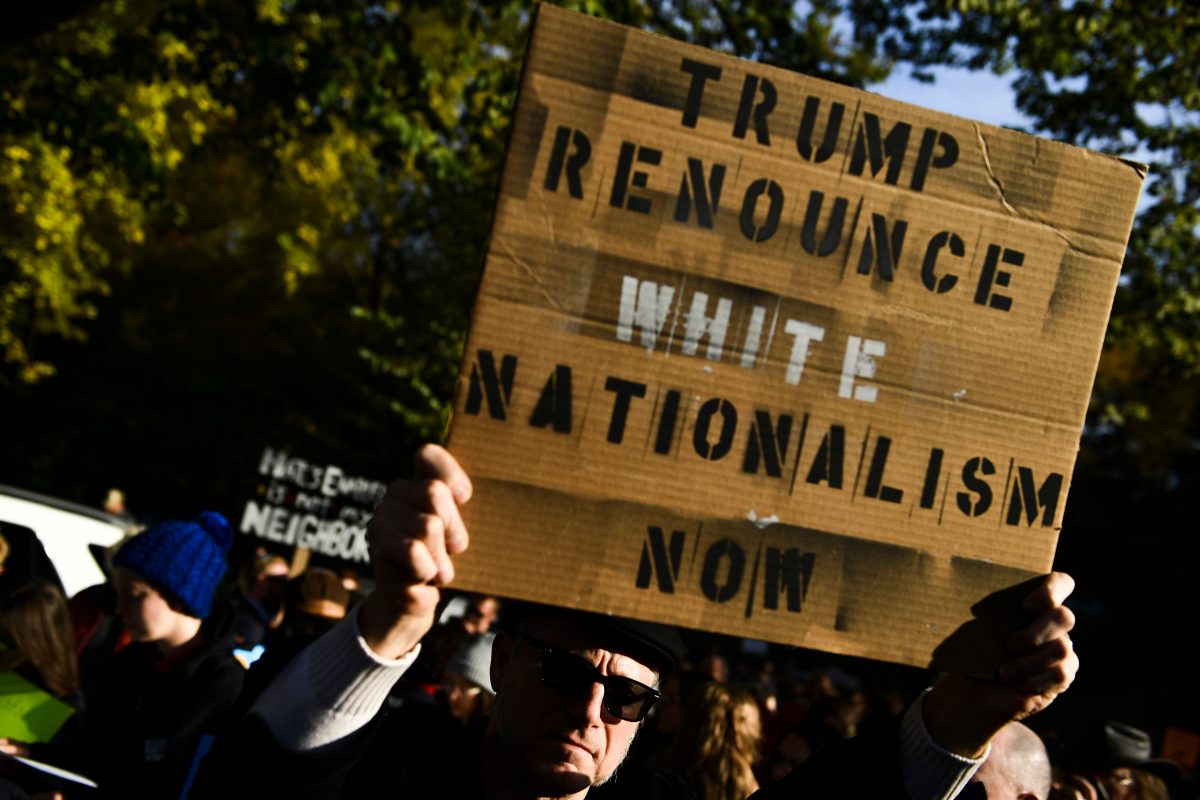 At Baraboo high school, the graduating class of 2019 collected a group of white male students together for their prom pictures. At the time, the group was getting ready to go to their Junior prom and decided that a great picture idea would be to all throw up a Sig Heil to promote … what exactly?

Their allegiance to the Nazi party?

If anybody from Baraboo High School in Wisconsin can clue me in on why it appears the entire male class of 2018 is throwing up a Sig Heil during their prom photos – that would be great.

To make matters worse, it wasn’t just their idea of a “funny” pose. They very well knew what they were doing when they chose it.

Her original post shows that the photo was tweeted out from a now private account, stating, “We even got the black kid to throw it up #BarabooProud“.

Would love some context as to why this is remotely okay or normal for literally fifty kids at prom.https://t.co/VRIyeMqCvA

Journalist Jules Suzdaltsev continued to look into the story, and the more he did, the worse it all became. Not only did the school not care about racism, but they have been told time and time again about the boys and their actions, and their way of stopping it was to just have the boys delete their bullying and/or racist posts off Instagram, facing no form of punishment.

Someone who would like to remain anonymous just sent me this message and picture of herself that was posted by a classmate.

Seriously, what is going on with this school? @BarabooSD pic.twitter.com/pHGbnelHct

In the photograph, one of the kids is legitimately holding up the white power “okay” symbol and laughing about it.

A scary truth of the situation is that, even when students reported these boys to the principal, nothing was done about it.

I am being flooded with messages from students of this school about some of the guys in the group photo.

It sounds like there is a lot of racist bullying and the school tends to do nothing about it. pic.twitter.com/yvPZWI196A

One of the boys in the photograph spoke out against his classmates, clearly uncomfortable with what was going on. One.

I spoke with the only student who is visibly not comfortable with the “salute”, he provided this statement. pic.twitter.com/HbNBc8xLOK

Jules went on to share countless stories from students, depicting the actions of the boys and the school’s lack of action. No matter what came into the principal’s office, nothing was done. It got to the point where the photographer of the picture finally took it down, but called everyone complaining about the picture “jerks.”

The photographer has removed the photo from his website and updated with this… confusing message. pic.twitter.com/vx4r9Eo1zZ

Because that seems about right. We’re jerks for wanting to know why a group of at least fifty kids are throwing up an arm gesture linked to the Nazi party. 2018 is absolutely terrible, and Baraboo high school had better step up and start doing something about this.