What Time Is It? Time To Definitively Prove High School Musical 2 Is the Best of the Trilogy 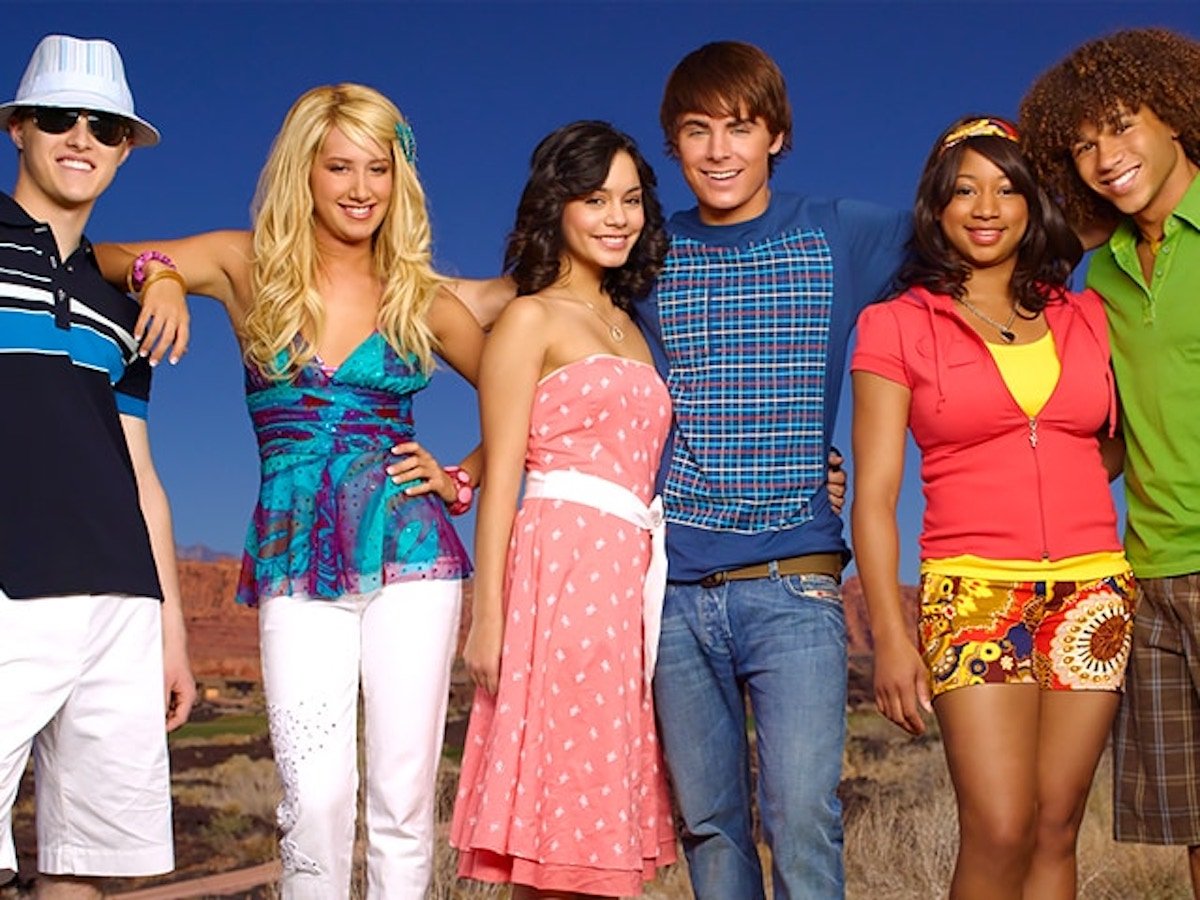 The Godfather Part II, The Empire Strikes Back, Terminator 2, The Dark Knight: all iconic, award-winning films with one thing in common: they’re the second installment of their respective series. It’s no secret that in some of cinema’s most prestigious franchises, the second movie is the best, and High School Musical is no exception.

Though the Disney Channel trilogy (quadrilogy, if you include Sharpay’s Fabulous Adventure) was robbed of prestigious accolades like Oscars or Golden Globes, the films remain iconic pieces of ’00s pop culture, and the debate continues to rage on: “What’s the best High School Musical movie?”

A brief summary for the uninitiated (though, if you somehow haven’t seen HSM2, put a pin in this article and head to Disney+ to stream it immediately). High School Musical 2 picks up at the end of the East High school year, where Troy, Gabriella, and the rest of the wildcats are anticipating a fun-filled summer of singing, dancing, basketball, teen romance.

Their summer seems to be off to a great start, until they realize that ritzy Lava Springs Country Club—where they all have their summer jobs—is owned by Sharpay Evans (the school’s queen bee) and her family. As the Wildcats navigate working for diva Sharpay and stuffy manager Mr. Fulton, Troy questions his post-high school plans, and Gabriella questions her relationship with Troy—all, of course, set against the backdrop of preparations for the Lava Springs Stardazzle talent show, where both the Wildcats and the Evans children hope to claim victory.

Where the first High School Musical film is laden with establishing the dynamics between the franchise’s fairly sizable cast, and HSM3 spends most of its runtime invoking nostalgia and reflecting on the previous two films, High School Musical 2 doesn’t have the pressure of introducing characters or giving them a heartfelt sendoff, and as a result, the film is free to explore a number of complicated, interwoven interpersonal relationships between its ensemble cast, providing a well-paced narrative that explores not just Troy and Gabriella’s relationship and career worries, but also the hopes, dreams, and relationships between its larger ensemble cast.

The first film left Troy and Gabriella in classic, movie-musical And They Live Happily Ever After fashion, but HSM2 puts their relationship to the test: not just because of Sharpay’s meddling, but looking deeper at the fundamental differences between our two leads, and at the societal pressures on both of them that threaten to drive their relationship apart.

Troy struggles to prioritize his relationship between his friendships with the Wildcats, his blossoming career as a college basketball player, and his job prospects beyond high school and college. Meanwhile, Gabriella is finally able to grow close to her peers and develop lasting friendships now that her family isn’t constantly moving. But when that newfound freedom helps her forge friendships in unlikely places, especially with Sharpay’s brother Ryan, she works to maintains these new relationships while still trying to make things work with Troy—eventually realizing putting herself first and being willing to step away from their relationship may be what’s needed to forge her own path towards happiness.

Such a multifaceted look at the inner workings of Troy and Gabriella’s relationship also expands to the rest of the cast at large—every character is given a chance to shine and develop beyond the archetype or mold they initially represented in the first film. Sharpay is perhaps the best example of this phenomena: though she’s certainly still up to her conniving ways and works at every turn to undermine Gabriella and the rest of the wildcats, we also learn more about her family life, are introduced to her parents, and go much more in-depth in regards to her relationship with Ryan.

And while she may be doing it in an ill-fated attempt to win Troy’s heart, we also see Sharpay use her privilege to help others: seeing that he’s struggling to find a way to pay for college, she pulls strings behind the scenes to get Troy promoted at Lava Springs and land him a potential athletic scholarship with the University of Albuquerque.

Sharpay isn’t the only Evans to get further development in HSM2—one of the film’s biggest strengths is that it takes the time to give her brother Ryan some much-needed character development, and he goes from being her dance partner/sidekick to a full-fledged character in his own right, especially in regards to his friendship with Gabriella and complicated relationship with jock Chad Danforth.

When Ryan gets to finally step out of his sister’s star-shaped shadow, he develops into one of the franchise’s best characters: remarkably witty, selfless, and well-liked, despite the fact that the majority of his classmates despise his sister. Ryan has no qualms about incurring his sister’s wrath by helping the Wildcats try and win the talent show, and he shows the same open-minded fearlessness when winning over Chad Danforth in one of the film’s best (and most homoerotic) numbers: “I Don’t Dance.”

The high-energy baseball-themed number (choreographed by director Kenny Ortega) is one of the catchiest tunes in the entire franchise, and just one a half dozen musical numbers that contribute to the other major reason why High School Musical 2 is the best in the series: the music. Of course, every movie has a handful of iconic numbers: the first film gave us legendary songs like “Stick to the Status Quo” and “We’re All In this Together,” and HSM3’s “I Want It All” is a glitzy showstopping standout.

But the music of High School Musical 2 (though perhaps not as instantly recognizable as the original) is on another level: the film doesn’t have a single weak link in its soundtrack, and every number is a toe-tapping tune that slots effortlessly into the narrative while also providing a variety of genres and choreography.

We hit the ground running with “What Time Is It,” which is without question the best opening number of the franchise—and a song that to this day plays around school loudspeakers around the globe on the last day before summer break. That’s followed up by “Fabulous,” Sharpay’s first solo in the series and an iconic diva anthem that features Esther Williams-inspired water ballet choreography, and Ryan playing a pink grand piano in the middle of a pool while wearing a tuxedo—what’s not to love?

From there we get “Work This Out,” which incorporates unique kitchen-based percussion a-la Stomp, the aforementioned “I Don’t Dance” (which features a now-notorious outfit swap between Chad and Ryan), and Troy’s angst-ridden solo “Bet On It” which inspired this iconic vine and a shot-for-shot recreation by Trisha Paytas.

The film closes out with uplifting ensemble anthem “Everyday” and the obligatory pool party celebration number “All For One” (which features a blink-and-you’ll-miss-her cameo from Miley Cyrus), and who could forget “Humuhumunukunukuapua’a,” the fever-dream performance from Sharpay, Ryan, and a deeply uncomfortable Troy that was cut from the original film but lives on as a mesmerizing deleted scene.

It may have the culture-changing status of the original or invoke all the nostalgia of HSM3, but High School Musical 2’s thoughtful, multi-faceted examination of Troy’s inner turmoil, focus on developing Sharpay, Ryan, and the rest of the East High Ensemble, and soundtrack that doesn’t put a foot wrong all combine to create a perfect storm of summer fun, 00s nostalgia, and effortlessly charming teen romance. From the second Ms. Darbus’ oversized clock starts ticking, High School Musical 2 delivers the biggest laughs and best songs of the franchise—cementing its status as the one High School Musical movie to rule them all.