Congratulations, gentlemen. Guess it's time to get your boson. 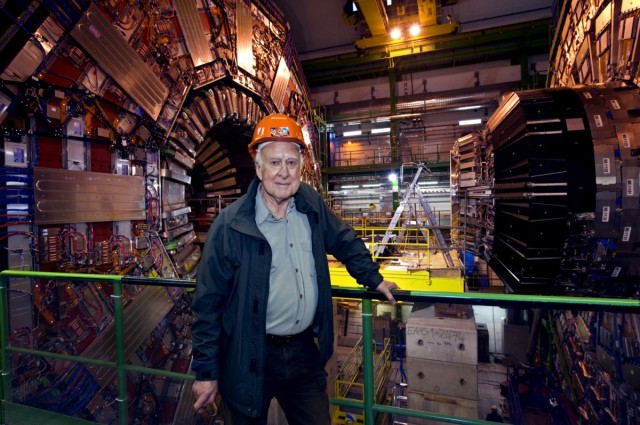 The 2013 Nobel Prize in Physics is being awarded to Peter W. Higgs and François Englert for their work on theorizing the Higgs boson particle. The Higgs boson has been in the news a lot over the last few years, but Higgs and Englert’s work theorizing it took place in the 1960’s. It’s about time, Nobel Committee.

The reason for the decades-long gap between Higgs and Englert’s work and their sweet, sweet Nobel Prize is that it’s taken that long for science to confirm the Higgs boson. That was done thanks to the Large Hadron Collider at CERN in Switzerland.

For months now, CERN scientists have been talking about a “Higgs-like” particle, but it seems like no one wanted to be the first to flat out call the thing the Higgs Boson. Perhaps the Nobel Prize Committee is doing that by giving Higgs and Englert the prize, which many expected to happen last year.

On the Nobel site the reason for the pair winning the prize this year is:

…for the theoretical discovery of a mechanism that contributes to our understanding of the origin of mass of subatomic particles, and which recently was confirmed through the discovery of the predicted fundamental particle, by the ATLAS and CMS experiments at CERN’s Large Hadron Collider.

The “predicted fundamental particle” they’re referring to is the Higgs boson, and although they didn’t call it out by name, they also didn’t say Higgs and Englert are getting the prize because CERN found a “Higgs-like particle.”

We couldn’t find a picture of the two men together, so we used the image seen above of Higgs at CERN, but we don’t want Englert to go overlooked here, so here he is as well: 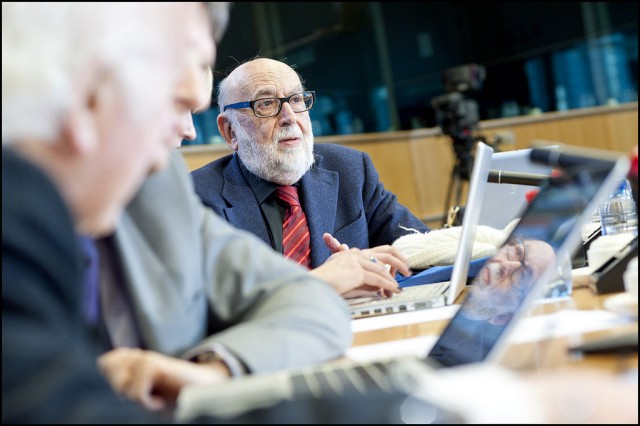 (via The Nobel Prize, image via Marc Buehler)