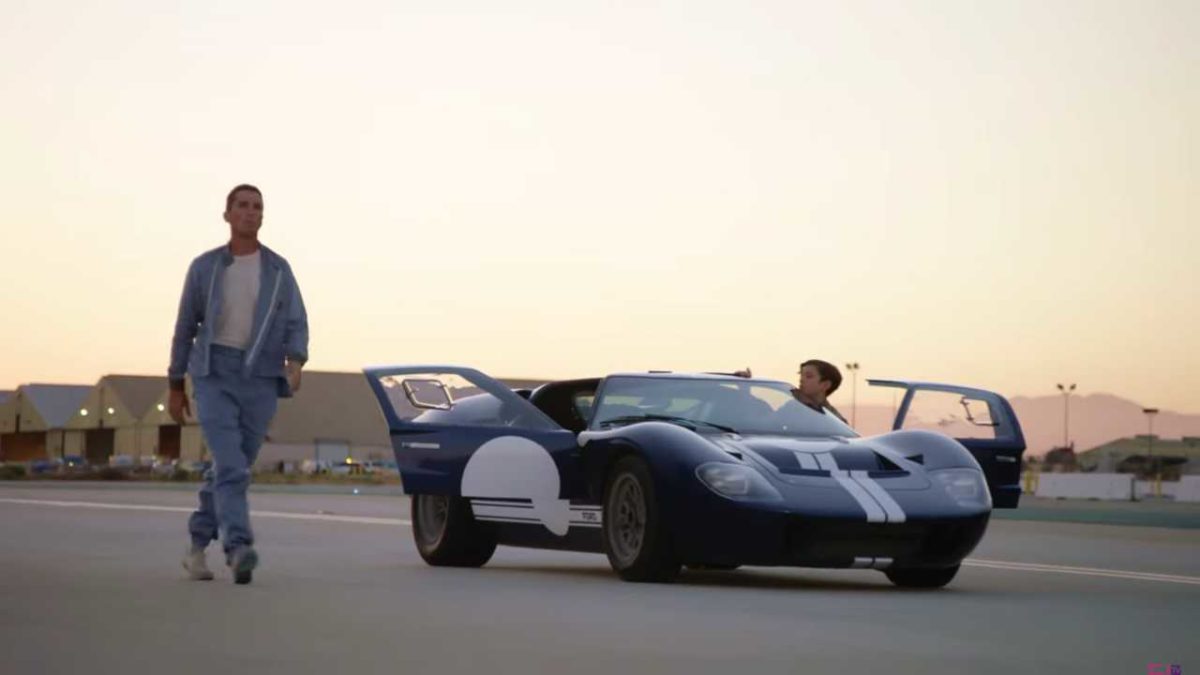 First, let me say that I went into Ford v Ferrari with the mindset of “This is going to be a film, and it is going to be a film that I have watched,” and I left yelling, “Vroom vroom, cars go fast!” Second, give Noah Jupe the world. Ford v Ferrari focuses on the real-life story of Ken Miles and Carroll Shelby, two men who brought the Ford Racing Company into existence and won the Le Mans ’66 together.

Basically, the kind of movie my parents would watch and tell me was really good, but I would never want to sit through. So, what is it that makes this movie so interesting to me? I guess it’s probably the fact that it is, somehow, a comedy about two men who love each other that then devolves into the saddest ending I’ve ever seen, so I just sat there and cried for ten minutes.

Let’s get into. Ken Miles (Christian Bale) is a hot-headed driver, and when Carroll Shelby (Matt Damon) cannot race because of his heart condition, the two begin to really work with each other. Miles is hard to work with, but Shelby continually campaigns for him because he loves him, and the two are constantly trying to help each other while still following orders from the big guys: Ford Motors.

Henry Ford II (Tracy Letts) is angry that his company is basically falling apart because of sports cars (men, amirite?), and so one of his employees, Lee Iacocca (Jon Bernthal), suggests getting them into the racing business to, essentially, take out Ferrari. The battle begins when Ford tries to buy Ferrari, since they’re broke, but Ferrari just uses their offer as a pitch to Fiat to give them more money.

Angry, Ford then agrees to hire Shelby to help start the racing division, and then the movie gets into a lot of car talk that I just nodded along to because boy oh boy do I know absolutely nothing about cars. There is a point in the movie where they just LITERALLY swap out a brake system in a car, and I said, “Is that even possible?” and then remembered it was based on a true story and said, “Okay then.”

Maybe once I unpack more of this movie, I’ll realize that I didn’t like it that much. But right now, I’m still thinking about them going real fast and Matt Damon pulling little tricks trying to win the Le Mans ’66, and how he just loves Ken Miles so much. Maybe Ford v. Ferrari rules?