Also, the Fables movie is still a thing that is happening. 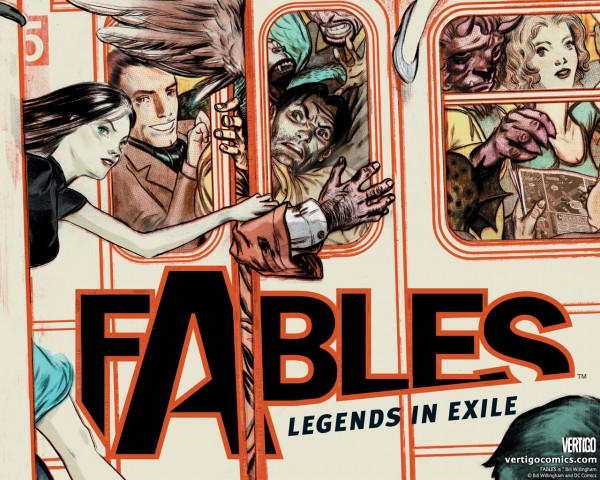 David Heyman’s Paddington is making hay at the box office, and so he’s doing the usual press thing, which means he’s being asked about his other projects, i.e., two geek properties that have women writing their screenplays, so, up our alley.

In an interview with Spinoff, Heyman mentions that the Fables movie, based on Bill Willingham’s graphic novels, is still pushing towards becoming a real production. Director Nik Arcel has finished his first draft of the script, and, says Heyman, is now collaborating with Jane Goldman. Goldman’s credits include the upcoming Kingsman, as well as plenty of successful work in adapting comics for film, with Kick-Ass, X-Men: First Class, and X-Men: Days of Future Past under her belt. So hold on to your pants, Fables fans, that movie’s still kicking its way through pre-production.

But Heyman hasn’t forgotten the other highly anticipated fan project he’s working on, namely Fantastic Beasts and Where to Find Them, the first Harry Potter film not be a direct adaptation of one of the books, and the first to have a screenplay written by J.K. Rowling herself. And for Heyman’s part, he says that working with Rowling has been a joy.

She sure as hell can write screenplays! She’s a writer. What’s been incredible working with her is her tireless imagination, but also her humility. As a novelist, an editor may make suggestions, but especially her with the success she’s had, with this, she brings an incredibly vivid imagination, wonderful characters, and I think it’s going to be amazing. So working with her is like working with a master – but a master with such humility and sense of collaboration. She knows that David Yates is going to direct this film, and she is working with him and Steve Kloves and us all to make it as good as it can be, to shape it to make it the best film that we can. So there’s a real humility there, and at the same time incredible confidence and originality as a screenwriter.

Sounds like a pretty smooth transition for a first-time screenwriter, and one that I’d be interested to observe even if I wasn’t into the Harry Potter books.