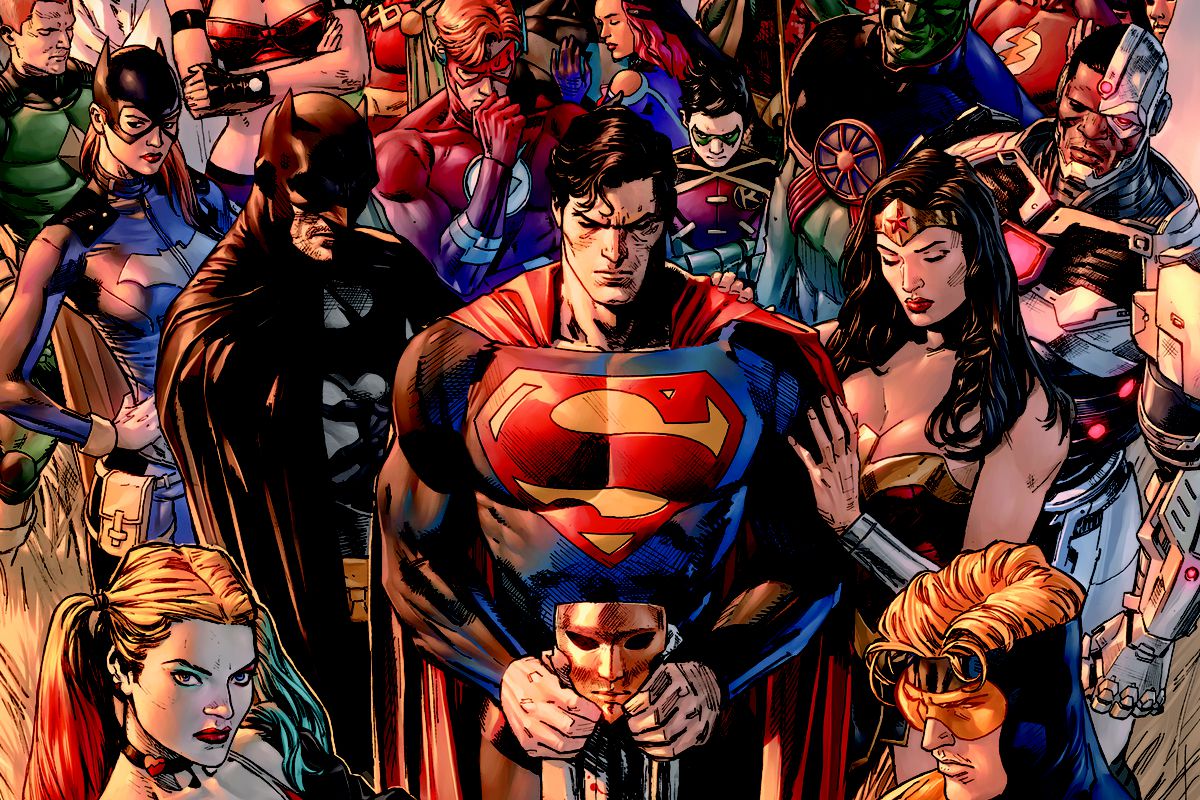 Big news in comics right now is that the person responsible for killing several heroes within the Heroes in Crisis DC Comics series by Tom King has been revealed, and some people are not happy about who the killer was.

It’s revealed in the newest issue that Wally West was the perpetrator of the sanctuary massacre that killed Poison Ivy, Roy Harper, and a number of other heroes. The reason for this was that Wally was deeply traumatized over his marriage and children being erased via the latest DC reboot of the universe (not gonna lie, us too Wally). As a result, he lost control of the speed force and accidentally killed the others in the sanctuary.

Many people have speculated that Wally was the killer, but the latest issue confirmed it, and some fans are pushing back against the comic’s depiction of mental illness.

“It is seriously harmful to portray someone suffering this kind of trauma as a mass murderer, especially given statistics prove that those struggling with mental illness are no more likely to harm others as anyone else.” — @CorrinaLawson https://t.co/fOeYA6JJpW

With Heroes in Crisis #8 out today and my frustration with its portrayal of mental illness and trauma (oh, hey, I’m cray and overwhelmed, so I’ll turn into a mass killer and then frame two other people because… https://t.co/OxBvVn3WmC

Heroes in Crisis 8. What a mess. Can’t believe they’d do #WallyWest like that. pic.twitter.com/yl9XaMEEDs

Heroes in Crisis #8 is bad. At least there is no rape involved. Remember that creators behind books have lives, families and people who care for so be critical but DON’T be jerks and DON’T harass people.

Writer Tom King has pushed back in return, saying that you should read the entire issue before making up your mind about the story due to “click-bait” articles framing it a certain way. There are also people saying that the issue was impactful for them personally.

All in all, I think Heroes in Crisis #8 anchors the story in a necessary way #NCBD https://t.co/fIhg27VhJO pic.twitter.com/Xckb1BFrxP

Heroes In Crisis #8 is out tomorrow. I was fortunate enough to review this issue. Here’s what I’ll say for now. This issue connected with me on a personal level that books rarely do. It explores what it means to struggle with loss and feeling alone can effect you. It’s a raw pic.twitter.com/SBif4VPch3

Heroes In Crisis #8 by far is my favorite issue of the entire series. I’ve been a fan of this story from the start and the way that @TomKingTK expresses being vulnerable and how we aren’t alone. @MitchGerads is becoming one of my favorite storytellers with his art. pic.twitter.com/i8UWjQcAdL

As someone who suffers from severe anxiety, depression, and has forced myself to go back to therapy, I understand how depictions of mental illnesses, especially when paired with murderers and killers, can be frustrating. Part of the reason so many of us are reluctant to be diagnosed is that media is very quick to associate mental illnesses with harming others, despite the fact that we are most likely to harm ourselves before anyone else.

What is critical in media depictions is to come from a place of genuine discourse and discussion and not just using it for shock value. We have made mental illness shorthand for dark behavior too often, that it’s hard to take it in good faith when it comes up.

I did read this issue to get my opinion on the piece, and for me, it is a mixed experience. One line that stuck out to me was when Wally says:

“I was alone and Sanctuary kept telling me I wasn’t. That whatever I was going through a lot of others go through and it’s no big deal, it’s everyday, it’s everyone, it’s just your turn now. We’re all heroes. We’re all struggling. We’re all in this together. All of that. But—and this is the thing, and it’s stupid, but it’s the thing so I have to tell you. I didn’t believe it. I’m sorry. I know it’s stupid. But that’s what it was. I felt like … this pain can’t be in others, or I’d know. I’d see it on them. Like they had to be seeing it on me.

I felt that. That is a real thing you can feel in the depths of a depressive episode. The feeling that no one understands what the pain is like and you are alone, even though statistics and everything around you tells you otherwise. For me, that is the best and most truthfully part of Wally’s monologue. After it, I feel like the story just falls apart. I never truly understand the line between Wally’s pain and trying to understand and relate with the pain of his fellow heroes that he not just accidentally killed people, but then came up with this elaborate plan to cover it up. Watching Wally act with a seemingly serial killer-like detachment—that I find deeply uncomfortable.

I don’t know Tom King’s history, I don’t know if he came to this from his own darkness or experiences, but I hope that he listens in good faith to the criticism as he looks at the feedback.

Those who’ve read #8 of Heroes what did you think?