Hermione Is Black Now, But That Isn’t Enough When I heard that Hermione Granger would be portrayed by a black woman in the upcoming Harry Potter sequel stage play Harry Potter and The Cursed Child, I wasn’t as happy as everyone else. It’s not because I’m a racist white person. On the contrary, I am a young black woman who leaned on Hermione Granger in high school whenever I felt too out of place. As much as I am happy for actress Noma Dumezweni, I can’t help but feel that Hermione being cast as a black woman came a bit late.

Growing up with the Harry Potter series, I rarely knew or noticed that there were people of color in the books. When I read the third book for the first time, I found myself wondering whether Hermione was black or not when I saw her described as “very brown.” Without any confirmation from the book or any unspoken permission, I couldn’t see Hermione as black. Once the movie adaptations were released, I thought it was natural to see a white Hermione, even though part of me wanted her to be black. 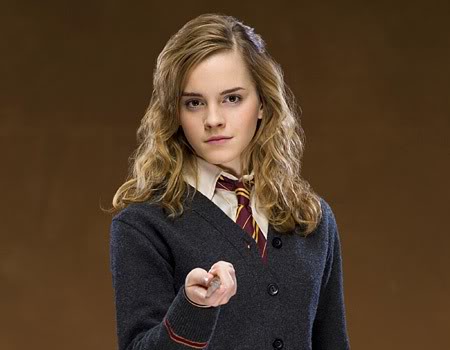 On the movie screen, what little time the characters of color have are reduced even more or made non-existent. The most notable instance of this occurred with the character Lavender Brown. Although she is never described in the books, she was originally portrayed by two black actresses, Kathleen Cauley and Jennifer Smith. Neither of these roles had speaking parts. In the sixth film, Lavender Brown became the love interest of Ron, but was replaced by a white actress, Jessie Cave. 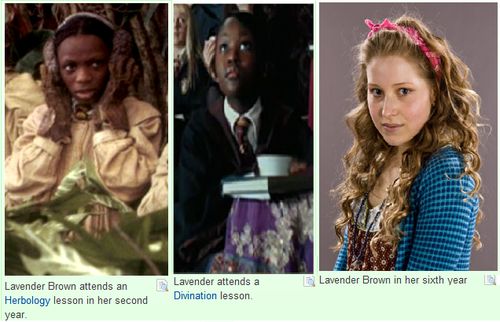 Even though Hermione is black in the new stage play, I feel like this Hermione may be less memorable than the white Hermione. Unless the stage play is broadcast live on television like the recent Broadway musical The Wiz, only a select group of people are going to be exposed to the black Hermione. Without enough exposure, many black girls aren’t going to have that unspoken permission that says, “I’m a black girl and I can be Hermione too.”

For marginalized people, not seeing someone who looks like you on a regular basis affects how you can see the world. In an article from Media Diversified, a teacher described an incident that occurred after giving the children a writing assignment. The assignment involved writing a story with a protagonist that used the name of someone in their family. A Nigerian boy was reading his story aloud to the class when another boy stood up and said, “You can’t do that! Stories have to be about white people!”

Imagine this sentence echoed in the mind of a young black girl after seeing white Hermione more than black Hermione. In a time where female nerds are still considered an anomaly and black women and children are victims of police brutality, a black girl unconsciously being told that they can’t be clever and outspoken like Hermione is just plain wrong.

According to a recent article in The New York Times, Harry Potter author J.K. Rowling has approved of the new casting of Hermione and was involved in the casting decisions. But as magical as this decision is now, this is a spell that should have been cast a long time ago in the books and films.

Latonya Pennington is a contributing writer for Black Girl Nerds and Afropunk. In the past, she has also done pieces for Atlanta Blackstar, For Harriet, and Buzzfeed. She lives somewhere in the southern United States and spends way too much time listening to music, watching shows online, and reading. Find her onTwitter.