Here Are the Funniest Tweets About Trump’s Twitter Ban

It feels good to laugh again. 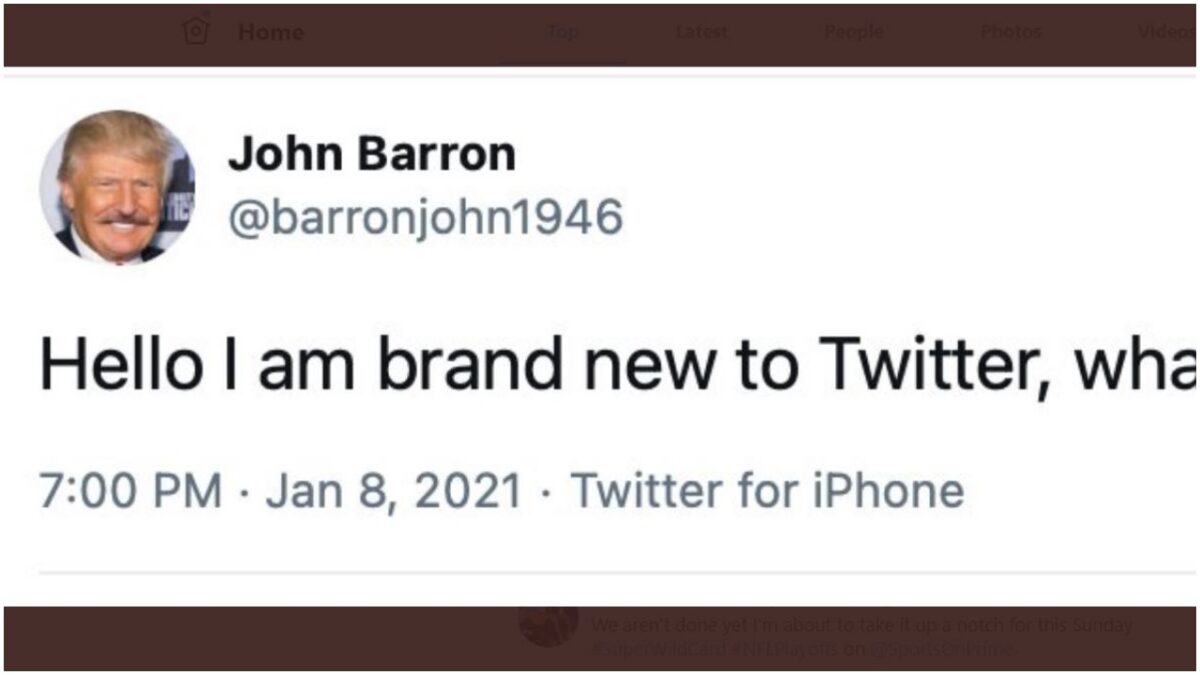 The world rejoiced yesterday when social media giants Facebook and Twitter finally banned Donald Trump’s accounts. The de-platforming of our Demagogue-in-Chief was long overdue, considering he has been fomenting rage, deceit, and hate speech for several years, which finally culminated in Wednesday’s seditious attack on the Capitol building by domestic terrorists.

Is Trump’s de-platforming too little, too late? Absolutely. But is it still deeply satisfying to see his favorite megaphone snatched from his tiny orange hands? Undoubtedly. Trump’s ban has delivered a deeply cathartic moment of schadenfreude that we as a nation sorely needed.

As Trump scrambled to use his various accounts, Twitter users were quick to troll his pathetic efforts to be heard. The result was an all-star line-up of dunks, roasts, and memes that gave us all a good laugh during this fraught and scary week. Here are some of our favorite tweets since yesterday:

Hello I am brand new to Twitter, what are you guys up to

Trump accounts just getting vaporized left and right. Like the rapture for idiots.

If he really wants to be heard, he can walk his lazy ass to the briefing room and start yapping.

omg this is just like George Orwell's Animal Crossing

Can the Defense Production Act be used to commandeer the Steak-Umm account. Asking for a friend

Gollum has lost his precious.

This is like the Red Wedding for assholes. https://t.co/MYVY72FRYa

Lmaooooo this the wildest ban in history. His phone just a brick pic.twitter.com/vnpb79Npb5

To anyone complaining about a private media company kicking Trump off their platform:

Think of Twitter as a Christian bakery and Trump as a gay wedding cake.#BanTrumpFromTwitter

Twitter users also took social media to task for enabling Trump and profiting off of his toxic fan base. After all, these sites have basically watched our house burn for 4 years before rushing into the dying embers to save a melted spoon. This is not the brave and righteous stand you think it is, Jack Dorsey.

twitter after the orange cyst has been inciting violence constantly for 4 years: pic.twitter.com/gAr4cOXFBL

Of course Jack Dorsey is on an island right nowhttps://t.co/a4WZ7RF8zF pic.twitter.com/FJYYyxcnOy

I am equally impressed with Facebook and Twitter's decision to ban Trump now as Betsy DeVos and Elaine Chao's decision to resign now.

What a day to be alive.