Her Universe Shopping Spree at Comic-Con, Anyone?

Loki is the new black. 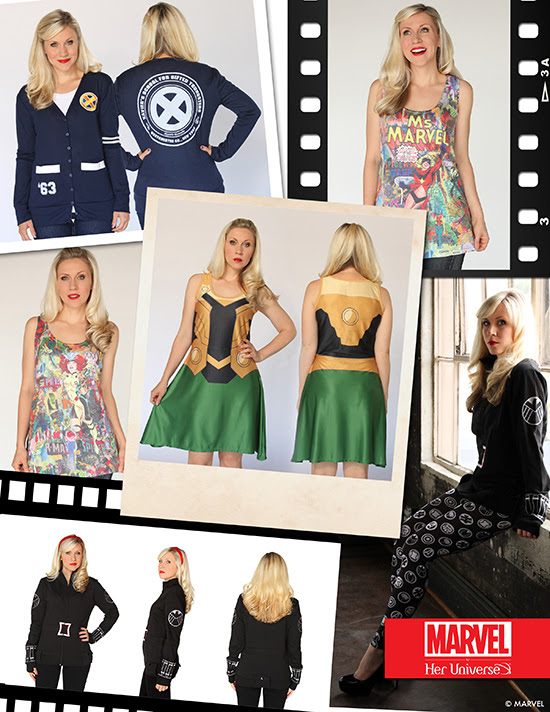 It’s safe to say I’m leaving some extra room in my suitcases. Check out more of the geek chic items Her Universe will be bringing to Comic-Con, as well as a new pairing with Nerdist for the “Ultimate Convention Hoodie.”

Groundbreaking Fangirl fashion company Her Universe™ announced today that it will be returning to San Diego Comic-Con International this year in a big way! The convention will be held at the San Diego Convention Center from July 24th to the 27th. Actress and Her Universe Founder, Ashley Eckstein, revealed that Her Universe will debut several new designs and will offer dresses, cardigans, fashion tops and much more from Star Wars, Marvel, Doctor Who, Star Trek, The Walking Dead and Transformers. In addition, the Star Wars by Her Universe R2-D2 My Hero Jewelry Collection that is designed at the Sparkle Factory and made in the USA will make its convention debut. And, just in time for the film’s August 1st debut, every purchase made at the Her Universe booth will receive a FREE Marvel’s Guardians of the Galaxy slap bracelet. As with previous years, the Her Universe booth will be located in the Lucasfilm Pavilion, #2913-E. Please find attached the exclusive Her Universe lookbook for San Diego Comic-Con 2014 that features items that will be for sale at the booth.

And yes, as you can see from these new images, there will be a few new items to be had. 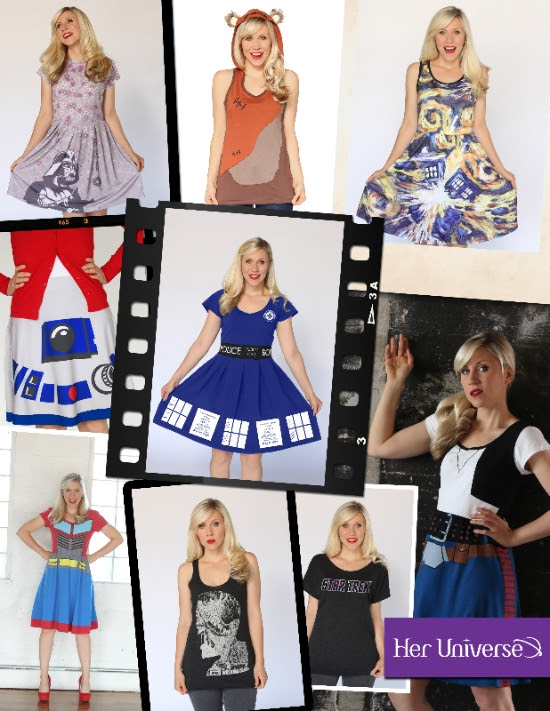 And here’s that hoodie we mentioned. Who needs giant bags when you have ALL THE POCKETS? 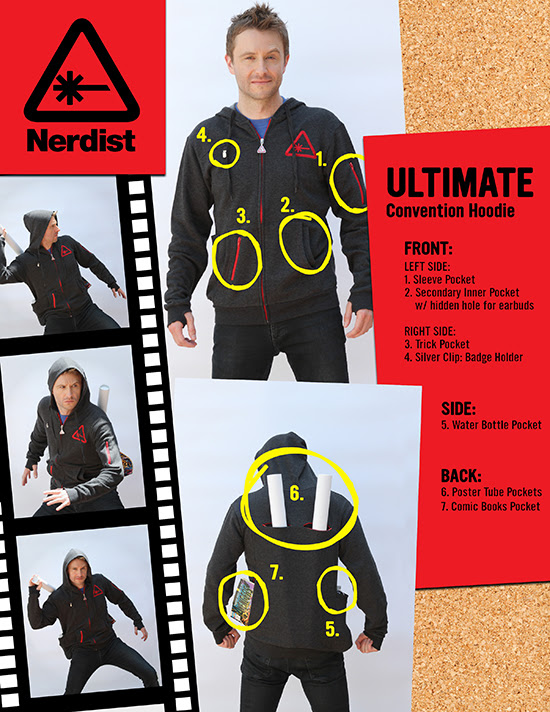 Don’t forget Her Universe is also hosting their first SDCC fashion show on Thursday (I’ll be there, schedule permitting!). You can find all the info on their event page.