What Do You MEAN Henry Golding Is in Persuasion but Not the Romantic Lead? 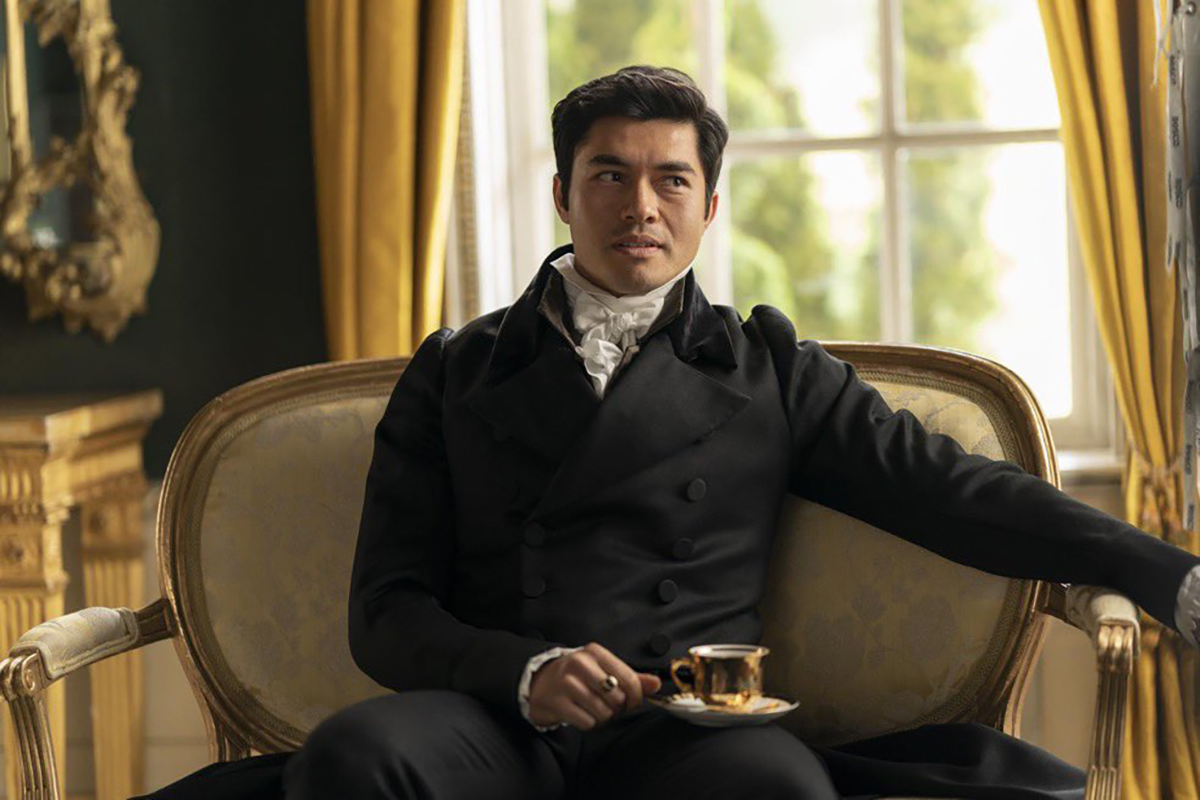 When Variety first reported Golding’s casting, they were also shocked that he was not Wentworth and was, instead, playing Anne Elliot’s (Dakota Johnson) cousin Mr. Elliot. Like, why? When Golding was right there to be Wentworth? Wouldn’t you want to see Henry Golding falling in love and being the Jane Austen man of our dreams? It’s extra mind boggling considering Golding was already the romantic lead in a massive hit with Crazy Rich Asians.

But instead, we just have these first pictures of Golding as Mr. Elliot balancing a teacup on his thigh to keep us going.

Henry Golding balancing a cup of tea on his thigh. Discuss. pic.twitter.com/W8leXIO55O

No, really, I will be thinking about this teacup for far too long. Blame Jane Austen. She made it so the slightest touch or gesture is, arguably, the hottest thing that can exist. We will always have Mr. Darcy in the 2005 Pride & Prejudice flexing his hand after simply helping Lizzie Bennet into a carriage.

The first look of Golding, Johnson, and Cosmo Jarvis (who is playing Wentworth) has fans talking about the Austen adaptation. And if we all love one thing, it’s a Jane Austen adaptation where people barely touch each other.

Let these exquisite photos of Dakota Johnson, Cosmo Jarvis, and Henry Golding tide you over until PERSUASION, a most excitable new film adaptation of Jane Austen’s novel from director Carrie Cracknell, arrives on Netflix in 2022. pic.twitter.com/GSwzx8C2Y9

Twitter, while obsessed with our first look at Persuasion, was also shocked that Golding was not, in fact, our Wentworth.

the mere idea that we’re supposed to root against henry golding’s romantic success in this i’m suing netflix https://t.co/WXSofkxIa5

R U TELLIN ME THEY HIRED DAKOTA JOHNSON AND HENRY GOLDING BUT HENRY AINT PLAYIN THE ROMANTIC LEAD?!?! pic.twitter.com/s0qPUSz4Ra

Not but Henry Golding really ate him up pic.twitter.com/9ddBeyXsQX

While we’re still going to cry over Mr. Elliot (and probably Anne and Wentworth), we have a while to wait for it. The movie isn’t set to be released on Netflix until 2022. So we just get to stop and think about these pictures for a … year.

So I can’t wait to watch Persuasion and fall in love with Mr. Elliot instead of Wentworth. (So sorry to Cosmo Jarvis, you have an amazing name though.) Henry Golding balancing that tea on his thigh? I’m in.