Help, I Cannot Get Enough of These Sex and the City Memes | The Mary Sue

Help, I Cannot Get Enough of These Sex and the City Memes 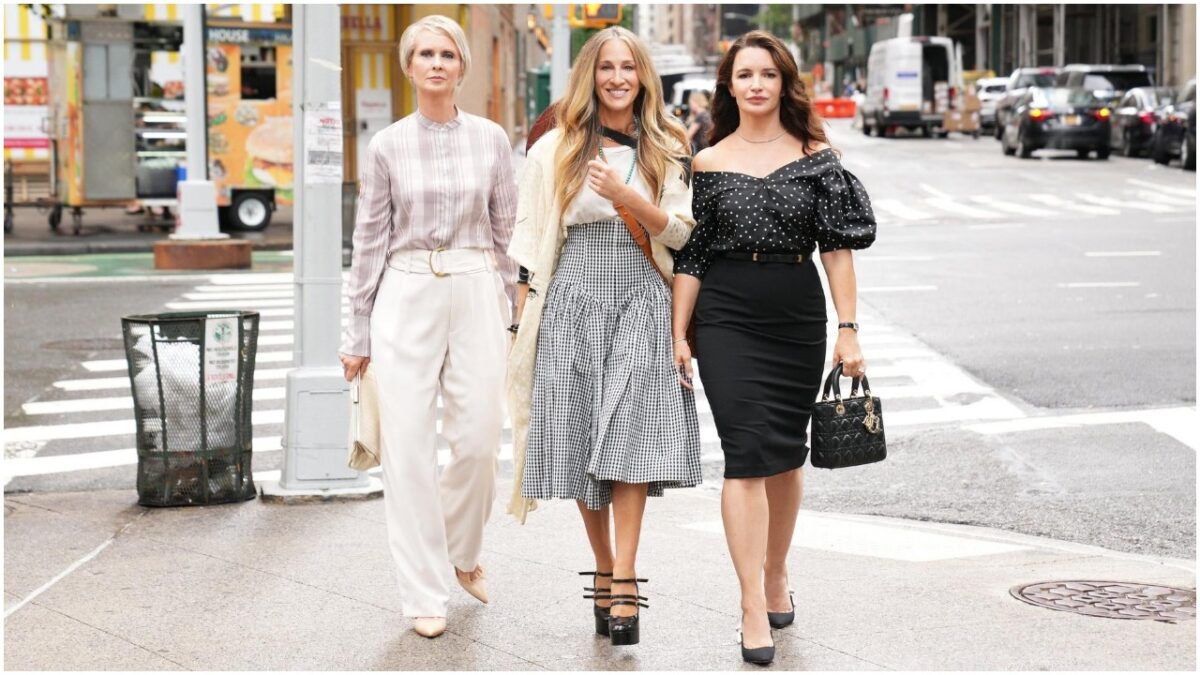 Whether we want it or not, the Sex and the City sequel is upon us. The iconic HBO series, which spawned two follow-up films, returns to HBO Max in the upcoming series And Just Like That, which sees Carrie (Sarah Jessica Parker), Miranda (Cynthia Nixon), and Charlotte (Kristin Davis) reunite to explore love, sex, and friendship in their 50s. Notably absent is Kim Cattrall’s Samantha Jones, who refused to return for the series.

Filming is already underway, and HBO Max has released a promo photo of the three ladies walking down the streets of New York City. But there’s something … off about the photo. Were the three women photoshopped? Was this taken in the Uncanny Valley? According to HBO, it’s really a photo of them together, so what is it exactly that throws the image off? Is it simply the absence of sex positive icon Samantha? We couldn’t help but wonder…what is the deal with this photo?

As always, we make the mistake of turning to Twitter for answers. And while the damn bird site can’t seem to explain this image, fans have taken it on as their own Photoshop challenge. The results are pretty hilarious, as are the alternate cast member suggestions to replace Cattrall. Let’s take a look:

First pics of the Sex and the City sequel have been released 😍😍😍 pic.twitter.com/bj11JdqvdN

BREAKING: #OKGREAT podcast host @itskisos has been cast on the Sex and the City reboot. 🐽 pic.twitter.com/L75nKER4hd

Wow. It's so cool to see the whole "Sex and the City" gang back together again! pic.twitter.com/UmIsGnYq53

Sex and the City and the Klaud pic.twitter.com/ye3ZeyLMA4

House of seX and the City #1 coming soon

“Dear Diary: It’s Not A Dream If It’s Real…” pic.twitter.com/Bz1kRZ0izy

Pretend It’s A Sex and the City Reboot pic.twitter.com/cFL4LwdzXk

If they don’t explain Samantha’s absence by her being in space then I really just don’t want it #andjustlikethat pic.twitter.com/n0l6FYA2xK

The superior Sex and the City pic.twitter.com/8w9EeqwwFv

Not sure about this replacement character for Samantha #AndJustLikeThat #SATC pic.twitter.com/DRVJC7WzK3

Can’t wait for the new Sex and the City show! pic.twitter.com/D3fRSyJKdC

Huh, I guess Kim Cattrall IS in the Sex and the City reboot, after all pic.twitter.com/U5Lnp2pBJ3

damn. this “sex and the city” reboot is looking crazy. pic.twitter.com/acigACimtq

The Sex and the City movie is going to be awesome. #SATC pic.twitter.com/5S4Estqk5S

The new Sex and the City looks WILD pic.twitter.com/TaSsVylPHx

It’s hard to tell which will be more satisfying: the series itself or the countless memes and internet jokes that the series will unleash. Frankly, I’m showing up for all of it.