Hellraiser’s Pinhead Is Daddy, in This Essay I Shall … 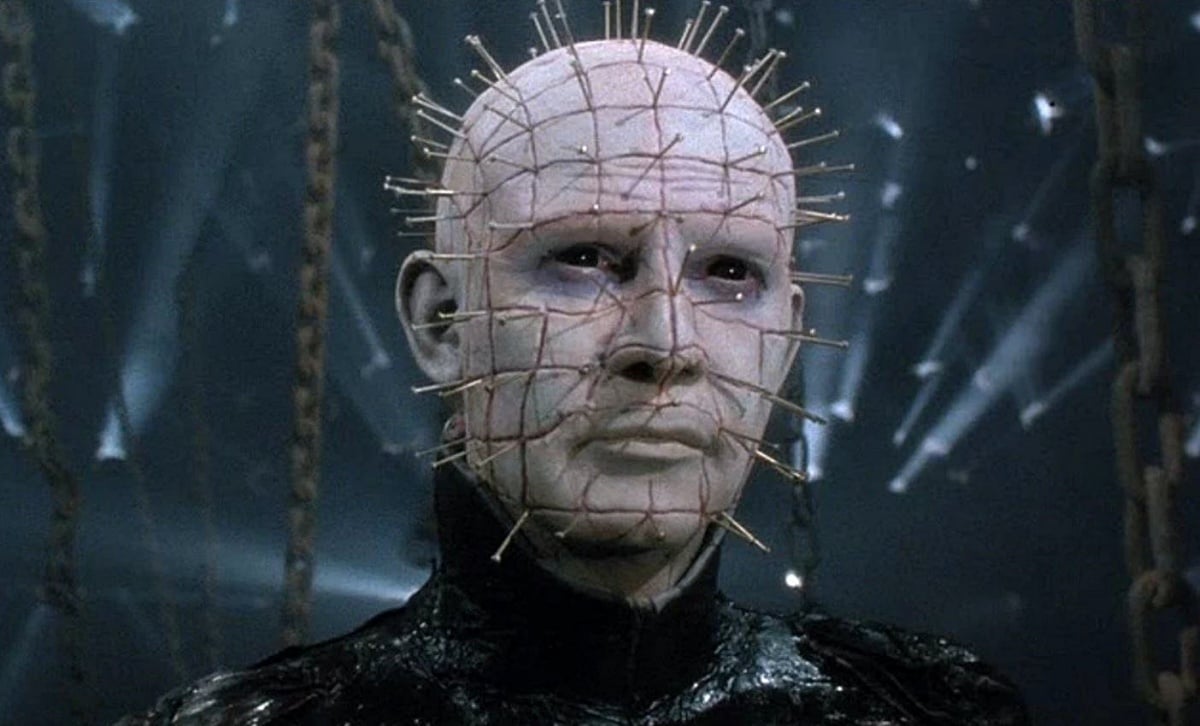 Yes, you did read that headline correctly, and yes, I do get paid for this.

Hellraiser is one of my favorite horror franchises—well, correction, the first two movies and the end of six are great. The rest are … technically films. Despite that, none of it has ever tainted the deep love I have for Pinhead.

Once just the nameless leader of the Cenobites, the later-named Pinhead is one of the most surprising (to some) sex symbols in horror. Why is that?

First of all, aesthetics are everything. The Cenobites are serving you leather, chains, and promises of something dark and twisted and delicious. Before Black Phillip was asking maidens if they wanted to live deliciously, Pinhead was delivering that pleasure principle on an experimental sadomasochism level. Which I respect.

As we go further into the series, it is revealed that Pinhead’s human name was Elliott Spencer and he was a soldier during World War I who became disenchanted and ended up opening the Lament Configuration, a.k.a. the puzzle box. As a result, he lost all of his memories and became dedicated to serving some giant silver diamond god of hell named Leviathan. If it comes with health benefits, not a bad gig, honestly.

In all seriousness, despite movies that do not always bring justice to the material, Doug Bradley’s performance and portrayal of Pinhead is as iconic as Robert Englund’s Freddy Krueger. Both have spent so much time in those roles that they are able to infuse them with a natural, lived-in charisma despite the fact that Freddy is a gregarious shit-talker and Pinhead is like the Picard of horror monsters.

So why is Pinhead daddy? Leather. Sad boy backstory. Could be caring, but chooses not to. Leather. Tall. Supernatural. And ultimately, he can be reasoned with. Much like an actual daddy, you can sometimes talk yourself out of being grounded.

After all, in the original film, Kirsty Cotton was able to explain to Pinhead that her uncle was the real asshole who should be taken, and eventually, in Hellraiser VI, she is able to exchange her cheating murdering husband’s soul for her own.

In all seriousness, the first two Hellraisers are a lot of fun, and this is my annual Halloween asking you all once again to watch them so I can have more people to talk to about them.