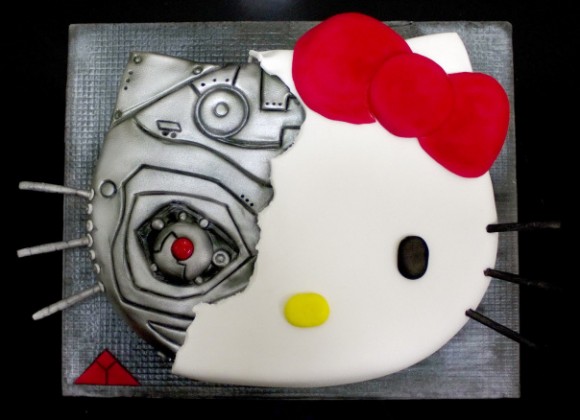 Last year we posted a fantastic Hello Kitty/Star Trek Borg mash-up cake created for a special birthday girl’s celebration. Laura from Star Cakes shared with us another Hello Kitty creation she made for the same girl this year. This time our fabulous cat is a Terminator! It even comes with a little Cyberdyne logo! I’ll be back…I just need to go get some milk.