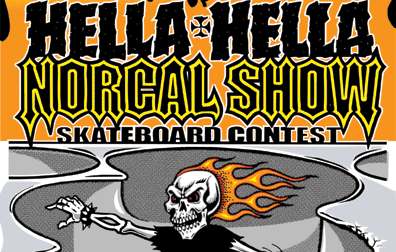 Because it is worth reporting on a college student’s zany quest, provided it is zany enough: CBS 13 reports that a physics student at UC Davis, Austin Sendek, is pushing to make the International System of Units (SI), which defines standard metric units worldwide, adopt “hella-” as the official prefix for units with a factor of 10 to the 27th power. Currently, the SI only goes up to 10 to the 24th power, the prefix of which is “yotta-.”

Along the lines of using the “kilo” prefix for kilometers or “giga” for gigabyte, Sendek is petitioning the International System of Units (SI) to use the term “hella” to describe really, really big measurements; such as the size of the universe.

“The diameter of the universe is 1.4 hellameters,” Sendek said. “You know if someone says that’s ‘hella meters’ you know exactly what they’re talking about.”

Reactions on the UC Davis campus were mixed — one physics student even told CBS13 she would switch majors if the proposal were accepted — and Sendek admits that the odds of his idea gaining traction are “hella small,” but he has his hopes.

Not to be missed: CBS’ helpful illustration for the article. 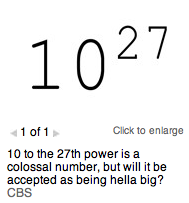