Let’s Talk About Hela and Imperialism in Thor: Ragnarok 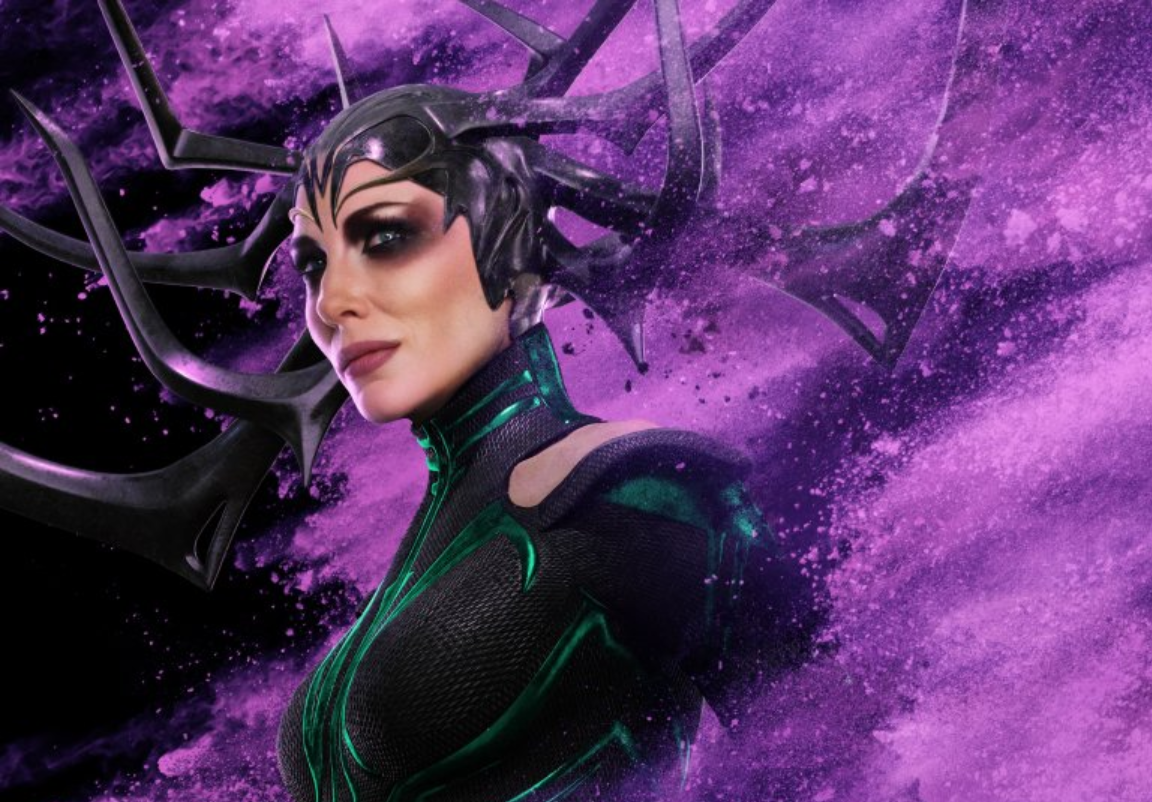 Now that most people have seen Thor: Ragnarok, I wanted to do a deep-dive on Hela, the villain of the movie. I’m going to discuss the ending and one of the big reveals, so here there be spoilers. You’ve been warned. This builds on some of the points from my initial review of the film, so if any of it sounds familiar – you caught me, I’m a little lazy and also wanted to talk about this more.

In the film, Hela is revealed as Thor and Loki’s long-hidden sister, who served as Odin’s “Executioner” in the early days of Asgard, laying waste to anyone who rose against them. When her imperial ambitions outstripped Odin’s, he locked her away in Hel and covered over any mention of her, deciding that now he wanted to be “a benevolent king.” Nine Realms, it turned out, was exactly the right number to subjugate.

Now, as far as her personal arc, I had some questions and issues with Hela as a villain. But that backstory does make her one hell of a powerful metaphor for imperialism – and a wonderfully smart and subversive villain.

Asgard’s always been pretty clearly imperial; Thor’s whole shtick is serving as the strong right arm of a monarchy, and this is an epic fantasy, so it comes with the territory. In the first movie, the entire first act is predicated on the Frost Giants trying to steal back the Casket of Ancient Winters – the “source of their power,” which was taken from them when they lost a war against Asgard, in order to ensure that they could never rise up again. And then in The Dark World, we discover that oh-so-forgettable Dark Elf Malekith hates Asgard because Odin’s father defeated the Dark Elves in a bloody war, “ushering in a peace that last thousands of years.” And how did he achieve that peace? “He killed them all.”

But because of the conventions of a sci-fi fantasy movie, we are typically meant to accept Asgard as an unironic World Police. Plus, the Frost Giants and the Dark Elves also want to unleash their own terrible conquests – but with more destruction and anarchy, so it’s either the ordered and benevolent oppression of Asgard or the messy violence of the other realms. In that scenario, we’re meant to root for Asgard.

But then, Thor: Ragnarok gave us Hela.

Unlike the Frost Giants or the Dark Elves, Hela isn’t here to obliterate Asgard; she’s here to unmask it. For Odin and the Asgardians who want to believe in their inherent benevolence, who think of themselves as the shining city eternal, she’s a reminder of exactly where that shiny stuff comes from. She literally sneers at Thor, “Odin and I drowned entire civilizations in blood and tears. Where do you think all this gold came from?” She’s the murderous, covetous, colonialist underbelly of any wealthy and powerful empire – and she refuses to hide away and let them all pretend to be wholly good. “Proud to have it,” she observes, looking at Asgard’s wealth, “but ashamed of how you got it.”

(While the suits obviously mastermind the plots for these films, I do not think it’s a coincidence that Ragnarok had an indigenous director.)

Of course, she’s still the villain of the piece; when she calls out Asgard for its hypocrisy, it’s because she wants them to embrace their bloodthirsty past. For Hela, the problem isn’t that they stole other people’s wealth and murdered them; it’s that they stopped finding more and more people to subjugate. She’s following the imperial mindset to its logical conclusion: if you deserve the wealth of the Nine Realms, if you’re the only ones who can be trusted to rule, why not all the worlds?

But they don’t end the film by rejecting Hela’s message and reestablishing the status quo. The film doesn’t suggest that it’s possible for Asgard to continue policing all nine realms in order to maintain “peace.” Instead, the only solution when your society is built on imperialism is to … burn it to the ground and start fresh. Hooray?

By establishing that Hela literally “draws her power” from Asgard, the movie makes it clear: the machine of expansionist violence is never going to stop as long as the golden city still stands. Maybe you can bury it for a while, but the empire and its worst servants feed off one another. To get rid of one, you have to get rid of both. Now I know this sounds like a pretty hardcore reading of a corporate superhero flick, and the core of this film is definitely comedy, but that is still the ending – and yeah, it is still weirdly radical for its genre.

I recognize that on one level I am the definition of reading a lot into a film, but c’mon. Who doesn’t want their superhero comedy to come with a little subversive message about empire?