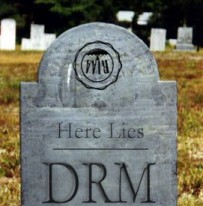 As of last night, what purports to be a “master key” for HDCP has leaked. HDCP, or High-bandwidth Digital Content Protection, is an Intel-developed DRM [digital rights management] protocol that prevents the copying of digital and audio content via a set of 40 56-bit keys. What’s more, HDCP keys can be revoked if a set of keys has been found to be “compromised,” rendering them unplayable. HDCP is currently the DRM standard for HDMI and other transmissions.

But if this master key leak, which was reported last night by Engadget, is legitimate — ZDNet has reproduced a copy of the alleged key — it will be possible for anyone to generate their own source and sink keys, rendering HDCP protections all but useless.

Who discovered this and by what technique isn’t immediately clear, but as early as 2001 security researcher Niels Ferguson proposed that it could be easily revealed by knowing the keys of less than 50 different devices. Hardware HDCP rippers like the HDfury2 and DVIMAGIC have been around for a while and various AACS cracks easily allow rips of Blu-ray discs but if this information is what it claims to be, then the DRM genie could be permanently out of the bag allowing perfect high definition copies of anything as long as the current connector standards are around. While it’s unlikely your average user would flash their capture device with a brand new key and get to copying uncompressed HD audio and video, keeping those early releases off of the torrents in bit perfect quality could go from difficult to impossible.

So: If the master key holds up, torrent quality and availability will get better, fast. Granted, things like video capture cards already exist to record high-quality TV recordings straight to your hard disk as they play, but an HDCP master key would present a true crack rather than a workaround, and would be of symbolic as well as practical import. It seems likely that the content providers that use HDCP will want to develop or switch to an as yet uncracked DRM format as fast as they can to prevent the supposed profit leak this represents, although ‘as fast as they can’ may not mean very much in this case. An HDCP crack would hardly kill DRM or the philosophy behind it, but it would represent a free-for-all on a ton of content currently protected by HDCP.