Our favorite dysfunctional found super-fam is back. 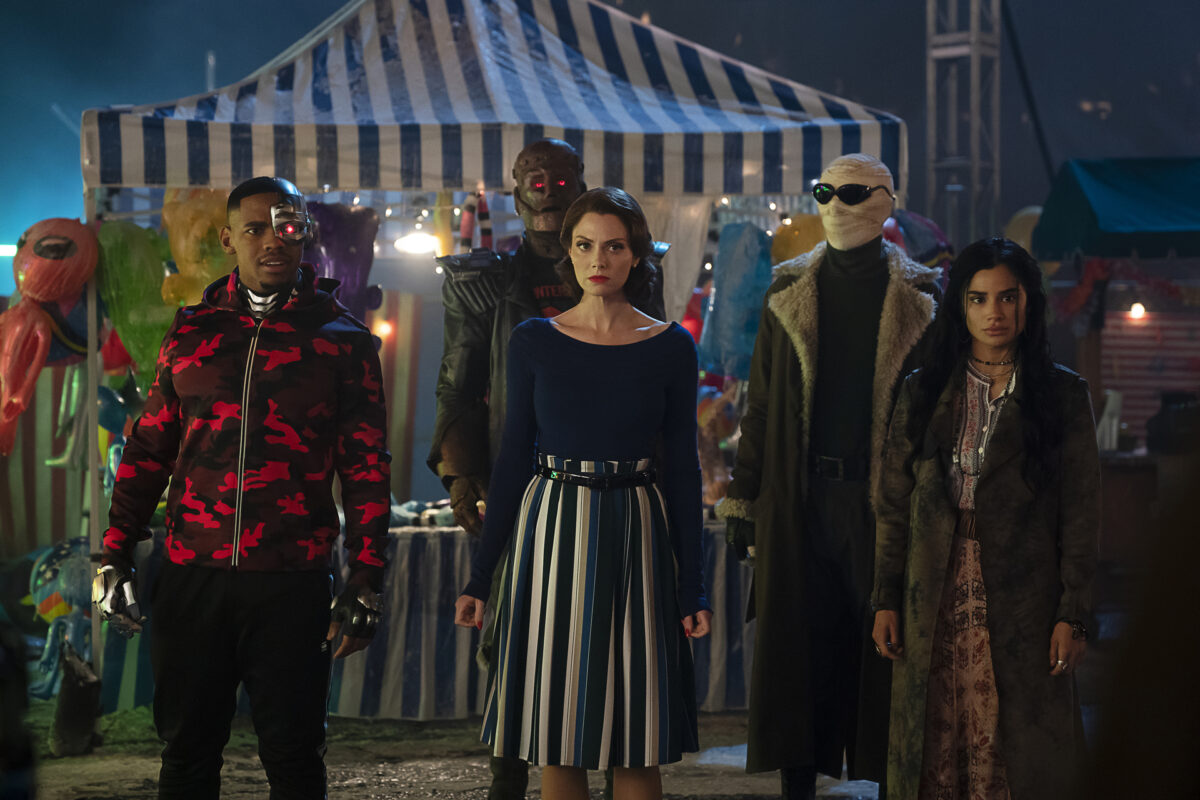 Good news, everyone! Our favorite dysfunctional found super-family is back. HBO Max announced that they have renewed Doom Patrol for a third season. Executive producer Jeremy Carver said, “On behalf of the wonderful cast, writers and crew, we are thrilled and grateful for the opportunity to return to Doom Manor. And we are especially thankful for our partners at Berlanti Productions, Warner Bros. Television, DC Universe and, of course, HBO Max.”

You didn’t think we’d leave you hanging, did you? pic.twitter.com/fVKDH576NP

The critically acclaimed show was originally created for DC Universe, the short-lived streaming service that was also home to other DC originals like Titans, Harley Quinn, and Young Justice. After Warner Bros. and AT&T merged, DC Universe was folded into the company’s larger streaming service HBO Max, where the second season of Doom Patrol aired on both services.

While some shows were casualties of the merger (Swamp Thing, we hardly knew ye) others benefited from exposure to a wider audience. Sarah Aubrey, head of original content at HBO Max said, “Doom Patrol came to HBO Max with an already deep and passionate fan base and has risen to the top as one of the most watched Max Originals on the platform. The series sits well in our portfolio and we are glad to greenlight a third season to continue this distinctive style of storytelling that resonates so well with critics and fans alike.”

Doom Patrol follows a collection of powered people who form a found family as they struggle to deal with their collective trauma. The group includes Robotman (Brendan Fraser and Riley Shanahan), Negative Man (Matt Bomer and Matthew Zuk), Crazy Jane (Diane Guerrero), Elasti-Woman (April Bowlby), and Cyborg (Joivan Wade). Brought together by leader Niles Caulder (Timothy Dalton) aka The Chief, they learn to work together to take on super-villain threats from around the world.

The show has received rave reviews and a devoted fanbase, thanks to trippy visuals, surreal storytelling, and smart blend of humor and pathos. The second season saw our heroes struggle to come to terms with a massive betrayal, while dealing with the arrival of Niles’ daughter Dorothy (Abigail Shapiro). Oh, and there was a big ole’ cliffhanger that will hopefully now get resolved in season 3!

In addition to the Doom Patrol news, HBO Max has announced that season 4 of Young Justice will be titled Phantoms, and revealed some new logo art for the season:

BREAKING: #YoungJustice has been renewed for a fourth season with the subtitle PHANTOMS! Details: https://t.co/nM40ydGEmD

In a television landscape glutted with superhero content, Doom Patrol remains a wholly unique and delightful entry. We can’t wait to see what season three has in store for the team.