If We’re Going To Have a Big Little Lies Season 2, We Need To Talk About Jane’s Eating Disorder 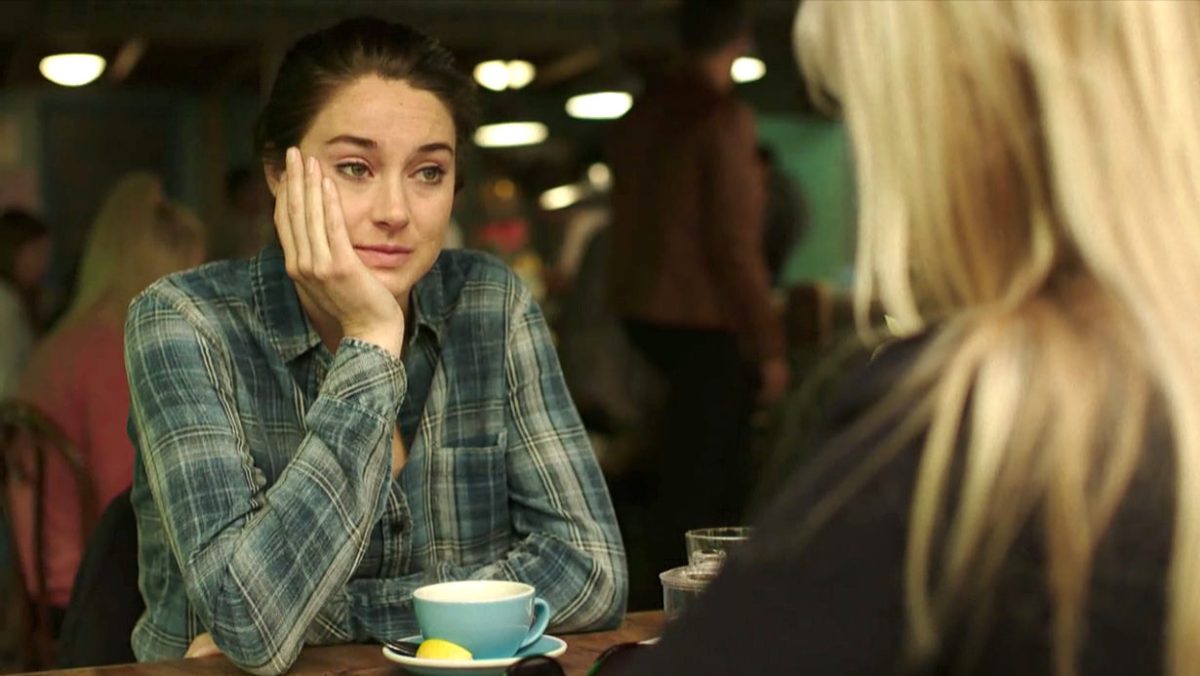 I, like many people, became obsessed with the HBO miniseries Big Little Lies when it premiered February of last year—a dark comedic tale of murder, secrets, rumors, and motherhood, set in sunny California. After hearing rave reviews about it on Twitter, I gave it a shot and instantly fell in love, blowing through all eight episodes in one weekend. I instantly connected with each of the moms of Monterey as I tried to unravel the mystery.

When it was over, I bought a copy of the book Big Little Lies by Liane Moriarty, because if the show was amazing, the book must be even better, right?

Just like the HBO show, Big Little Lies had me laughing, crying, and most importantly, feeling seen. I could relate to Celeste, Jane, and Madeleine on a more personal level than I could with the show, which is common in book-to-screen adaptations. However, despite some changes that were only startling at first—the book is set in Australia, not California; Madeleine and Ed have two children together, a son and a daughter, etc.—I thought it was a good book-to-TV adaptation.

Until I got to the major plot point of Jane’s character.

Jane Chapman (played by Shailene Woodley in the series) is one of the main characters in both the show and the book. She is a young, single mother who has just moved to Monterey. Her storyline in the show involves her five-year-old son Ziggy, accused of physically bullying a female classmate, and her coping with the rape that led to her son’s conception. Eventually, at the series’ nail-biting climax, we learn that Perry, Celeste’s abusive husband, was the man who raped Jane.

All this is relatively the same in the book, except for one huge difference: Jane has an eating disorder.

If you were surprised by that fact, you are not alone. It was not mentioned or shown in any part of the series, and it’s kind of a big deal.

When eating disorders show up in media, be it books, movies, or TV shows, it’s usually in a story targeted towards the young adult crowd. Those with eating disorders are usually white, traditionally beautiful, teenage cis girls, typically dancers or cheerleaders, rail thin with an obsession with counting calories. Often, they are wealthy and portrayed as a “mean girl,” like Regina George, Blair Waldorf, and others. Their illness is either downplayed, used as an example of their vanity, or not with dealt with all. Most of us can remember the “eating disorder” episodes from our favorite TV shows growing up (Full House, Lizzie Mcguire, Glee, just to name a few) where a character deals with an eating disorder for exactly one episode, everyone learns a valuable lesson, and it’s never mentioned again, even though eating disorders are lifelong battles you can die from.

Jane Chapman is different. While she is a straight, white cis woman, she is also a 24-year-old single mother. She’s not portrayed as vain. In the book, she doesn’t wear makeup, and her face is described as “naked and raw—like it had just been scrubbed too hard.” Jane also declines to eat on occasions and has intrusive thoughts like, “You’re a fat, ugly little girl.”

Before her rape, Jane described herself as overweight: “Some people would say I was fat.”

After her rape, Jane went into a deep depression, dropping out of college and moving back home and sleeping all day. It’s then when she had an uncomfortable association with food:

“’I didn’t mean to lose so much weight,” said Jane. ‘It made me angry that I lost weight, as if I were doing it for him, but I got all weird about food after that. Every time I went to eat it was like I could see myself eating—slovenly fat girl eating. And my throat would just…’ She tapped a hand to her throat and swallowed.”

This is what Jane is suffering from. She may not be counting calories, or purging, but her relationship with food is unhealthy and abnormal. She is seeing a distorted image of herself due to trauma, and her eating disorder is a side effect of that.

We rarely think of eating disorders as a side effect of something. We normally see it as its own mental illness, with no co-occurring disorders or special issues. But that isn’t always the case. Eating disorders are often triggered by anxiety, depression, substance abuse, trauma, & PTSD. Jane went through a horrible, life-changing event, and because of that, she gained an eating disorder. It wasn’t her intention to lose weight, but it happened, and it’s quite common. According to the NEDA, “Traumatic events, especially those involving violence between people, have been found to be significant risk factors for the development of a variety of psychiatric disorders, including eating disorders”. It is not uncommon that when a traumatic event happens, an eating disorder is soon to follow, especially in those who are predisposed to an eating disorder.

As Madeline astutely put it:

“It seemed that Jane’s mother had probably helped the groundwork for Jane’s mixed-up feelings about food. The media had done its bit, and women in general, with their willingness to feel bad about themselves, and then Saxton Banks had finished the job.”

Eating disorders are not caused exclusively by one factor at one point in time. I can look at my eating disorder history and see which events have caused its development; many people can. It’s never just about one thing; it’s a lifetime of different causations that can trigger it.

The chapter about Jane’s eating disorder is one of the most powerful chapters in the book. Not only do we see how Jane developed her disorder, but also how Madeline, who is a well-meaning, loyal, but rather shallow woman, deals with Jane’s illness. She wants to tell Jane that she’s beautiful, but Jane is not having any of it:

“ ‘No!’ said Jane angrily. ‘I’m not! And that’s OK that I’m not. We’re not all beautiful, just like we’re not all musical, and that’s fine. And don’t give me that inner beauty shining through crap either.’

Madeline, who had been about to give her that inner beauty shining through crap, closed her mouth”.

This chapter, and the book itself, deals a lot with beauty standards, self-esteem, how we view ourselves, and why we, as women, need to feel beautiful and thin all the time, and none of that translated into the show. I cried reading that scene, because it was everything I’ve been feeling for so many years dealing with my own illness. I finally felt seen, and I was retroactively angry with the show for cutting out such a necessary, empowering scene.

To be fair, there was a lot the show needed to cover in eight episodes. It focused so much on Celeste’s domestic abuse storyline (which is a very important issue) and Madeline’s affair (which wasn’t even in the book!) that it would be hard to fit Jane’s eating disorder into things. The show also changed Jane’s rape, making it more sexually violent and less verbally abusive, so the “fat ugly little girl” line never came up. Still, it was an important, empowering plot point that should have been in the show.

However, there is still hope.

Before I read the book, I was annoyed that they was doing a season two. It was a miniseries, and the initial season already covered the plot of the book. Now, I’m excited for the second season because I have a second chance to get my representation, and we could get that. Andrea Arnold will direct season two, replacing first season director Jean-Marc Vallee, and while men can and do have eating disorders, a woman director may be more likely to get into that material. Last April, Liane Moriarty teased that HBO producers had asked her to come up with more storylines for season 2, so she could bring up Jane’s eating disorder this season. There’s hope for us yet.

While Meryl Streep and a whole other season of a brilliant show with an all-star cast is great, it’s pointless if they’re not willing to take on issues like this. So rarely do we have a good representation of eating disorders, such an accurate view of what’s it like suffer from this illness, that it would be a shame and a disservice not to bring it to screen. Season one tackled domestic violence and sexual assault. For season two, let’s take on eating disorders and beauty standards.