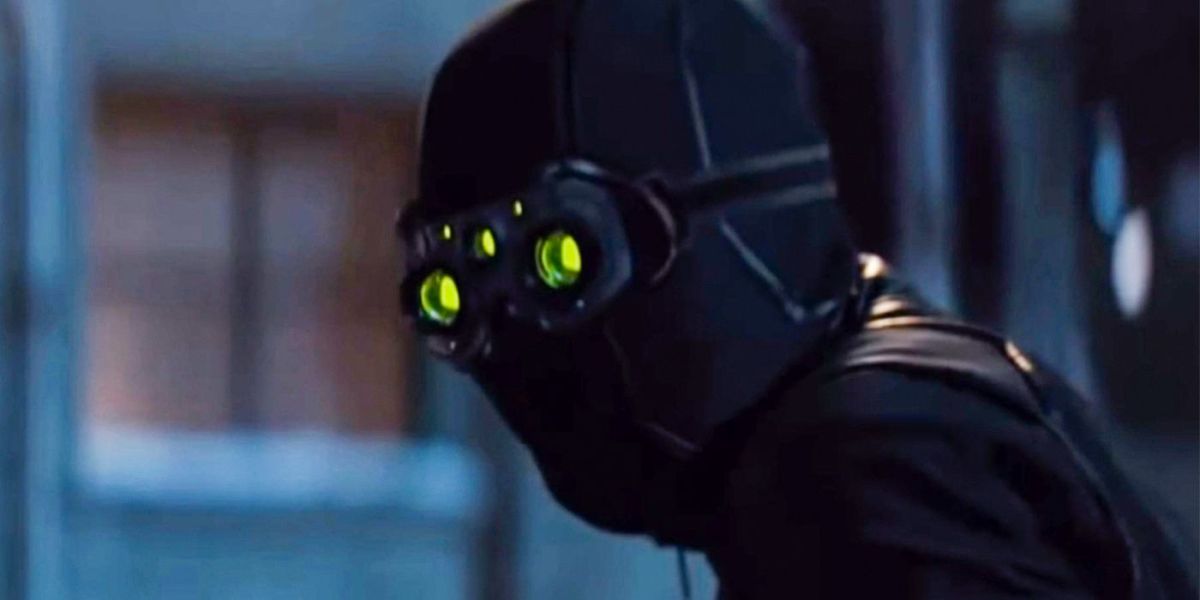 We saw in the preview for episode 4 “Partners, Am I Right?” that a masked figure was fighting Clint and Kate. And this week, the end of the episode revealed exactly who Clint and Kate were up against, and it isn’t someone they really want to be messing with. In a show with plenty of people out to get Kate and Clint, this seems like someone they are almost outmatched by, and it isn’t going to end well for them.

So, let’s talk about the masked figure and why they’re important.

**Spoilers for Hawkeye episode 4 “Partners, Am I Right?” lie within.**

Finally, the time is here, and Yelena Belova certainly pulled her punches. At the end of “Partners, Am I Right?” Clint is fighting on a roof and says to Kate that he’s fighting Maya, when Maya is clearly fighting Kate in her apartment. So who is Clint fighting? None other than Yelena Belova, who, instead of trying to kill him, was clearly trying to keep him alive.

Now, if you remember the end of Black Widow, her orders were not to question Clint. They were to take a “shot” at the man responsible for the death of Natasha Romanoff. But I don’t think that Yelena is ready to just outright end his life and be done with it. In fact, I didn’t think she’d try to fight Clint at all, but she is clearly still angry about her sister’s death two years later.

What makes this fight so good is that Yelena is clearly holding back. We know her strength and abilities, so she could have easily taken Clint on in the same way she and Natasha fought each other in Black Widow. If anything, she was trying harder then than she is in Hawkeye.

So the question now is: Why? Why hold back if Val told her that Clint is responsible for Nat’s death? I think it is because she wants answers. After all the stories that Nat told her about her time with Clint and their relationship, I don’t think that Yelena would just blindly believe Valentina and whatever story she’s telling about him. Yelena is too smart for that. Sure, I think she still would want to fight Clint, but I don’t think she’d fully put the blame on him without getting answers first.

And that was proven by the fact that she didn’t kill anyone in that fight. She stunned or tried to get them away from her and Clint, but everyone came out of the fight relatively unharmed. When Kate is thrown off the roof, Yelena doesn’t kill her. In fact, she just makes it so Kate can’t instantly come to Clint’s aid—same with Echo, even though Yelena doesn’t know that Echo is against them.

So, what does it mean? Personally, I just think that we’re going to see Clint try to figure out who this Black Widow is because, as we see at the end, he thinks someone simply hired a Black Widow assassin to come after him, not that she has an emotional connection to Nat.