Study: Your Fish is Unhappy With Its Small, Boring Tank 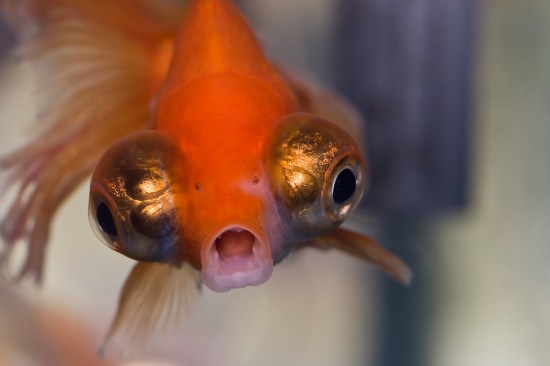 The first study to take a comprehensive look at fish aggression related to the size of the environment has revealed that most pet fish are probably really, really upset. The study found that cramped, boring conditions can make normally placid fish irritable, and sometimes aggressive to the point of attacking and killing their tankmates.

The study, led by Ronald Oldfield with Case Western Reserve University was published in a recent edition of Journal of Applied Animal Welfare Science. In it, Oldfield looked at the Midas cichlid in three different environments. The first, the fish’s natural home in a Nicaraguan lake; the second, a cunningly crafted artificial stream in a zoo; and third, the much smaller tanks used by pet owners.

Oldfield found that the fish, which were all juvenile so as to rule out the behavioral changes associated with mating, behaved dramatically different in the smaller tanks. In such tanks, he observed fin-flaring and other signs of moderate aggression. Sometimes, this escalated to nipping, and even attacking other fish in the tank.

Besides tank size, Oldfield also looked at the so-called “complexity” of each tank. He found that tanks that had plants, rocks, and hiding places had less aggressive fish. Small, boring tanks had the opposite effect, with fish in these tanks showing more signs of aggression.

While the welfare of aquarium fish may seem like a low priority, there are apparently well over 182.9 million fish currently in captivity in the U.S. alone. Furthermore, any fish owner certainly doesn’t want their pets to be unhappy. Especially if that pet happens to be particularly expensive. But Oldfied thinks that his work could have larger implications, suggesting that humans could possibly behave like fish when put into crowded, confined spaces with little stimulation.

So the takeaway is for all you icthyophiles out there: Give your aquatic pal the big, interesting tank he/she/it deserves.